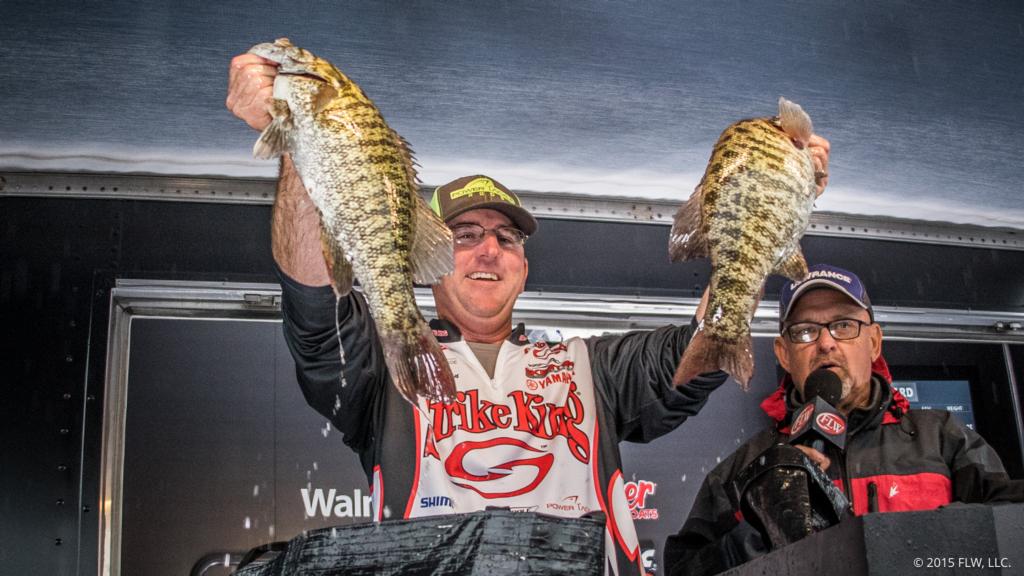 In the world of tournament bass fishing there are two types of learning. One is the mechanical side of the sport, which involves tactics and techniques. The other is learning how to win tournaments, which is so abstract and visceral it simply can’t be taught.

On Saturday, Ray Hanselman of Del Rio, Texas, proved that he has mastered both versions of the tournament-fishing learning process by accomplishing the unthinkable: In a single Rayovac FLW Series season, Hanselman not only won all three Texas Division regular-season events, but he completed the Rayovac Grand Slam by winning this week’s Rayovac FLW Series Championship on the Ohio River. The tournament was hosted by the Paducah Convention & Visitors Bureau and the City of Paducah.

“This is epic,” Hanselman says. “I really don’t know how else to explain it. I’m in shock. It’s so hard to put into words.

“In the past, I’d have a really good first day in a tournament and something would go wrong and I’d just spin out,” he continues. “But this year when things went wrong, I maintained composure and stayed focused on finishing the game without losing it before it ended.”

“In the game of golf, the guys who do that professionally are so strong mentally,” he explains. “Look at what Jordan Spieth has done [finishing first or second in all four major golf tournaments in 2015 at age 22]. It’s amazing. They have the focus to see the game all the way to the end, and that’s really what I’ve tried to do in my fishing this year – see it all the way to the end.”

Hanselman says his Texas Division victories on Lake Amistad, Sam Rayburn Reservoir and Lake Texoma lined up perfectly, with each one landing in his wheelhouse for power techniques with big baits. As the year progressed, his confidence only grew stronger.

Hanselman brought that same big-bait confidence to the Ohio River. During the pre-practice period he had several big smallmouths follow a big swimbait to the boat. Once he saw the bruiser bronzebacks react to a swimbait, he knew exactly how he would fish the Championship.

During the four-day official practice, Hanselman refined his technique to lobbing umbrella rigs on current breaks, and he was off to the races, or better yet, the tailraces.

Hanselman spent most of his tournament week fishing the Tennessee River at the base of Kentucky Dam. 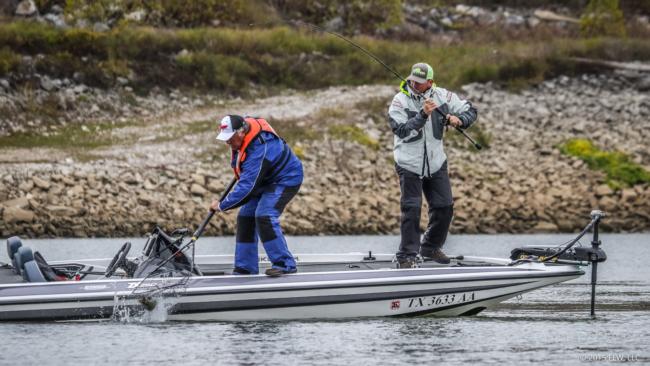 On the surface, Hanselman’s tactics on the Tennessee River looked like tailrace fishing 101: He tucked in behind obvious current breaks such as barge tie-ups and bridge columns to sling repetitive casts into the eddies formed by the structures.

But the subtleties of Hanselman’s technique went a little deeper than that. For starters, Hanselman says he was hunting a unique form of smooth, “slate-type” flat rock. The hard, flat slate surface bottomed out in about 9 feet of water and broke off behind it into about 14 feet, into holes and pockets where big smallmouths would tuck down to ambush prey.

His primary weapon to target the rock was an umbrella rig that he modified specifically for the Tennessee River. He intentionally varied the weights and sizes of the swimbait bodies on the umbrella rig to make it perfectly balanced for the rate of the current flow.

Of the five wires on the rig, the top two were dummies with no hooks and 3-inch swimbaits. The two lower wires were adorned with 1/2-ounce Strike King Squadron jigheads and 4-inch swimmers. Finally, the middle wire was specially sweetened with a 3/4-ounce head and a larger, “lazier” 5-inch swimmer that gave the impression of a minnow that was just a little too fat and sluggish to keep up with the rest of the swimbait school.

“The key was to get the rig to fall in behind the current breaks,” he explains. “I would hold tension on the rig in current, and I could always feel the current sort of pulling on it. But if it ever fell in behind one of those rips behind the rock, the whole rig would sort of collapse and go slack. That’s when my hair would stand up because I knew I was fixing to get slammed.” 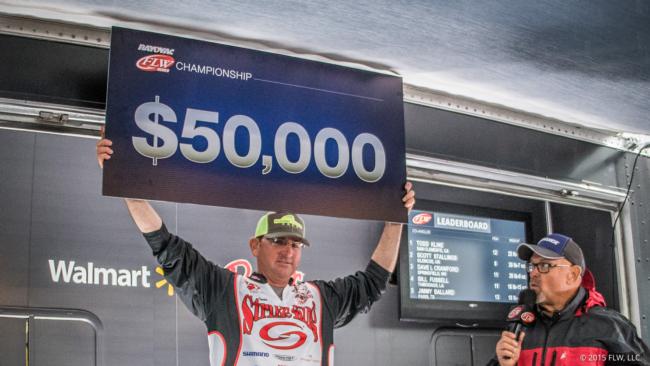 By combining the pothole breaks and the umbrella rig for three days, Hanselman dialed up the right combination to fool 15 bass weighing 46 pounds, 11 ounces for his historical win.