Top 10 Baits from the Ohio River 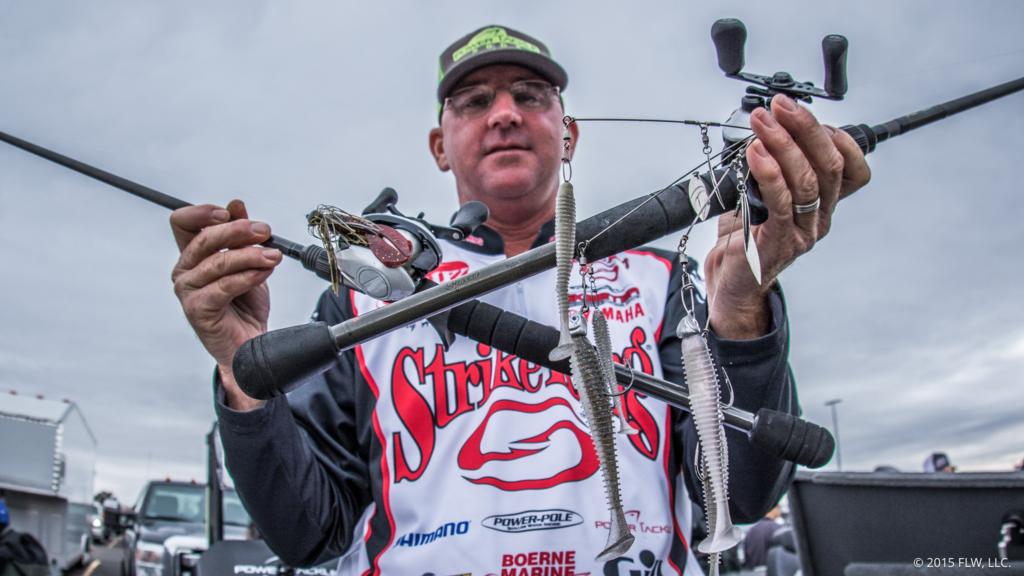 The Rayovac FLW Series Championship on the Ohio River showed off a range of techniques – from traditional Ohio River patterns to smallmouth deals for the Tennessee River. In fact, if you followed the event hosted by the Paducah Convention & Visitors Bureau and the City of Paducah you almost certainly have some new ideas about how to catch big smallmouths in the fall.

These are the baits that got the job done. 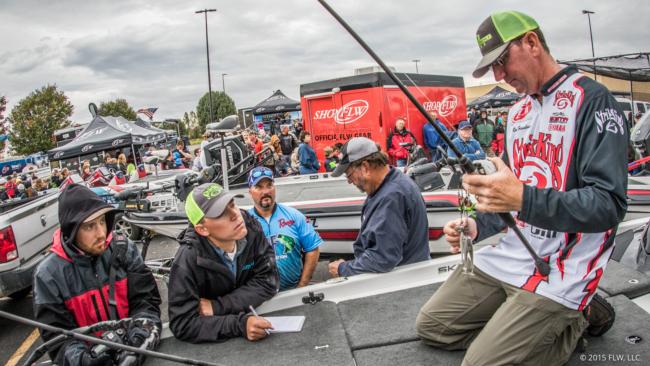 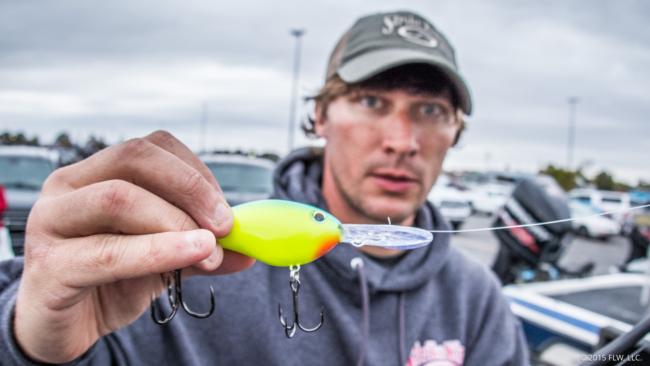 2. Brandon Perkins primary tactic was cranking a chartreuse blue back-colored Strike King 6XD for smallmouths. He used 10-pound-test fluorocarbon and a 7-11 medium-heavy Hammer Rod to get the most out of it. 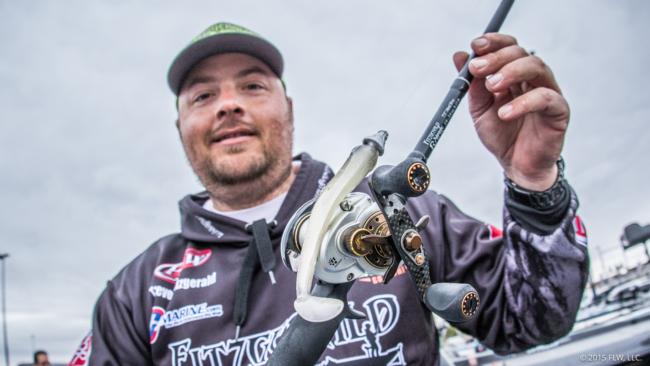 3. To catch the first smallmouths of his life Trevor Fitzgerald used a homemade 1/2-ounce pb&j-colored football jig with a green pumpkin Zoom Fat Albert Twin Tail and a 4.5-inch True Bass Little Head swimbait on a 3/4-ounce Revenge head. A 7-3 medium-heavy power, fast action Fitzgerald Rods Stunner HD was his stick of choice for both. 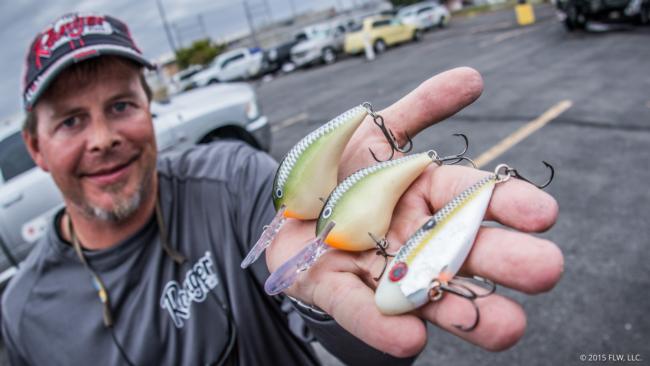 4. Brian Holder stuck to crankbaits for his catch – his primary baits were Rapala DT 10s and 14s and a Strike King Red Eye Shad. 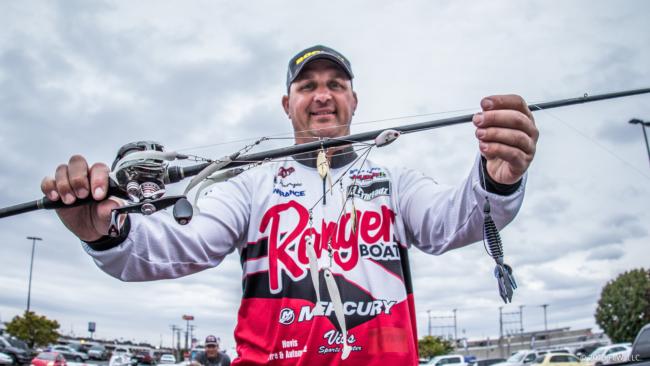 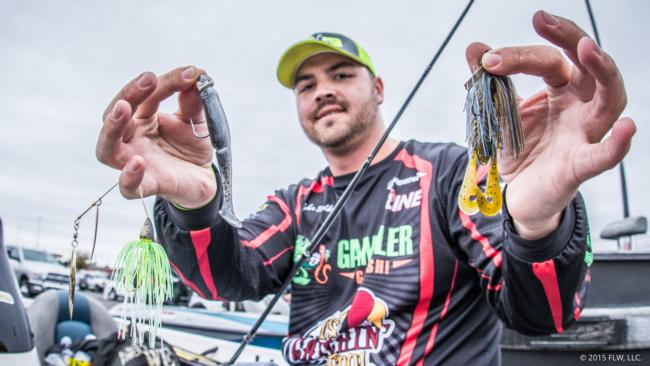 6. The good ol’ combo of a Carolina rig and a jig produced for Tyler Suddarth. His jig of choice was a 1/2-ounce Strike King Tour Grade Football Jig and he paired it with a Gambler Burner Craw for the trailer. Suddarth also mixed in a 3/4-ounce War Eagle spinnerbait and a Gambler EZ Swimmer. 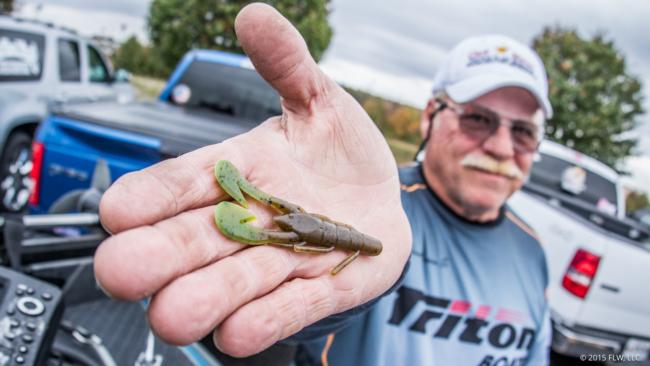 7. David Barnes threw a Carolina rig almost exclusively. His plastic of choice on the rig was a 4-inch Zoom Ultra Vibe Speed Craw (green pumpkin) with the pincers dipped in chartreuse. 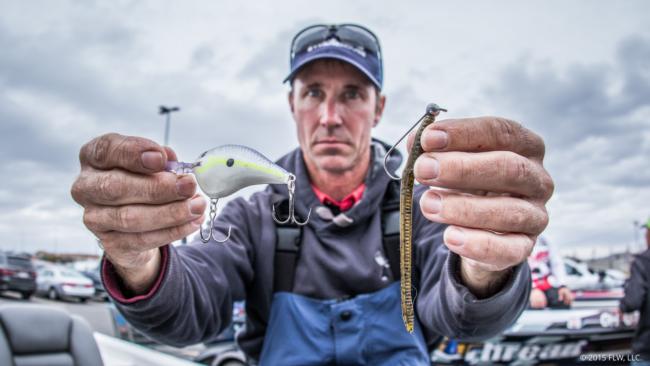 8. Jeff Hippert worked the rivers with a green pumpkin Zoom Finesse Worm on a 1/8-ounce Owner shaky head and a Rapala DT10 in Helsinki Shad. 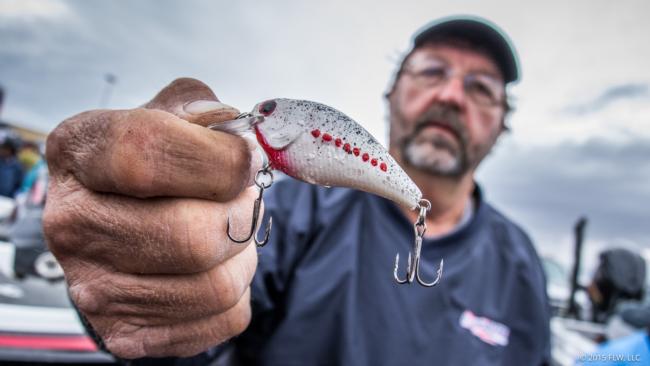 9. Way up in the Ohio, Bill Chapman caught the majority of his fish on a Lucky Craft 1.5 with a custom paint job. 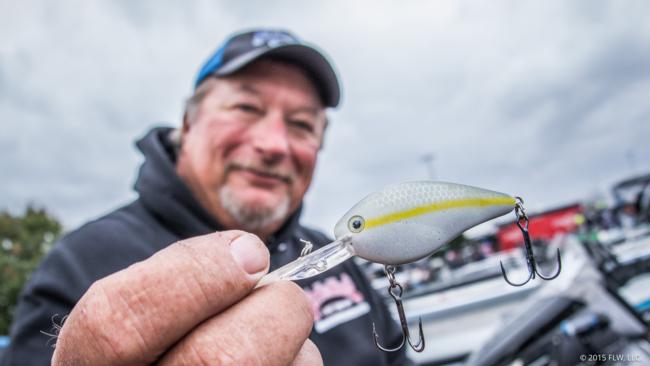 10. This is likely the only photo in existence of Denny Brauer holding up a crankbait. The legendary pro used the Strike King HC Flat Side in sexy blueback herring to catch the majority of his weight on the Ohio.