Shasta on the Rise 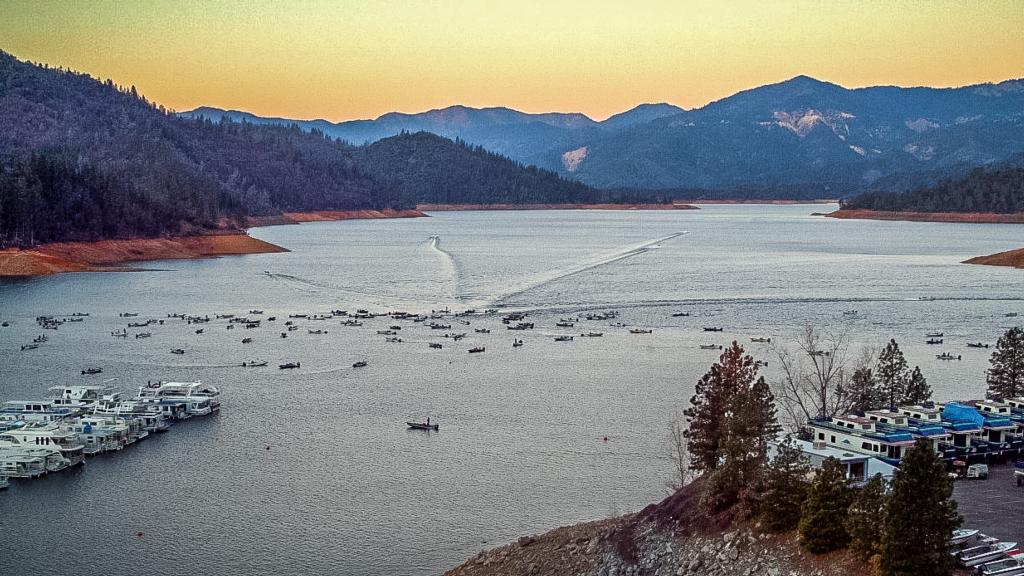 The Costa FLW Series Western Division fires up this week at one of the West’s premier spotted bass fisheries: Shasta Lake in northern California. The tournament, presented by Minn Kota, runs Feb. 18-20, and the timing might be just right for a catchfest. 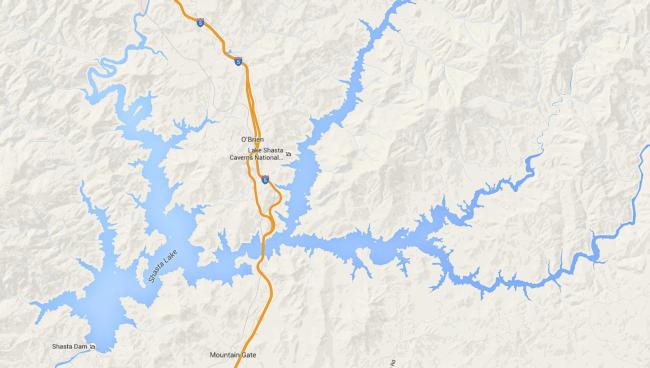 Situated on the Sacramento River in northern California below Mount Shasta of the snow-capped Cascade Range, Shasta Lake was built in the ’40s and is home to both coldwater and warmwater fish. For tournament anglers, the star of the lake isn’t the trout fishery (mostly supported by stocking), or the incredible scenery, but the plentiful spotted bass in the mountain impoundment.

Shasta will have upward of 270 miles of shoreline when the tournaments starts, almost all of which consists of various rocky bluffs, cuts, points and islands basically devoid of vegetation. Shasta also fluctuates tremendously depending on the rain and snowfall in the area, and is very much on the rise at the moment. Though the lake is coming up, there should still be plenty of clean water to be found in most places, with visibility to about 4 feet below the surface in many areas.

Historically, the average daily catch needed to win a multi-day winter tournament on Shasta ranges from about 12 to 13 pounds, and almost exclusively consists of spotted bass, though largemouths and smallmouths are both in the lake as well. One of the heaviest tournament stringers to come from Shasta was registered by Mark Meddock in a late-March romp in 2006. Meddock sacked up 64-13 over four days of competition – or better than a 16-pounds-per-day average.

Though the fishing should be good this time around, weights aren’t likely to match Meddock’s this week. More likely the winning catch of the Costa event will be in the range of the sack that won a big pro/am event held there at the end of January. It took just less than 24 pounds to win first place in the two-day competition. With any luck, some of the FLW Series anglers should be able to equal or surpass that average. 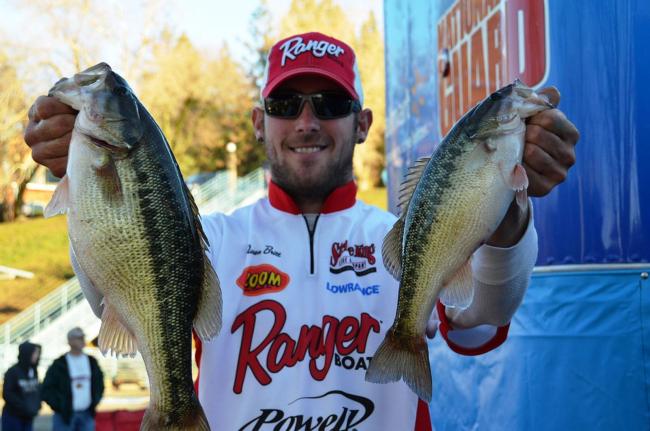 “I was out there for five days about a week and a half ago, and it was brutal the entire time, though it seems to be the complete opposite now,” says Aaron Britt, who finished second on Shasta as a co-angler before and has since stepped to the front of the boat. “I think it won’t be terrible during the tournament, but it’ll be wet.”

Britt’s confidence going forward stems from the forecast. Like the rest of the country, winter never really settled in at Shasta, but the water temperature is in the high 40s to low 50s nonetheless. The forecast promises to warm that water up at least a few more degrees this week, with air temperatures in the 60s and 70s on tap before the rain returns and lowers the water temperature down into the 50s and 60s for the tournament.

“It has actually cooled off a little since January,” says Walmart FLW Tour pro Jimmy Reese, who visited Shasta for some scouting at the beginning of the month. “You’d like to think that this week of really nice weather will make them transition into prespawn, but we’re going to find out a lot this week.”

While the water temperature is on the rise, the lake is too. Shasta has been coming up about a half-foot per day and has risen nearly 65 feet since early January. If the water had come up 65 feet on, say, Guntersville, that would be a problem; on Shasta, it doesn’t have quite as much impact.

“Since the fall, the lake has probably come up 100 feet,” explains Britt. “Depending on which arm you go to, it can be muddy, but it isn’t terrible out in the main body. The past month we got a whole bunch of rain, and it blew a lot of reservoirs out, but we haven’t had anything substantial in a few weeks.”

Because the spotted bass don’t have access to flooded bushes or similar cover to make it more difficult for anglers to reach them, almost all the typical Shasta patterns will be in play. That means that flats, humps, points and almost any other winter or prespawn-type rock imaginable could hold the winning fish.

Good bite or bad, the baits in play to catch them are nothing fancy.

“The umbrella rig works – it definitely works – but small swimbaits on ballheads and underspins are the name of the game sometimes,” says Britt. “They’ll eat that umbrella rig, but a lot of times they eat that finesse stuff better when it’s really high and bright and calm.

“I think it’s going to be won on a swimbait of some sort, and it might be 2 inches long or 10 inches long. That’s usually how it goes in California in the winter.”

Reese doesn’t argue with that summation, but notes that while a swimbait of some sort could play, there are other ways to catch Shasta bass.

Besides the whole range of swimbaits, from little Keitechs to Huddlestons, there could be a crankbait bite if the fish are pushing shallow, and a drop-shot, shaky head, tube or Yamamoto Senko can never be counted out for spotted bass in the winter.

The Costa FLW Series Western Division event on Shasta Lake is a three-day matchup set for Feb. 18-20. All pros and co-anglers fish the first two days, and the top 10 anglers in each division based on cumulative two-day weight qualify to fish on day three. The heaviest three-day cumulative weight wins.

Fans at home can tune in to the weigh-ins via FLW Live at FLWFishing.com.