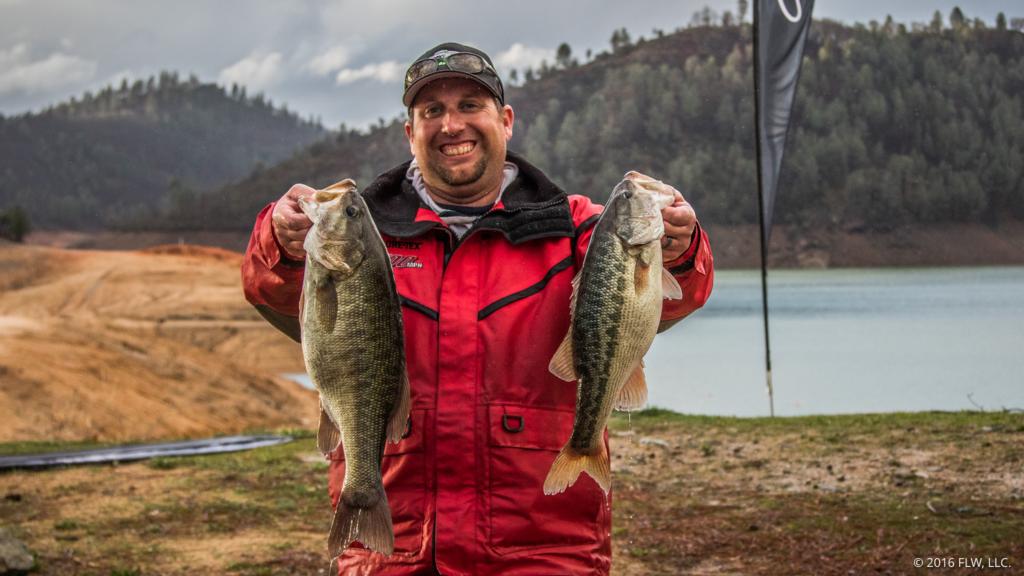 Day one of the Costa FLW Series presented by Minn Kota on Shasta Lake featured nasty weather and a ton of spotted bass. When it had all settled, Richard Dobyns of Marysville, Calif., wound up with the lead on the strength of a 16-2 limit.  He leads Miles Howe of San Juan Capistrano, Calif., by 1 ounce.

“The day went really good, but it started off really slow,” says Dobyns. “I didn’t have a fish in the boat for the first three hours, which is exactly the opposite of what everyone else will tell you.

“I thought the weather would really help me, but it actually hurt a lot more than it helped, so I went scrambling and I just stumbled into the right stuff.”

Though the veteran California pro says he caught nearly 40 bass, he didn’t catch many big ones. Besides one bass of about 3 pounds that he lost boat-side, he was never close to another big upgrade.

While many in the top 10 used reaction baits in the blustery lowlight conditions, Dobyns says he fished about half the time with a spinning rod in his hand and half with varying reaction techniques. Likewise, his better fish were split fairly evenly employing the two approaches.

“Tomorrow will all depend on weather,” says Dobyns of Friday’s second round. “If the wind blows hard again I’ll probably have to go pre-fishing again. I’m trying to fish a lot of big open areas, but I had to tuck in out of the wind more today than I wanted to. 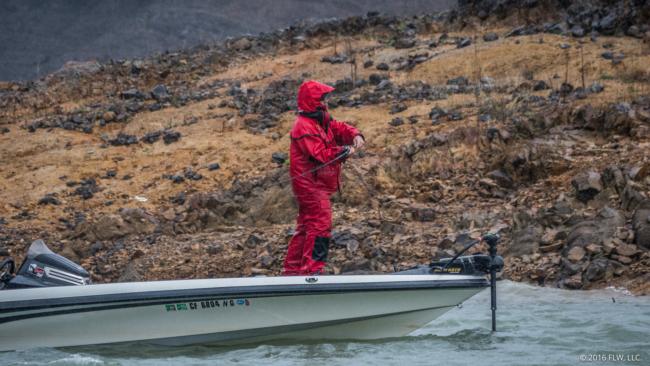 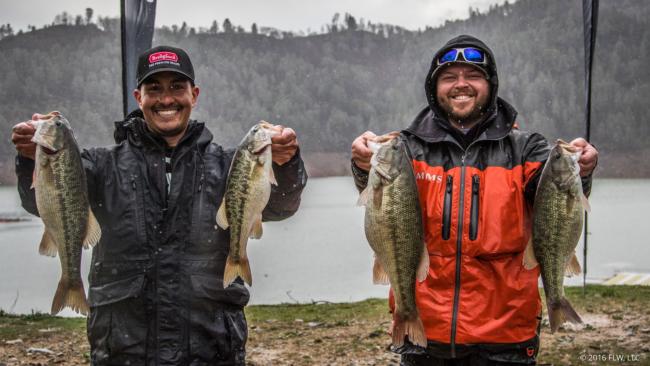 Casey Dunn of North Highlands, Calif., boated an impressive 14 pounds, 1 ounce fishing behind reigning Western Division Angler of the Year Joe Uribe Jr. to stake himself to a sizable lead in the co-angler ranks.

Dunn fished slowly behind Uribe, and caught a number of good fish throughout the day. His best, and the day one co-angler big bass, weighed 5-13 and was the very first fish he caught in the morning.