Western Division Kicks off on Shasta 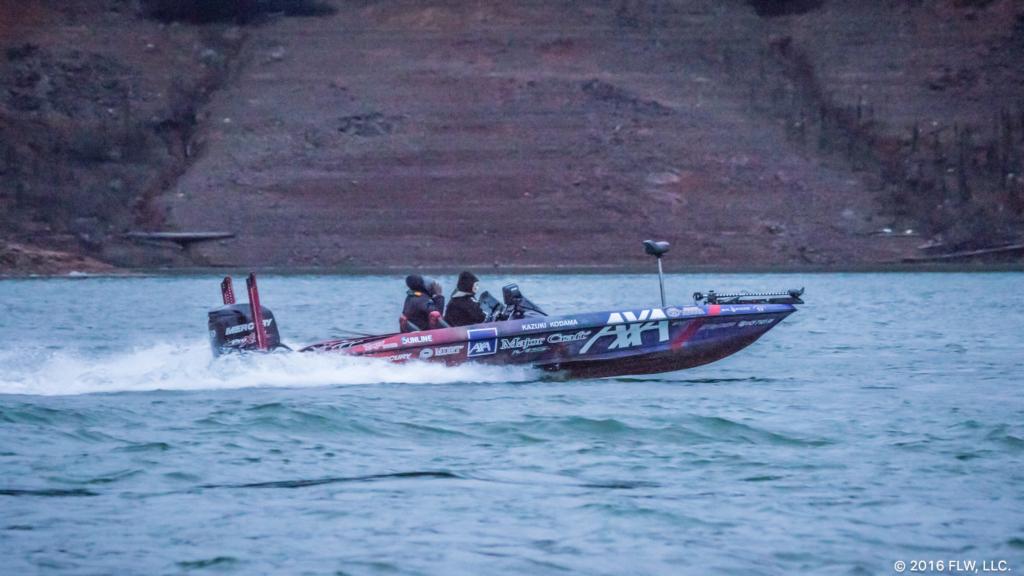 Day one of the Costa FLW Series Western Division event on Shasta Lake presented by Minn Kota kicked off this morning out of Bridge Bay Resort in Redding, Calif. The 125 pros and co-anglers in the field will have some interesting conditions to deal with – conditions that the last few days of practice might not have prepared them for.

Overnight, the weather gods dumped about 1 inch of rain on Shasta and the surrounding area, which is a significant addition to a lake that is already rising about 6 inches per day. How that extra inflow of water affects the fish and who can adjust correctly could decide the winner this week.

Though the incoming water isn’t likely to make any of the lake muddy to the point of being unfishable, changes in water clarity might very well cause the fish to reposition from where they were in practice.

The wind might also cause a changeup. Through practice, the wind was mostly light, but today a stiff south wind will be a factor. Traditionally, wind, waves and current are great for the spotted bass bite – and Shasta is known for its spotted bass population. Taking advantage of the wind this time might be easier said than done, however. Per most reports, the fish aren’t in their “normal” places, so even the locals and the spotted bass experts will be challenged to make the right calls when the time comes.

However it plays out, competition runs through Saturday’s top-10 round, where someone will win no matter the conditions.

Shasta Lake is a typical mountain spotted bass reservoir in nearly every sense. The primary cover is rock, more rock and other kinds of rock, spread throughout several arms. Though there could be fish anywhere, winter and prespawn patterns are likely to prevail, and fish could be caught on humps, bluffs, points and back in creeks. Due to the rain, it might also be wise to keep an eye on areas with inflowing water.

Currently, the lake has risen about 65 feet since early January, but like many reservoirs in California that are severely low due to long-term drought, there is plenty of room left before Shasta reaches full pool, which hasn’t occurred since 2012.

Rain was the story of the night, as nearly 1 inch fell on Shasta and the surrounding area. Today, the anglers will be faced with winds around 10 mph from the south, with an 80 percent chance of rain and temperatures climbing into the mid-50s. The weather looks much the same for Friday as well, but Saturday promises nearly perfect weather – temps in the 60s, light winds and no rain. 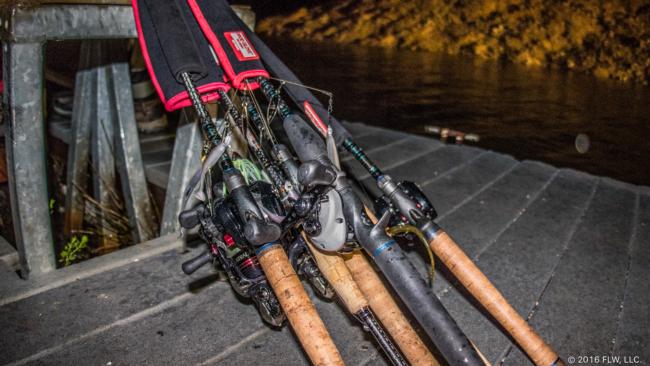 We’ll see a lot of swimbaits in all sizes, the gamut of finesse soft plastics and maybe some crankbaits and jerkbaits as well. Many pros also have umbrella rigs on deck, likely hoping to take advantage of bass that are roaming in the cloudy conditions.

Though Shasta is very deep, most fish are likely to be caught less than 20 feet down, and many will be close to the banks. With a good wind, running and gunning points will certainly be a popular tactic.

Getting a big bite: Moving from an 8-pound bag to a 12-pound bag on Shasta nearly always requires a big bite or two. Big swimbaits will be a popular tool for that, but big spotted bass won’t say no to a Yamamoto Senko or drop-shot either.

Playing the conditions: It is a virtual certainty that there will be patterns in play on day one that were nowhere to be found during the warm and sunny days of practice. The first to capitalize on new patterns will likely be in good shape.

“Usually I know where I’m starting by now, but this time I have no idea,” said Jeff Michels on the eve of the tournament. The consensus local favorite, Michels says he hasn’t had a particularly helpful practice. He’s hoping for big and nasty weather to move things into his wheelhouse.

“I have never been so discombobulated going into a tournament in my life,” states Aaron Britt, who lives just a couple hours south of Shasta.

“They’re in the dirty water. That’s where the big ones are,” adds Idaho’s Cody Murray, who has a fair amount of experience on Shasta and seemed pleased with his practice. With more dirty water on the way, there’s a chance things could go Murray’s way.

On the winning weight front, Walmart FLW Tour pro Charlie Weyer gave perhaps the most broad-ranging prediction and opined that 36 to 40 pounds would win. Roy and Sunny Hawk provided the most specific winning weight predictions, checking in at 38-12 and 36-7, respectively, though Roy says he plans to have 41 pounds. The most optimist prediction came from Michels, who believes that if the bad weather fires them up, 45 pounds might take the cake.