Gutierrez Jumps Into Lead On Shasta 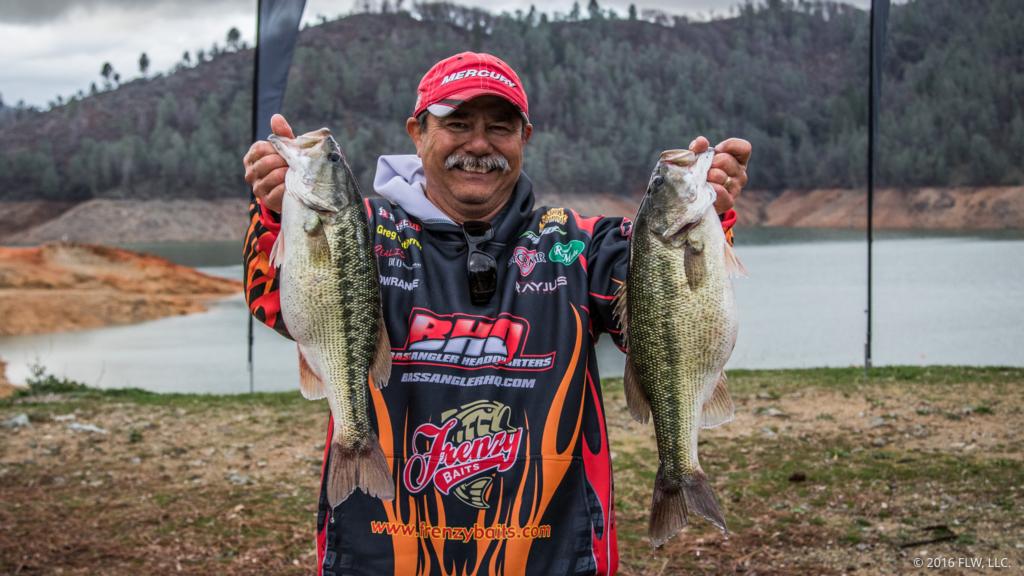 Day two of the Costa FLW Series Western Division event on Shasta Lake featured wild weather and a boatload of changes on the leaderboard. Coming out on top after the second day of the three-day tournament presented by Minn Kota was Greg Gutierrez of Red Bluff, Calif., who brought in five bass for 15 pounds, 13 ounces. He now has a total of 27-2. Richard Dobyns of Marysville, Calif., lead day one, but fell to second with a total of 24-7 going into the final day.

Though Gutierrez has bounced around and covered water for his fish, one particular spot provided the kickers that powered his charge on day two.

“Yesterday I was there and I had the bites, but they were pulling the bait of and biting short,” explains the Californian pro. “Today, I stayed in one spot in the morning and just crushed them. I broke one off and lost another that just pulled off by the boat that looked like it was a five-pounder.”

If Gutierrez’s estimates are anywhere near accurate, his had the makings of a 20-pound bag on the line, something that is uncommon for Shasta. Despite not delivering on day one, practice had provided Gutierrez with a good indication of the spot’s potential.

“I rolled into that spot in practice, just a little rock pile, and worked it and caught a 3-pounder,” says Gutierrez. “Then I went back in the afternoon and made another cast and hooked one and it rolled my rod over like it was nothing, so I knew there were big ones there. Yesterday I just didn’t get bit on it, today they just ate.”

After landing his two kickers, Gutierrez put three small fish in the boat off the same spot and then headed to other water and upgraded the rest of his catch.

“I’m throwing finesse stuff for the most part, and I’ve been catching a lot of my fish on my NAIL (a shaky head designed for Frenzy Baits by Gutierrez himself), but as far as the baits go, well, we can get into that later.

“Tomorrow, I’m gonna go out and try it again,” says the upbeat pro of Saturday’s final round. “I think I can get 10 pounds from my stuff and everything else is a bonus from there.” 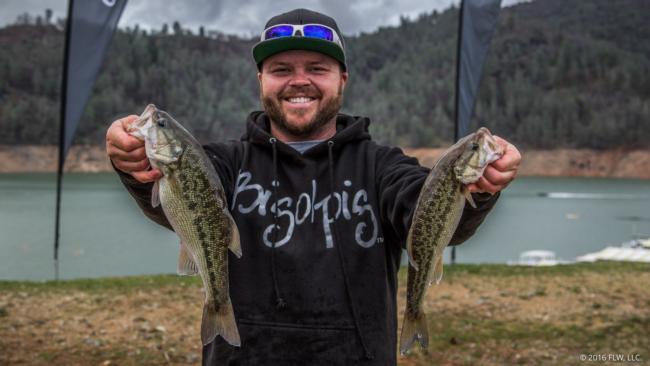 Casey Dunn of North Highlands, Calif., still paced the co-angler field after day two. Though he caught a smaller limit than in the opening round, he still retains the lead with a 21-7 total.

Friday, a change of pros and weather brought a change of tactics for Dunn, who was forced to ditch the jig that had been so productive for him in favor of a swimbait to catch his 7-pound, 6-ounce limit.