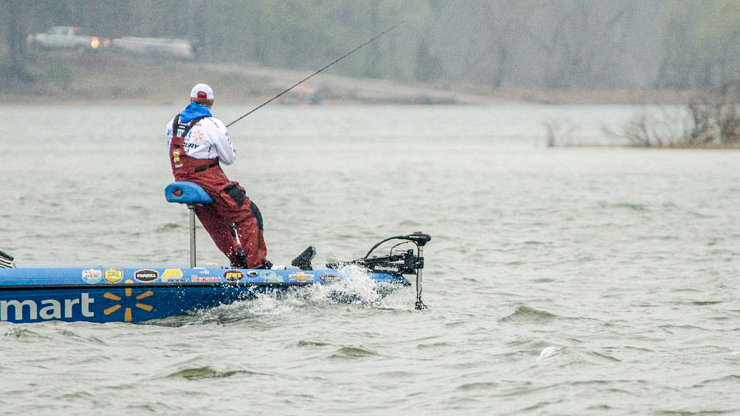 “Easy” rarely finds relevance in tournament talk, but this week’s Costa FLW Series Southwestern Division opener on Sam Rayburn will likely define the opposite end of the spectrum.

This east Texas powerhouse boasts an impressive mix of quality and quantity, but a major weather system bearing down on the region could stymie the lake’s potential.

According to The Weather Channel, the sprawling storm system moving toward the Gulf Coast states will bring heavy rain and thunderstorms, some of which might spawn tornadoes, damaging wind gusts up to 30 mph and large hail.

Skies will clear during the tournament, but the front will still pack a mean blow. 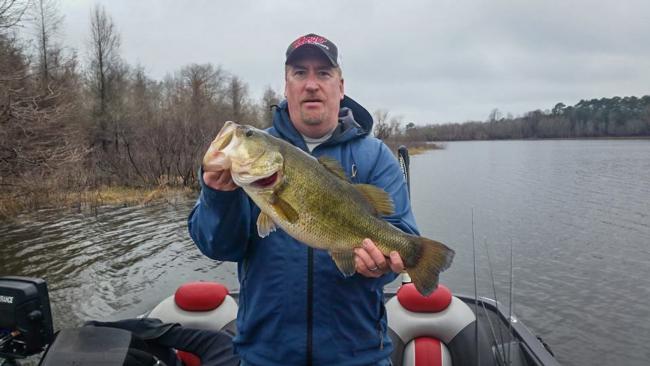 Thus far, fishing has been fantastic on Sam Rayburn, with anglers reporting the start of spawning activity. In fact, this one was tracking toward being a sight-fishing contest until the recent rains hit. There’s still potential for big bags, depending how the storm impacts the area.

As Johnston notes, the early week downpours will have little impact on this Angelina River impoundment, as the inflows spread across its 114,500 surface acres. The impediments, he says, will take other forms.

Wind: With west-southwest winds of 15 to 20 mph becoming northwest with similar speed on Wednesday, anglers could find practice greatly curtailed this week.

“On Wednesday, we’re looking at west-northwest winds of 15 to 25 mph,” Johnston says. “If it blows anything like that on Sam Rayburn, it’s a total washout.”

Come tournament day, the ongoing windy outlook could be a good news-bad news conundrum. Rayburn’s east side holds some of the lake’s more productive spawning flats – key areas that could see boon or bust.

“The wind could help the guys that are fishing shallow in the bushes, because it will make those fish stick their heads in that tighter cover,” Johnston says. “But considering the area where a lot of those bushes are located, a big west wind for a day and a half, with 3- to 4-foot waves rolling in, is not going to help it.

“The first day of the tournament, we’re going to have high pressure and bluebird conditions. We’ll still have some west wind and air temperatures down in the upper 30s, and it’s really going to shock the fish,” Johnston says. “It will give those big Floridas lockjaw.”

Johnston says Rayburn’s water temperature has been in the 58- to 62-degree range for the past week or so. The approaching front will probably only shave off 3 to 4 degrees, but Florida bass don’t handle cold fronts well.

That said, this is Texas, and these fish seem to be a bit more tolerant of temperature drops than their home-state counterparts. A little sunshine and a midday warmup could have them back to chomping. 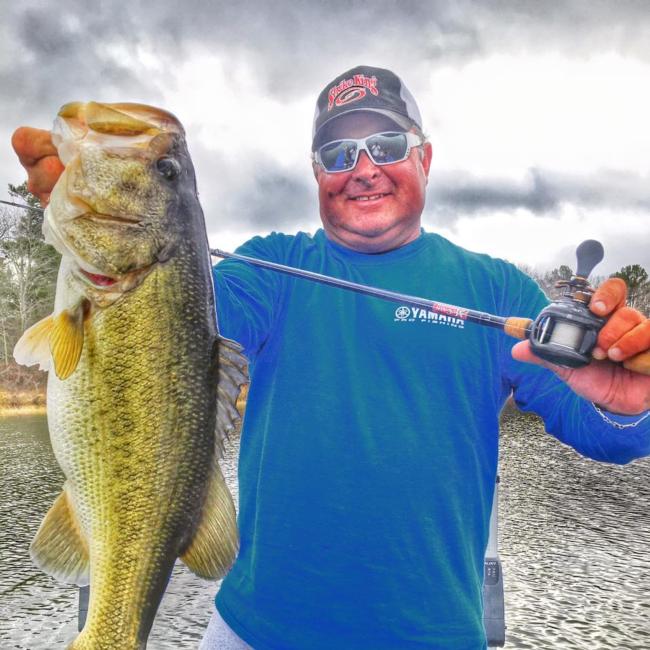 Before the weather woes, the usual mix of lipless crankbaits, square-bills and jerkbaits had nabbed plenty of prespawn staging fish, while jigs and Texas-rigged plastics tempted those spawning in the bushes.

Ultimately, tournament fortunes will hinge on the storm’s actual track and the wind strength and direction we see Thursday through Saturday. The scene will likely begin to stabilize by Saturday, which could mean a return to the quality fishing that Rayburn locals have been raving about recently.

The entire lake had been fishing so well that Johnston found himself nearly alone on a popular community hole Monday morning. However, anglers that were broadly dispersed before the windy weather will likely find themselves more tightly clustered in protected pockets come tournament time.

Whatever the case, Johnston suggests committing to promising areas and grinding.

“You don’t need to go looking for spots,” he says. “You just have to put your head down in the areas you know hold them and just go fish.”

The tournament, which is presented by Mercury and hosted by the Jasper-Lake Sam Rayburn Area Chamber of Commerce, kicks off Thursday. The full field fishes the first two days, with only the top 10 pros and co-anglers qualifying to fish Saturday’s final round. A top prize of more than $40,000 is up for grabs.