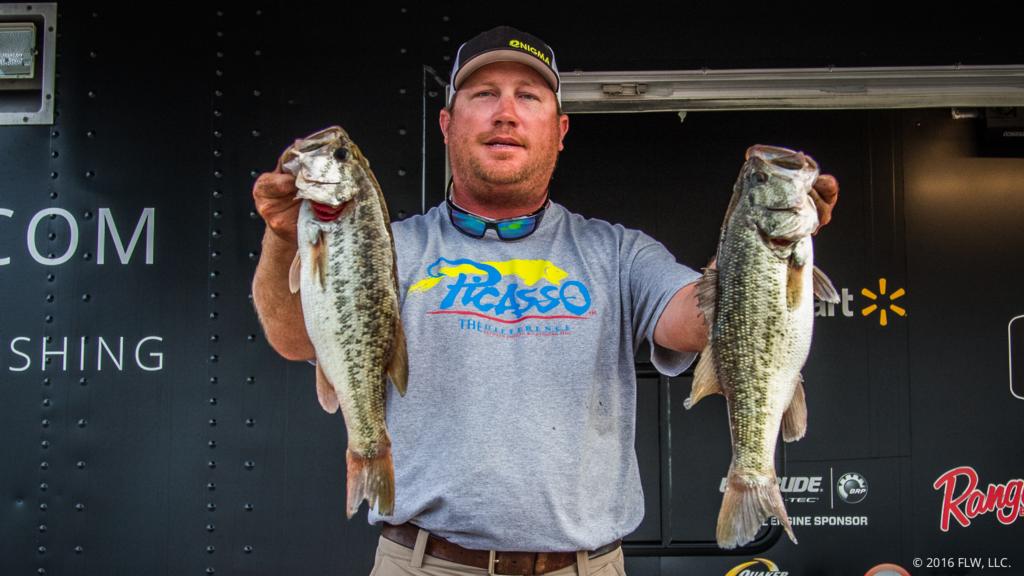 The breakneck pace of the Costa FLW Series event presented by Frabill on Santee Cooper is like a NASCAR race at a superspeedway: Everyone has it to the floor, lap times are off the charts and the cars are still packed tight up front.

Current leader Bradley Dortch of Bay Minette, Ala., has amassed 50 pounds, 8 ounces in two days on Santee Cooper, and he is only 1 pound ahead of fifth place. The top 10 after day two are separated by only 6 pounds from top to bottom, and 6 pounds is one bite on Santee Cooper these days.

Common with Santee Cooper, weights yo-yoed all over the place on day two, as some who were in the top 10 on day one fell below the cut, and some who were previously in the middle of the pack raced into the top 10 with huge bags. 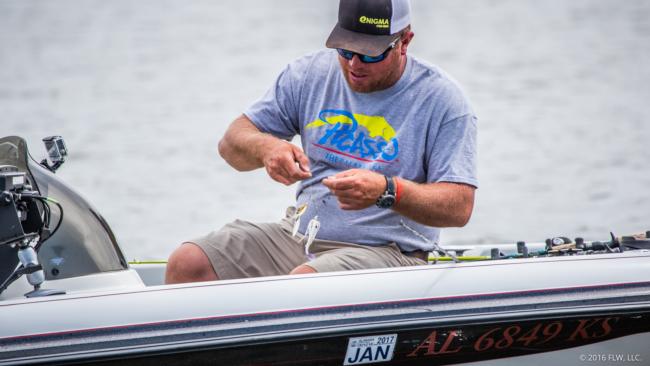 Dortch brought in 29 pounds, 9 ounces yesterday and backed that up with 20 pounds, 15 ounces today. He’s committed to his Picasso spinnerbait with a NetBait BK Swimmer on the back.

“Live by the blade, die by the blade,” Dortch says. “That’s my motto this week. I don’t get many bites on it, but they are the right ones when they eat it. I mean they crush it. I’m not even using a trailer hook.”

Dortch has located a classic staging ditch in the lower lake. The middle of the ditch is about 8 feet deep, and it cuts through 2- to 3-foot-deep flats that are lined with stumps. During practice, Dortch found the fish in the ditch. But yesterday the fish had moved up on the flat to spawn around stump clusters. Today, he went back to fishing the ditch primarily. 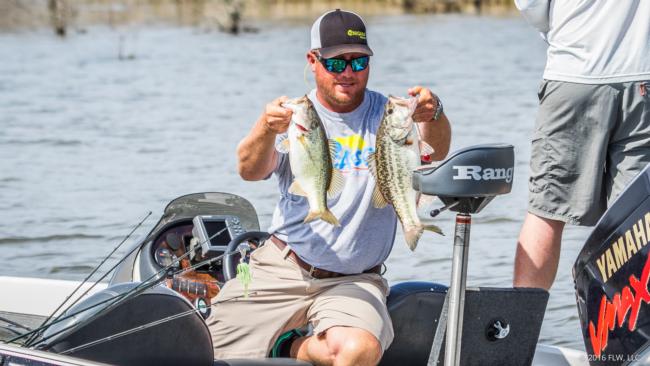 “I started up on the flats this morning and didn’t catch anything,” Dortch says. “So I dropped back down in the ditch and caught two nice ones.”

“Those fish on the flats are beat up,” he says. “But the ones out of the ditch are white and clean without a scratch on them.”

Dortch did end up catching some off the flats today, but notes that the cloud cover hindered him by making the stumps more difficult to see.

“Yesterday I could see the stump clusters way out there and really pick them apart with long casts with the spinnerbait,” he says. “But today, I wouldn’t see the stumps until it was too late, and that cost me some fish, no doubt.”

Dortch takes a slim 9-ounce lead into the final day, and he’ll have to maintain a blistering Santee Cooper pace to make it to victory lane. 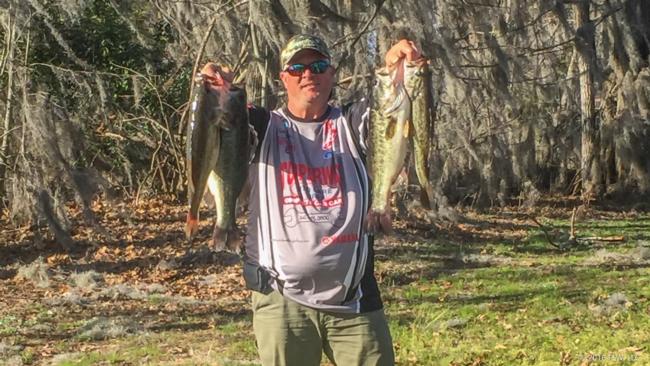 Local co-angler Todd Walters of Summerville, S.C., moved up from third place to first on the second day of the Costa FLW Series on Santee Cooper. His two-day total is 34 pounds, 10 ounces.

Walters, who fishes Santee Cooper frequently, says he has duck hunted in all the shallow ponds that his pros have taken him to this week, so he’s familiar with the territory.

“I know the areas well, and I have two baits I’m rotating between,” Walters says. “The key for me is s-l-o-w. I mean, I cast the lure out there, and I could take a nap before I get it back in.”

Click here for on the water photos from day two.