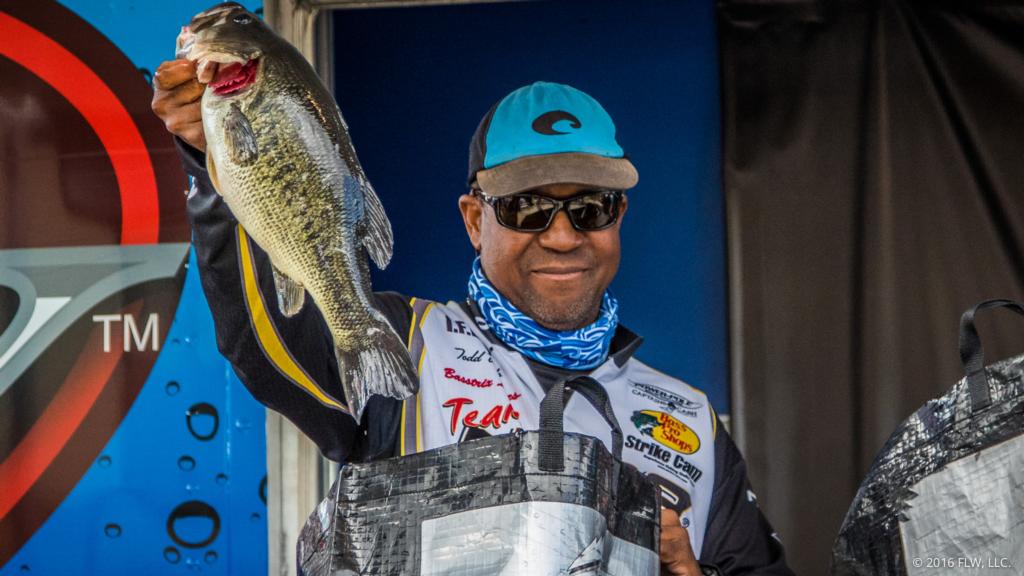 He needed a last-minute gamble – actually, a last-second gamble – to do it, but Todd Woods is the winner of the Costa FLW Series Western Division event on Clear Lake presented by Mercury. Though Woods’ 77-pound three-day total topped second-place angler Roy Hawk by 7 pounds, it would’ve been a much different finish if not for a pair of kickers in the final moments of the tournament, which was hosted by Konocti Vista Resort Casino & Marina. For his victory, Woods earned a $33,000 paycheck.

A mile-long stretch of shoreline on the west side of the lake produced most of Woods’ winning fish. It was a sloping gravel bank with several rock piles providing cover. Woods realized early on that shad were spawning in the area when several of the baitfish followed his lure up to the boat. Clear Lake’s prespawn bass were staging in the area and feeding up on the spawning shad. 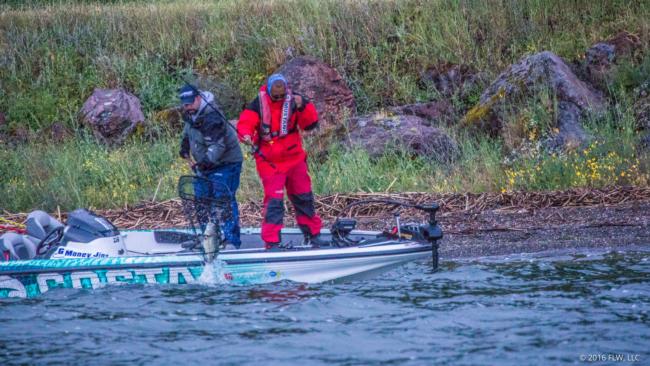 “I’d switch between a swimbait and an umbrella rig,” Woods explains. “I’d work the swimbait up shallow and use the umbrella rig in the deeper water.”

Woods used long casts parallel to the shoreline. His swimbait was a 4-inch Basstrix in hitch color on a 3/8-ounce head that he retrieved slowly along shore, and he used a YUM YUMbrella Flash Mob umbrella rig that he could reel in faster in the deeper depths. 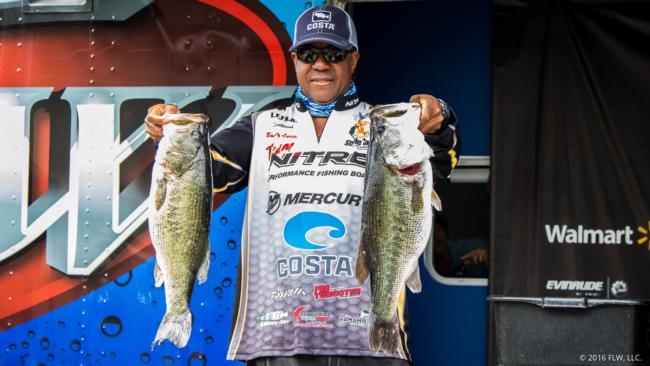 On day one, Woods pulled 32 pounds, 12 ounces – the second largest limit of the tournament – from the area and sat in second place, less than a pound out of first.

“It was slow and steady,” he recalls about the day-one haul. “I’d get a bite here and a bite there, but it was enough to give me confidence to stay.”

The second day of competition brought overcast skies and frontal conditions, but Woods stuck with his strategy.

“When you catch 32 pounds in an area, you’ve gotta keep doing what you’re doing,” he says.

Thanks to an act of sportsmanship from a fellow competitor, Woods second day success started early.

It was 6-pound fish that Woods caught on his third cast of the day. He went back to the swimbait-umbrella rig program and caught about 23 pounds from his primary spot before moving to the southern half of the lake to sight-fish. A late 6-pound spawner brought his day-two haul to 27-11 for a two-day total of 60-07, which led the pack coming into today’s finale.

Unlike the previous days, Woods’ third day of competition started poorly. He ran to several of Clear Lake’s community holes in the morning but couldn’t make it happen.

After going back to the gravel-bank stretch from the first two days, Woods had five fish by noon for a measly 5 pounds. He ran to the southern half of the lake where he knew of several fish on beds, but most of the bass had either been caught by other competitors or moved off due to today’s cooler weather. He was able to catch a 3-pound bass sight-fishing before running back north with little time left in the day.

“I was at a spot where I caught them earlier and saw a bunch of seagulls diving at some bait,” Woods recalls. “I was scrambling at that point and ran in there with my trolling motor on high.

“I must have spooked them. After not catching anything, I started to leave. When I did, the birds went back. It was like they were telling me I needed to stay there. I went back and caught a 5-pounder on my first cast.”

Woods used his Lowrance unit to figure out that he was seven miles from check-in and gave himself 10 minutes to fish the spot.

“When 10 minutes was up I decided to stretch it to 11,” he says. “I figured I might as well be late if I’m not going to win. On my last cast, I caught another 5-pounder.”

Woods raced in with seconds to spare with a 16-pound, 9-ounce limit. The two late fish gave him the weight needed to notch his first Costa FLW Series victory. 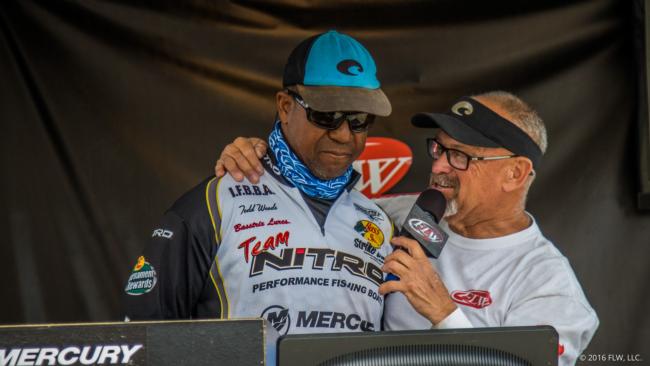 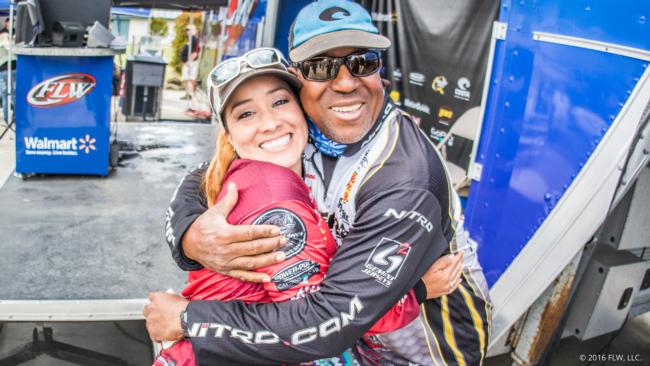 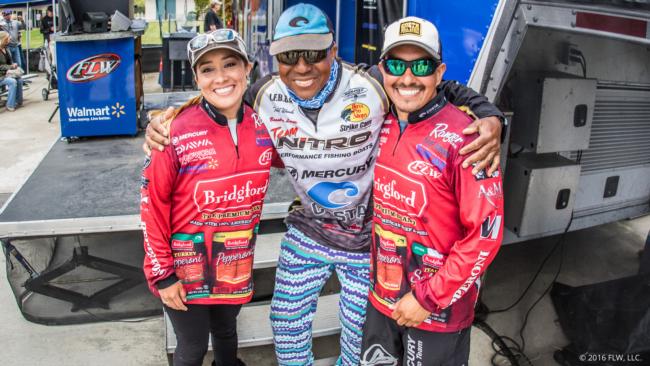 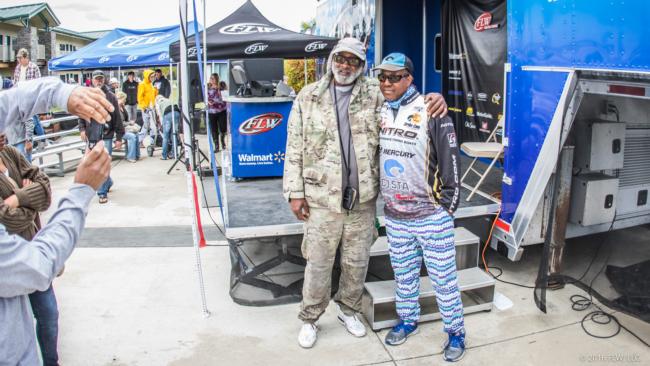 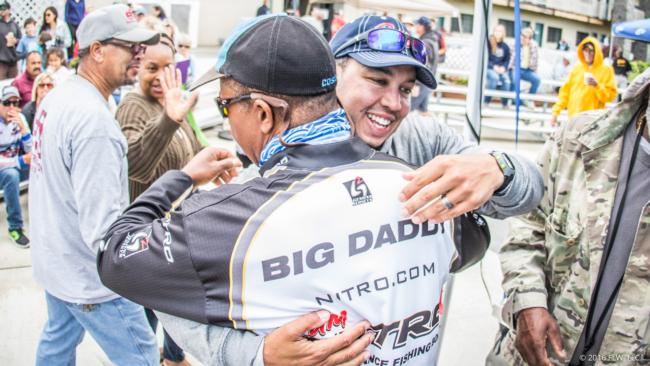 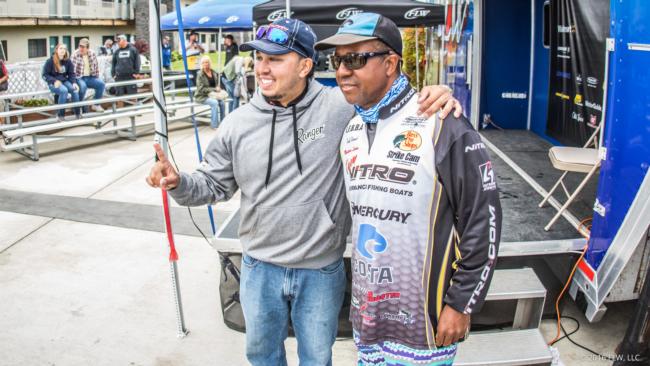