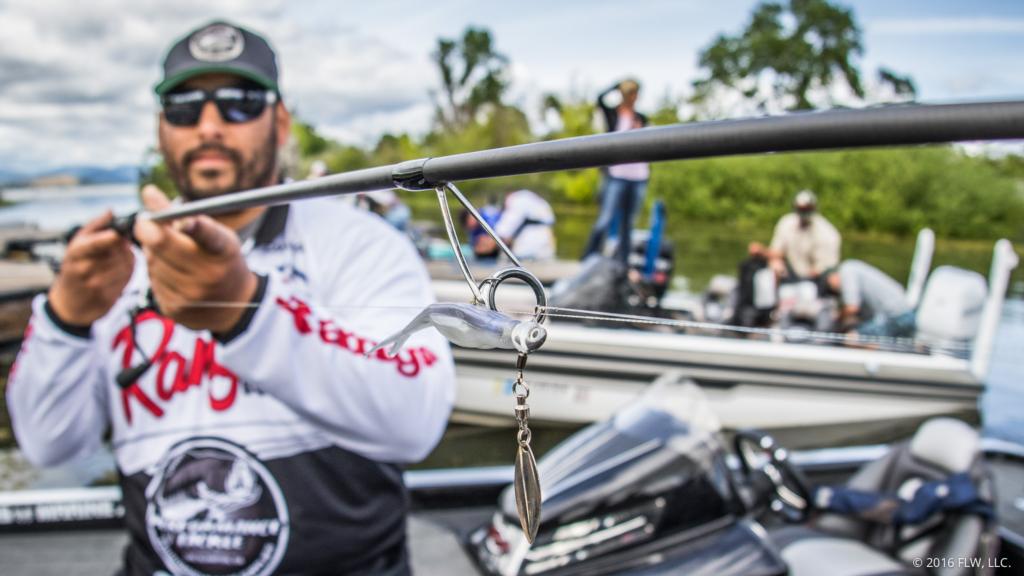 The only thing more diverse than the weather conditions at the Costa FLW Series Western Division event presented by Mercury on Clear Lake was the selection of baits used by the top anglers. Anglers saw calm conditions with clear skies replaced by frontal conditions, which changed many anglers’ go-to techniques from sight-fishing to casting reaction baits. Big bags were still brought in, and Todd Woods topped them all. He won the event after bringing in 77 pounds over three days. Here’s what Woods and the rest of the top 10 anglers threw at Clear Lake. 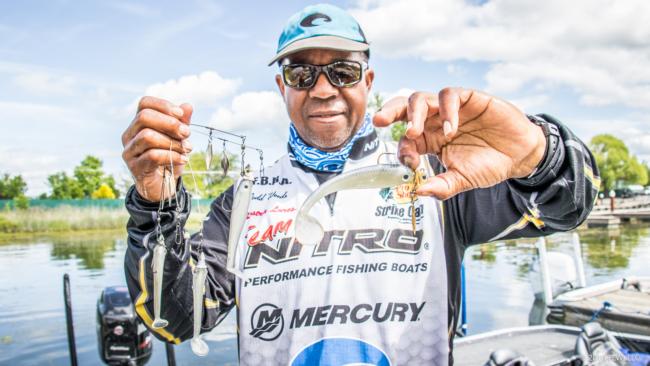 1. Todd Woods found a sloping gravel bank where prespawn bass were feeding on shad. He alternated between two moving baits to earn his first Costa FLW Series title: a hitch-colored Basstrix Paddle Tail Swimbait on a 3/8-ounce gold Blade Runner under-spin in shallow water and a YUM YUMbrella Flash Mob umbrella rig with 4-inch Basstrix Swimbaits on 3/8-ounce jigheads on top and a 5-inch swimbait with a 1/4-ounce jighead on bottom. 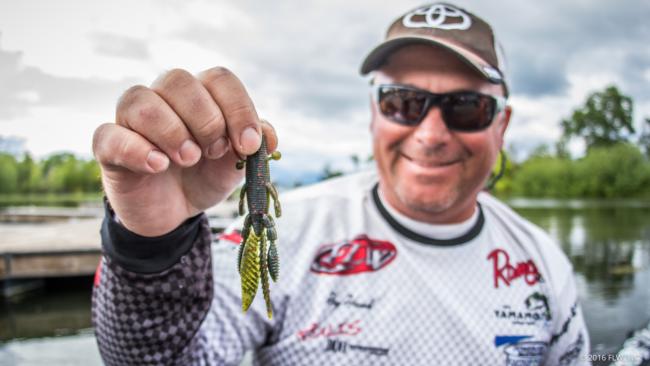 2. Roy Hawk’s top bait was a Yamamoto Flappin’ Hog, which caught his 11-pound, 2-ounce big bass. He also caught fish on a custom bladed jig in a shad pattern made by Chris Kinley. Unfortunately for the rest of us, it’s not for sale. 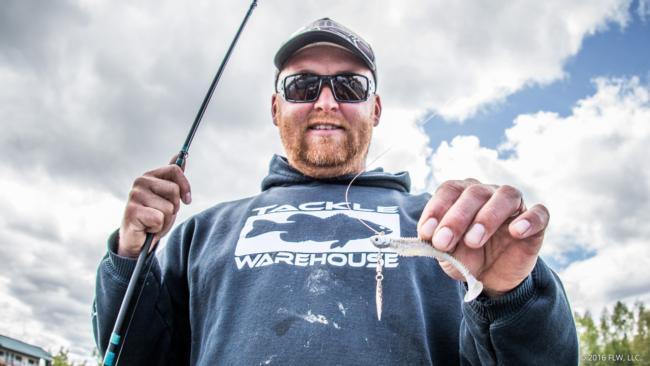 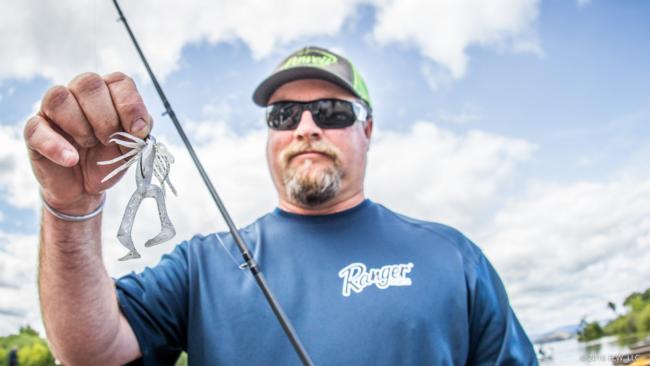 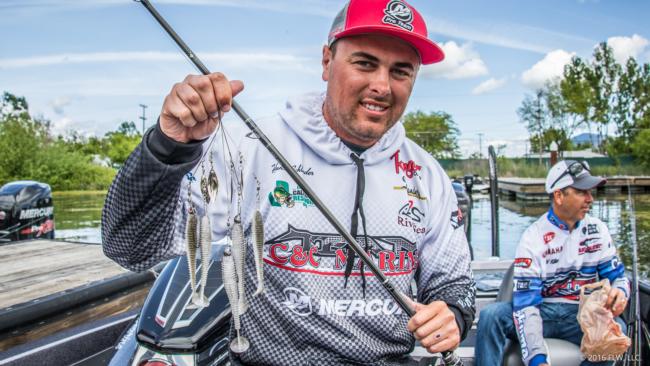 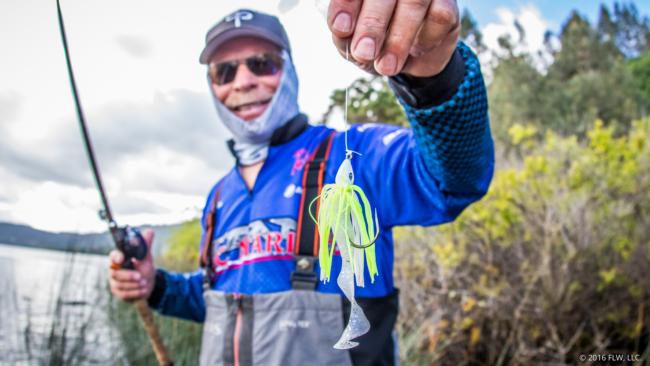 6. Jim Moulton sight-fished his way to a 33-pound, 2-ounce bag on day one. It was the largest single-day weight of the tournament. He used a 1/2-ounce white and chartreuse California Reservoir Lures swim jig paired with a white Yamamoto Single Tail Grub. 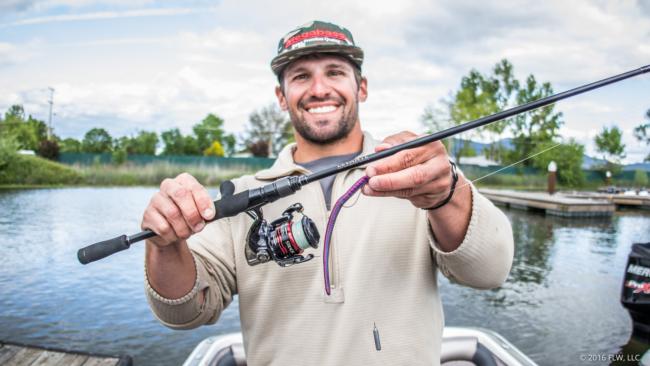 7. Throwing at dock pilings, Michael Caruso used a drop-shot rig with a 6-inch Roboworm FAT Worm in the MMIII and margarita mutilator colors. 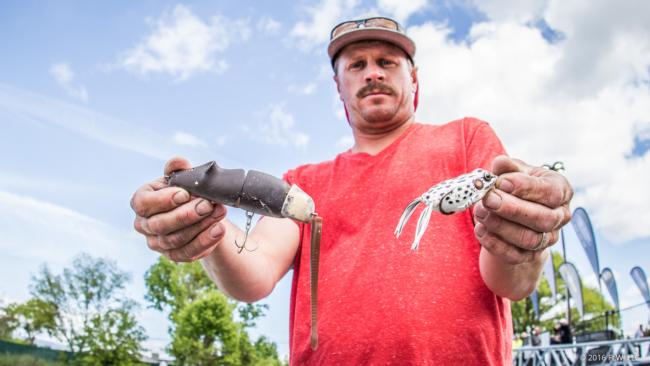 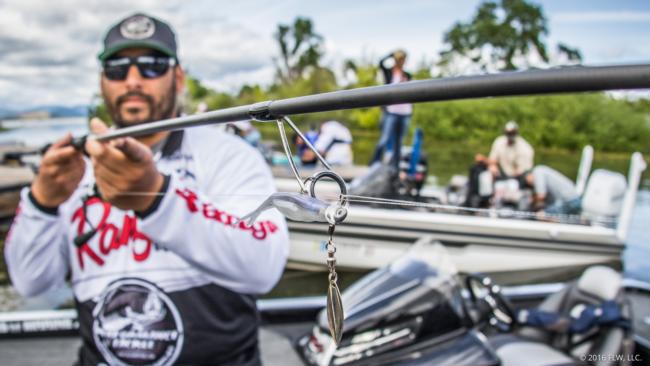 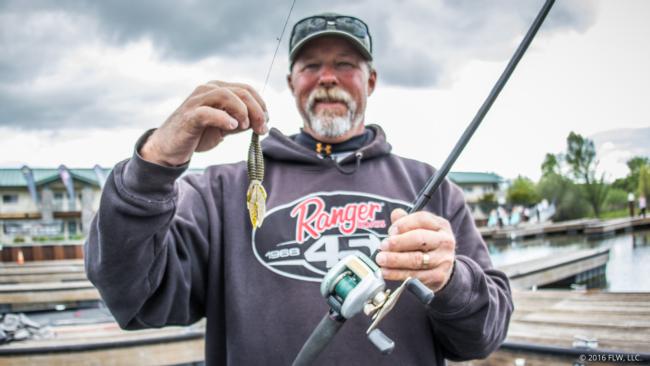