Flipping baits, crankbaits, swimbaits and more worked on the Tennessee 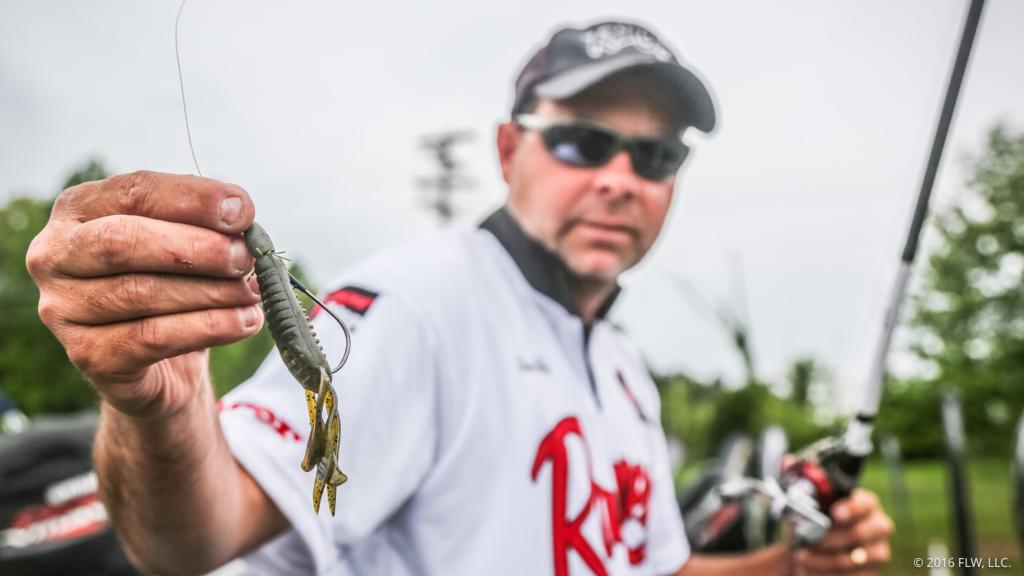 A handful of patterns emerged among the top 10 pros at the Costa FLW Series Central Division event presented by Lowrance on Kentucky Lake. Flipping claimed the top two spots, while others cranked, threw swimbaits around shad spawn areas or dragged various bottom baits.

Here are the details of the baits used by the top 10 pros on Kentucky Lake. 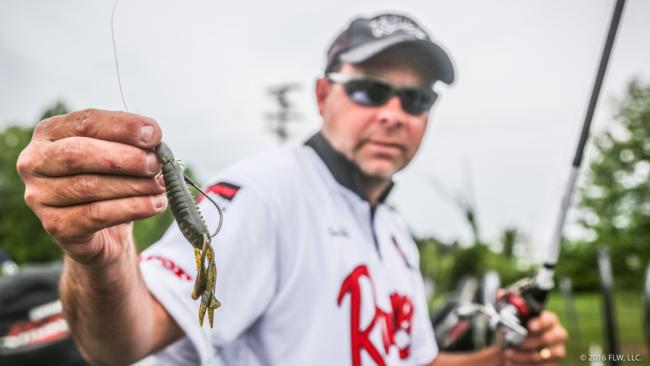 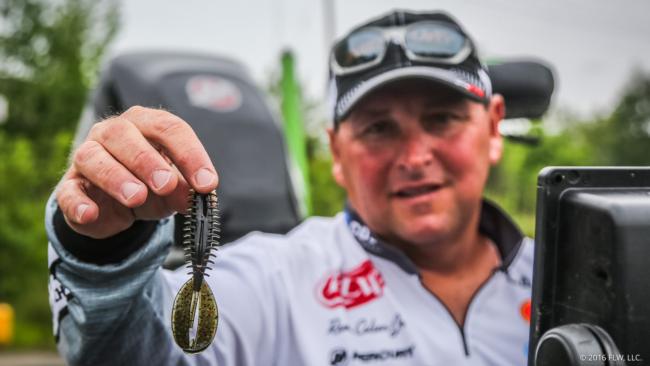 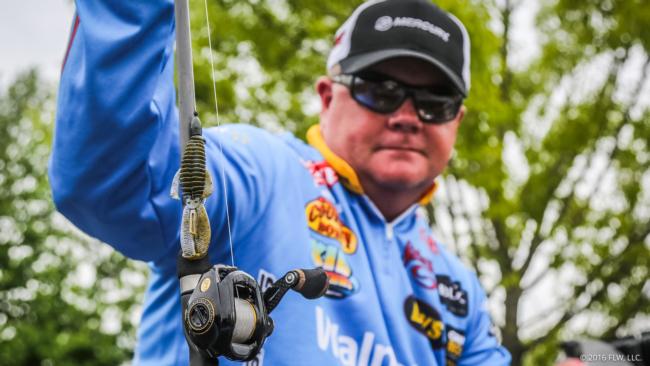 3. In areas where shad were spawning, Mark Rose used a variety of swimbaits and a Strike King Jointed Structure Head with a Strike King Rage Bug. Each day, he also caught a few fish flipping the Rage Bug. On the final day, Rose took a tip from fellow pro Michael Wooley and dragged a straight-tail worm on a jighead in staging areas. 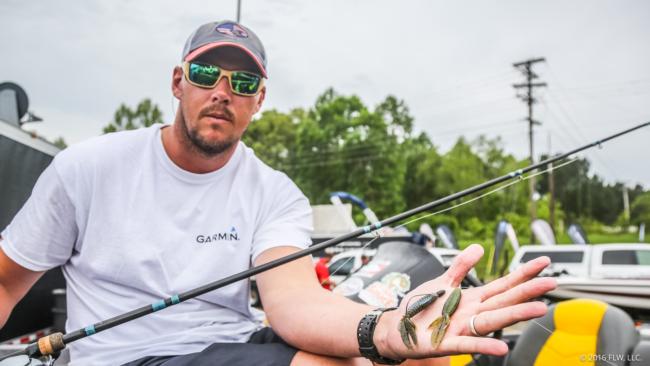 4. Chris Miranda bed-fished all week. In practice, his fish were just nipping at the tail of a Reaction Innovations Sweet Beaver, so he downsized to the Smallie Beaver in either sprayed grass or magic craw swirl. Miranda also downsized his terminal tackle to a 1/8-ounce weight and 3/0 Skinny Bear Tackle Premium Heavy Wormin’ Hook. The final tool was Miranda was a pair of Costa Del Mar Blackfin sunglasses. 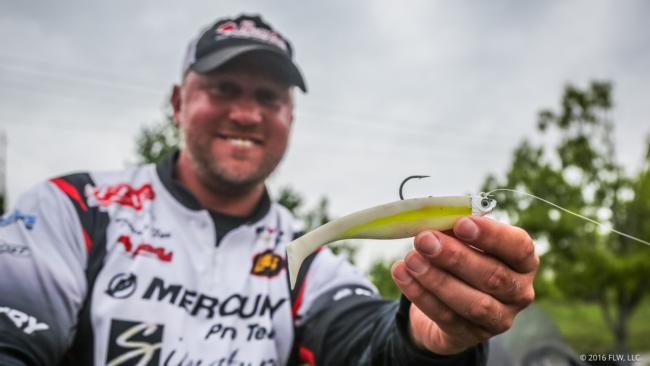 5. For fish feeding on spawning shad, Travis Fox used a hand-poured swimbait on a VMC Swimbait Jig. He also dragged a straight-tail worm on a VMC Rugby Jig. 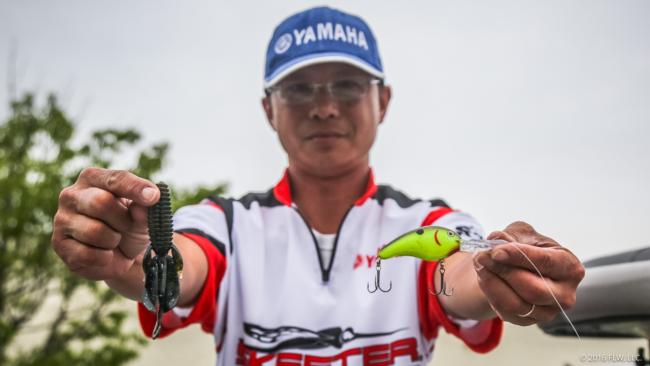 6. Daniel Kweekul found a shallow ledge extending off an island and caught several of his fish there on days one and three with a chartreuse/black back Strike King 5XD crankbait. He also flipped islands in the same area with a tramp stamp-colored Reaction Innovations Kinky Beaver or Yamamoto Senko, each rigged with a 1/4-ounce weight and 5/0 Gamakatsu G-Lock offset-shank worm hook. 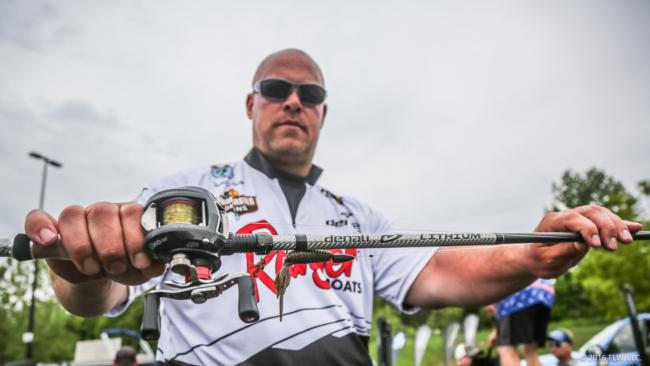 7. Aside from one bass he caught on a swimbait, Todd Schmitz did all his work this week with a Reaction Innovations Sweet Beaver in the green goby color, which has copper and green flakes, and a Zoom Brush Hog in a similar color. He used a Mustad 3/0 hook with the Brush Hog and a 4/0 model with the Beaver, both with a 5/16-ounce weight. Schmitz prefers 20-pound-test P-Line CXX monofilament to fluorocarbon for flipping bushes because it’s tough stuff and he can easily free it from snags without having to break off. 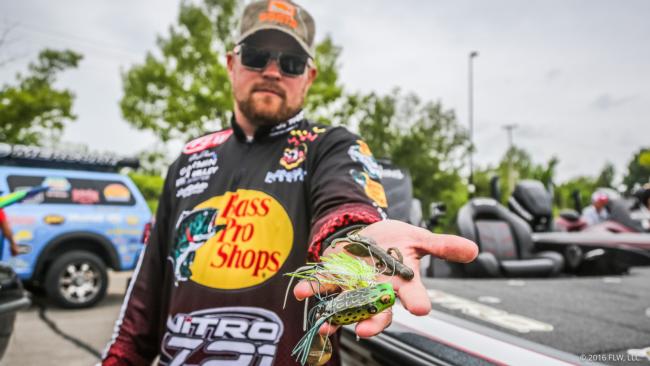 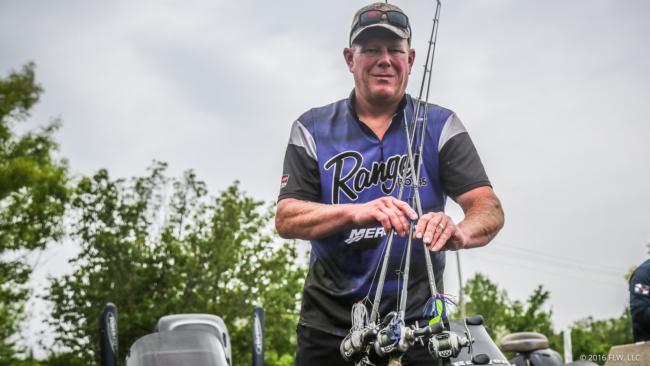 9. A little grass on flats and a lot of willows on islands were Jeff Ritter’s targets. He used a homemade spinnerbait, a homemade jig and a beaver-style flipping bait. 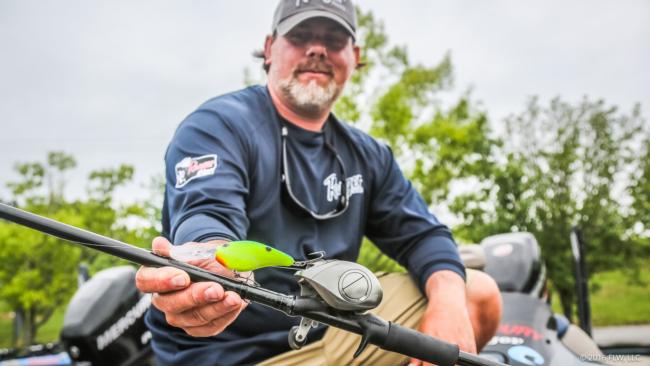 10. Kelly Readhimer cranked all week. He used a Strike King 6XD in chartreuse/blue back or citrus shad.