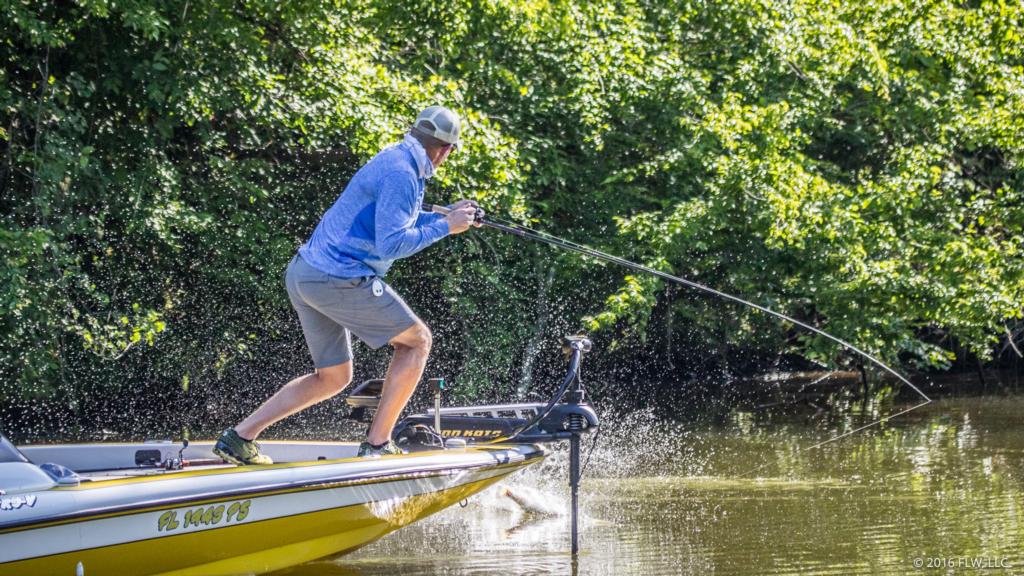 Day three of the Costa FLW Series on Wheeler Lake presented by Mercury and hosted by Florence/Lauderdale Tourism is setting up to be a barn burner. Tournament leader Kim Carver has done his part for the first half of the day, getting the day started early with a 3- and a 4-pounder and then finishing his limit with keepers.

While that may look like a good start for the leader, fifth place pro Bradley Dortch has caught fire, bagging all 3- to 4-pounders for his limit. Dortch started the day about 3-1/2 pounds behind Carver, but with a solid 17 pounds in the boat now, Carver is going to have reach deep to earn this one.

Other news from around the top-10: Dustin Smith had three bass at about 9 o’ clock; Glenn Browne had two bass early and Terry Tucker was gaining some momentum with 11 to 12 pounds very early. Will Dortch be the Wheeler Lake shocker and rain on Carver’s parade? Check out the live weigh-in beginning at 2:30 p.m to find out.