Chapman Leads on the Potomac 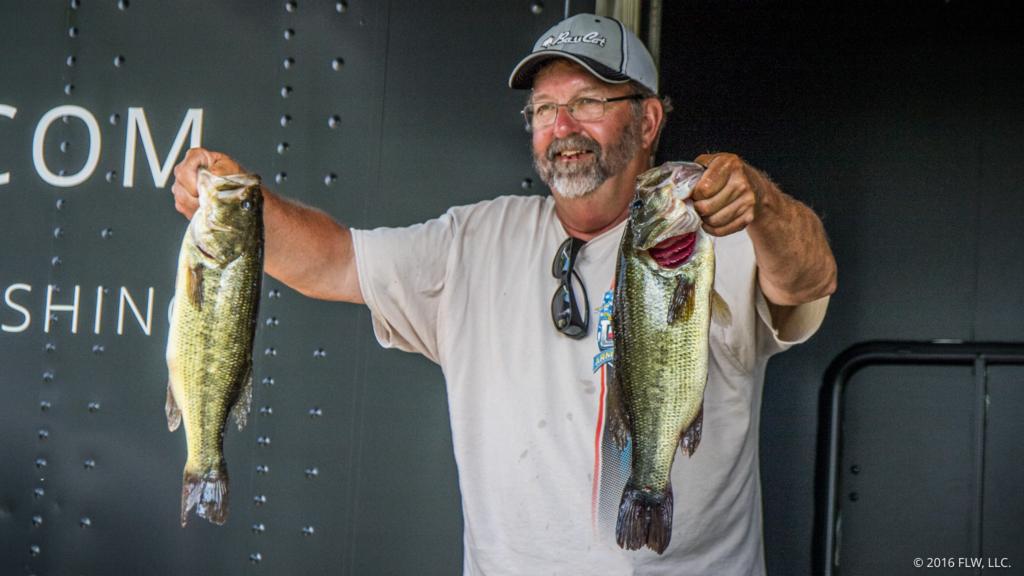 Some see delays as irritations. Others see them as opportunities. Choosing the latter, Bill Chapman made the most of a scheduling hiccup in practice and discovered an eye-opening detail that put him atop the day-one standings of the Costa FLW Series Northern Division opener presented by Plano on the Potomac River with 17 pounds, 15 ounces.

“When I came over here to practice last Friday, I had to wait on my buddy who was a couple of hours behind me,” says Chapman, who is 1 ounce ahead of second-place pro Jeff Coble of North Carolina. “I got out on the water, and in about an hour I figured out what they were doing. I’ve been spanking them ever since.”

Although he opted to keep most details of his pattern under wraps for now, the Salt Rock, W.Va., pro noted that a particular combination of tide and location was the key to his success.

“If you don’t have the right tide, they’re not there,” Chapman adds. “When you get on the right spots, you can just about call your shots. In practice, we probably caught 50 good fish, but today I only caught 30. But still, it was a fun day.”

Sharing a small glimpse of his pattern, Chapman explains that it’s all about access – having enough water so that fish can reach a certain habitat scenario.

Bait details were off-limits, but Chapman says he caught all of his fish on one lure. The midday period from 11 a.m. to 1 p.m. proved most productive. When conditions aligned perfectly, Chapman rarely had to wait for a bite.

“There were times today when I’d catch them every other flip,” he says. “You could close your eyes, throw in there and expect a bite — and get it.”

Noting that he fished fairly close to the takeoff site at Smallwood State Park, Chapman says he has a secondary spot with a similar setup. He didn’t end up visiting that one because the tide never reached the level he needed. He’ll visit both spots tomorrow to try and extend his lead. 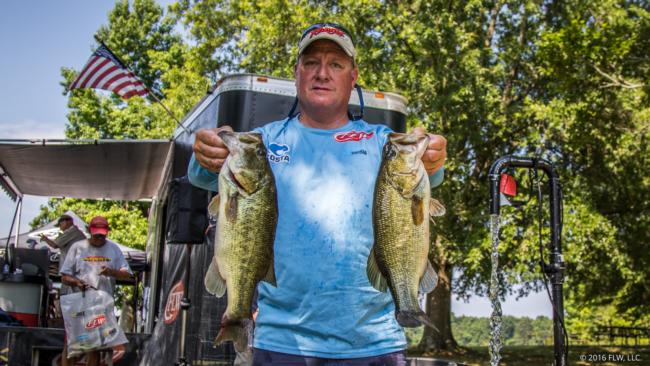 Fraser Out in Front on Co-angler Side

Kurt Fraser topped the co-angler division on day one with a limit catch of 16 pounds, 1 ounce. His was a productive day that got off to a quick start.

Fraser says he fished mostly grassy areas and avoided finesse baits, spending all of his time “chucking and winding.” Presentation speed and lure depth were key elements of his strategy.