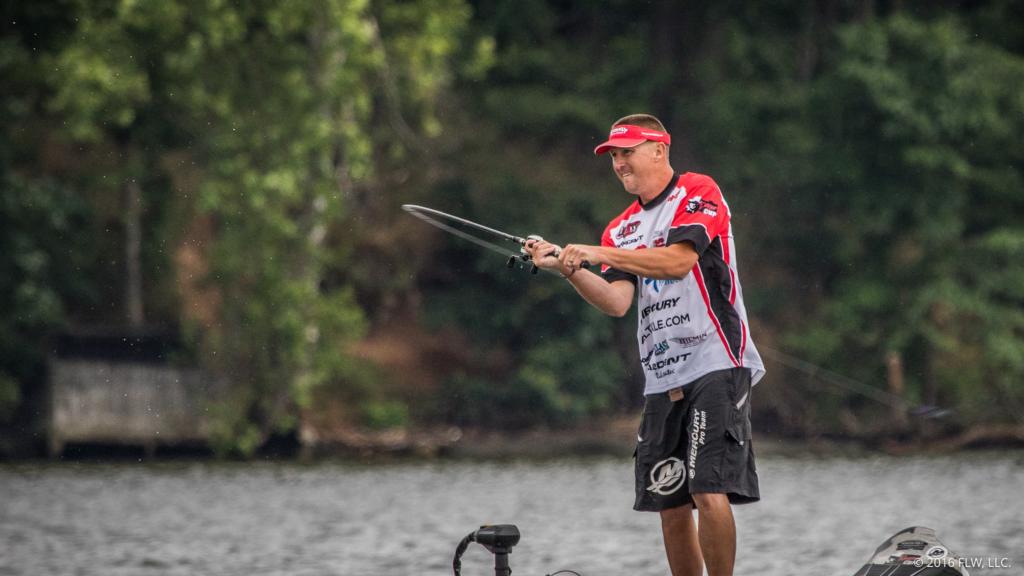 Correcting a strategic error from day one, Casey Smith of Macedon, N.Y. surged into the day-two lead at the Costa FLW Series event presented by Plano on the Potomac River. Fishing reaction baits and slower presentations, Smith caught 20 pounds for a two-day total of 34 pounds, 14 ounces. Though he weighed the best bag of the tournament, the rest of the pack is close behind and hungry. 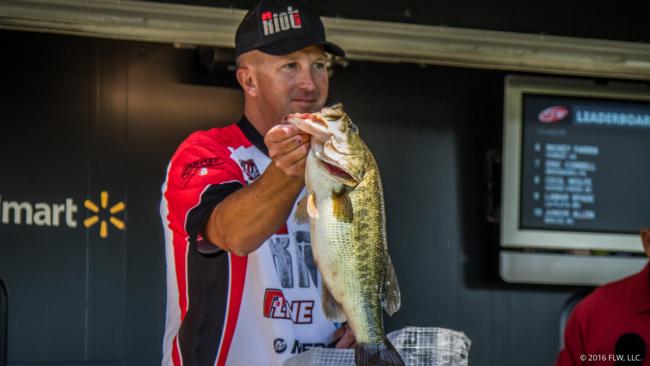 Demonstrating the inescapable value of that one “kicker” fish, perennial Potomac performer Bryan Schmitt sacked up 17-6 on day two and gained 10 spots on the leaderboard to earn his final-round berth with a second-place total of 33-2.

“I had to move around a little bit today. I didn’t get as many bites, but I got quality.

“They were biting sporadically today. When that happens, you have to slow down and cover every little inch of the area.”

An accomplished jig flipper, Schmitt says he caught his fish on a couple of Riot Baits prototypes — moving baits that may have taken him out of his norm, but obviously delivered big results. 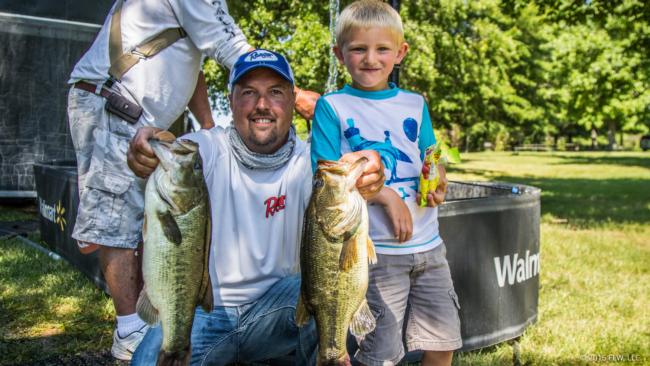 A mobile plan with plenty of room for diversity enabled Michigan pro Ron Nelson to improve from a day-one tie for 10th  to third with 32-14. Running the tide, he hopped around to keep himself in areas with active fish.

With grass beds his main target, Nelson avoided the mental trap of assuming it was a one-act show.

“I didn’t really have a set pattern; it changed from spot to spot,” Nelson says. “It was inside-outside grass type spots. Some spots were way offshore, like summertime patterns; some fish were like postspawners that were just coming out.”

Nelson says he used a mix of moving baits and plastics. The former got most of the casts, but when the fish’s aggression waned, he’d give them a few more shots with a slower presentation before running to the next tide stop. 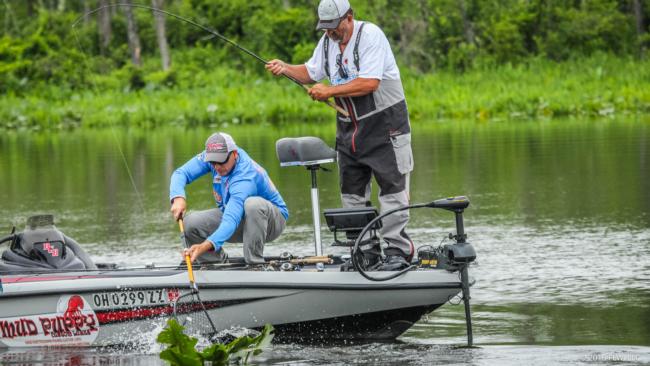 Slipping a few spots to fourth, the day-one leader found a mix of limitation and opportunity in the morning’s super high tide. On one hand, the swollen water level in the creek he’s fishing robbed him of a low-tide pattern he leveraged on day one. Conversely, the extra foot or so of depth allowed him to press farther into the creek and access areas that hardly ever see a bass boat.

“I caught a couple of fish back there where it was dry land yesterday,” Chapman says. “That definitely balanced things a little bit, but I’d rather have had the low water.”

The first half of his day, Chapman threw a mix of squarebills, Senkos and buzzbaits and then settled into a flipping routine. A Texas-rigged Missile Baits D Bomb earned him a few more bites.

“I lost a few good fish that got tangled in the pads,” Chapman says. “The key for me was to just keep my head down and fish. I knew they were there, so I just stayed after them.” 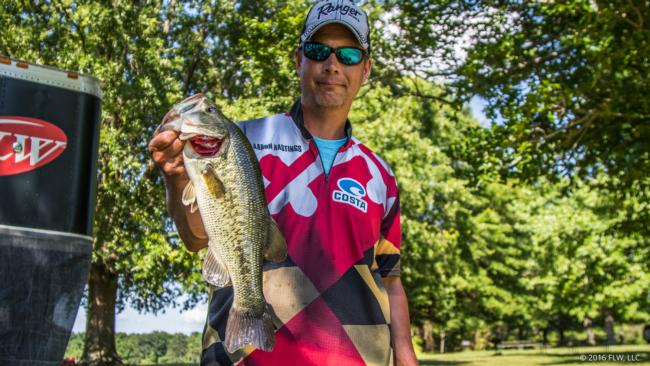 After an early stumble, Aaron Hastings regrouped and turned in a solid effort that lifted him from an 18th-place tie on day one to fifth with 31-14.

“After that, I executed well, made good decisions and caught them the rest of the day.”

Hastings says he caught his fish in diverse vegetation — all on reaction baits.