Smith is rolling on the final day 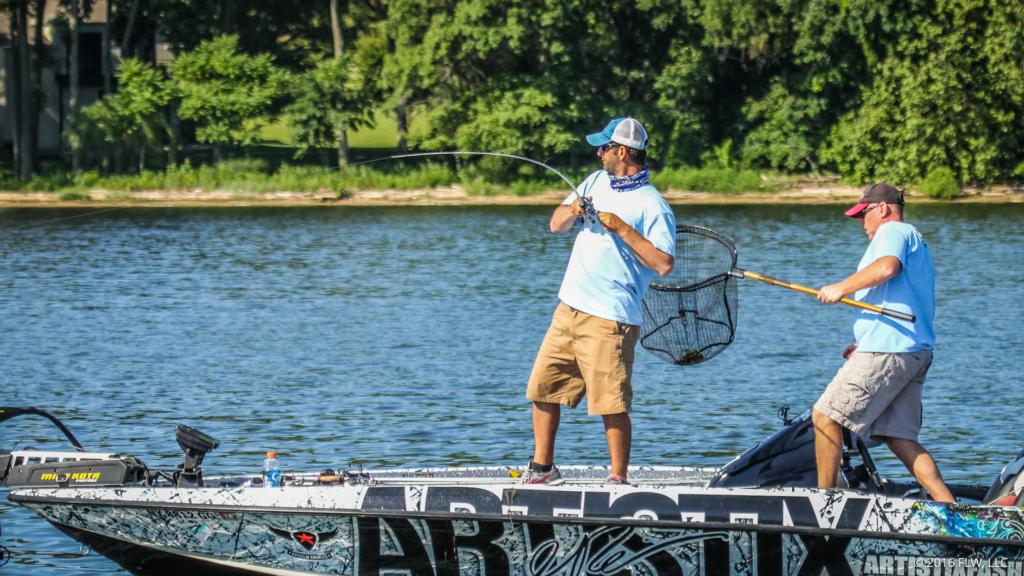 If his main course turns out as good or better than his appetizers, Casey Smith could run away with the Costa FLW Series event presented by Plano on the Potomac River. On day two, Smith caught a few fish during the outgoing tide, but nabbed his 20-pound bag — the event’s biggest sack and the only one starting with a 2 — during the latter half of his day when the outgoing tide started.

Smith’s final morning started with a bang, as he nabbed three good keepers, including a 5-pounder, within the first hour. By about 8:30, that flurry had ended and Smith went several hours with only catfish bites. His hope is that the afternoon tide will deliver another rally that bolsters his morning productivity.

Fifth-place pro Aaron Hastings was seen boating a limit that included three good ones. The Maryland pro has a ton of Potomac experience, so we’re looking for him to hold his ground, if not improve.

After two days of frog overload, it’ll be interesting to see how tenth-place pro Jeff Coble fares. The North Carolina pro, who placed second on day one, spent much of his time behind a Pop-R on days one and two, so if he can talk a few good ones into it, he could return to the upper end of the leaderboard.

With calm breezes and lots of sunshine, anglers have pleasant conditions in which to work. Weigh-in starts live on flwfishing.com or in-person at Smallwood State Park at 2:30 p.m. ET.