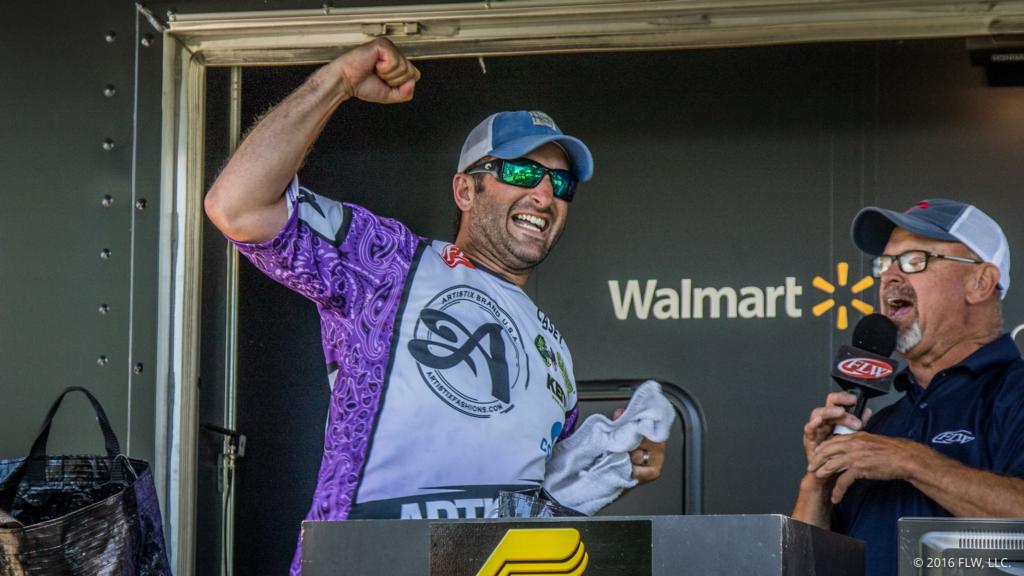 Opportunity knocked and Casey Smith did not allow thoughts of a later appointment to prevent him from capitalizing on another opportunity — one that ultimately lead him to victory at the Costa FLW Series presented by Plano on the Potomac River.

With limits each day, Smith caught 14 pounds, 14 ounces on day one to place 22nd, but rocketed into the lead on day two by whacking a 20-pound sack. In the final round, the pro from Macedon, NY added 16-8 and earned his first Costa FLW Series win with a three-day total of 51 pounds, 6 ounces.

“This is incredible,” Smith says. “I’ve been wanting to step up to this level for a while." 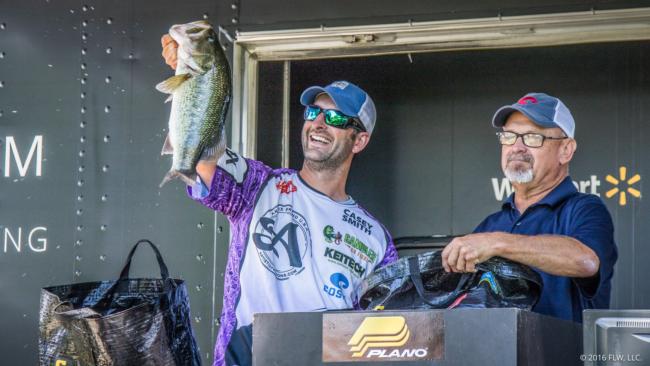 Smith caught most of his weight from a broad grass flat in 4-6 feet of water along Aqua Po Beach, just south of Aquia Creek. Location, he said, was the key to his success.

“I found a ditch that led down into a hole and the fish were sitting right on the corner of where the ditch met the hole,” he says.

Drawing upon his day-two experience, Smith says he was expecting to find his best opportunity there on the incoming tide cycle. This week, tournament days started with high, outgoing water; so yesterday, Smith caught a decent bag in the morning and then found his big fish on the afternoon tide.

Day three saw a complete flip flop, as Smith enjoyed a flurry of activity in his first hour on the spot. His first fish was a solid keeper and after boating a near twin, Smith’s third fish went 5-plus.

“Like I said yesterday, just when you think you have it figured out, you realize you don’t,” Smith says. “But if I hadn’t capitalized on those morning bites today I wouldn’t be standing here.”

This followed a day-one miscalculation, when Smith realized that running the tide — moving up or down the tidal range to stay with a particular stage — was not as productive as he’d planned. On day two, the discipline to park on a promising area rewarded him with the tournament’s only 20-pound bag.

“The area I fished is a community hole that I’ve fished a handful of times and I didn’t have much luck there,” Smith says. “I have to give all the credit to my roommate Chris O’Brien for figuring out how the contour laid out in that area.

“We practiced in there together on Monday and he got a better idea how it laid out. We looked at it together, mapped it out and he was right on with his theory.” 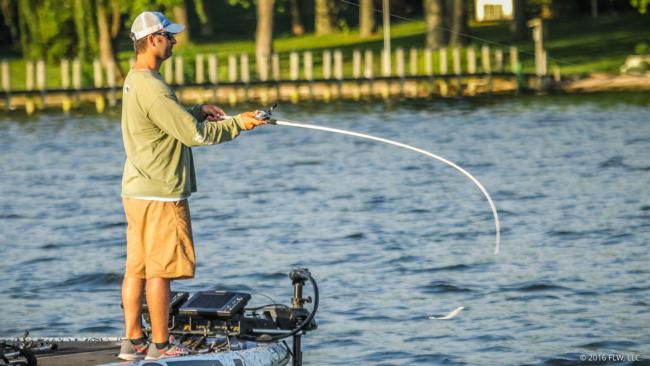 On day one, Smith started on his main spot at Aqua Po Beach, fished until about 11 a.m., and made a short move into the mouth of Aquia. There, he targeted outside grass edges while allowing his primary spot a breather. Aquia contributed one of his weigh-fish, with the rest coming from his morning spot.

“Communication was the key,” he said. “In the afternoon, Charlie was in there and we communicated on where each of us wanted to be and, for the most part, it was pretty clean.”

Complementing the thrill of topping his first FLW Series event, Smith said that winning on the Potomac also bore sentimental value. During his senior year at SUNY Geneseo, he founded a fishing club and shortly thereafter made his FLW College Fishing debut on the Potomac.

“I found out you could start a team in your senior year and fish through that summer,” Smith said. “In my last semester, we fired up a team, got a few guys and I came here in 2009 and fished my very first college event.

“It’s really cool to come back here and win where I started college fishing.” 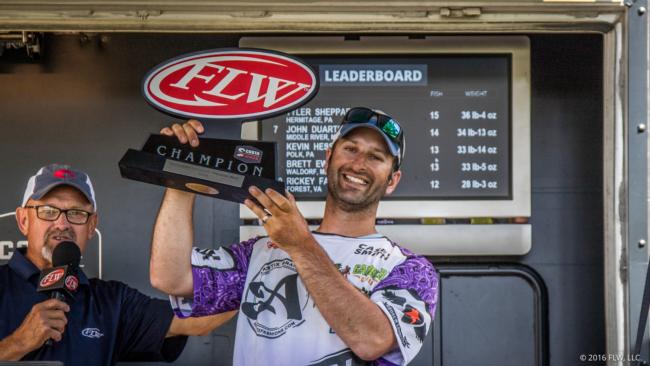 Smith breaks down the win on video