Williams Tops Co-Anglers on the Potomac 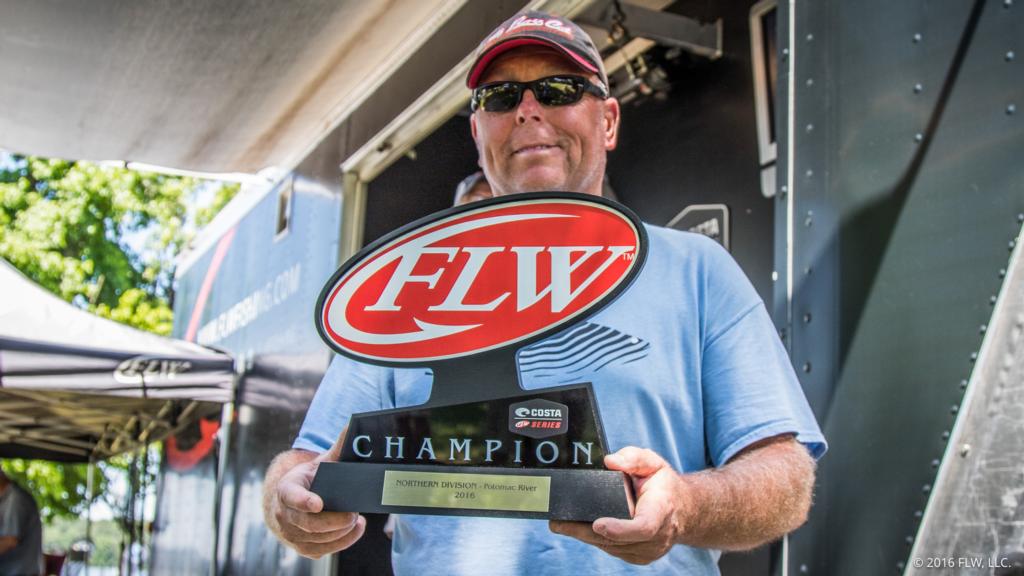 Proving that luck occurs when opportunity meets preparation, David Williams took advantage of the fertile grass bed that eventual pro winner, Casey Smith fished by reeling in a limit that weighed 14 pounds, 9 ounces to win the co-angler title in the Costa FLW Series event presented by Plano on the Potomac River. 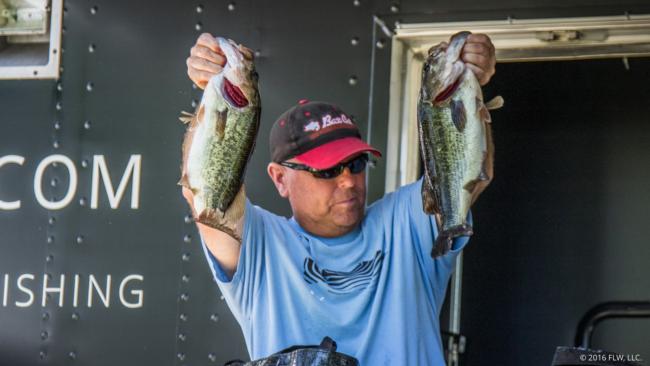 With Smith focused on a small ditch running through the grass bed just outside the mouth of Aquia Creek, Williams made long casts across the mixture of hydrilla and milfoil. Williams fished a SPRO Bronzeye Poppin’ Frog in the leopard frog pattern and a chameleon purple Dave’s Tournament Tackle Swim Jig with a Zoom Super Chunk trailer.

Contrary to the morning flurry that Smith enjoyed, most of William’s quality came in the afternoon. Today’s tide schedule saw high outgoing water at takeoff, with a midday lull and an afternoon incoming cycle.

“When the tide goes out, they eat the frog,” Williams says of the fish’s aggressive response to his topwater presentations. “I didn’t get the last big one until about 1 o’clock today.”

During a mid-morning lull, Smith moved inside Aquia to fish outside grass edges in hopes of picking off a couple of keepers. This plan actually proved more beneficial for Williams, who caught a couple of his weigh-in fish here. 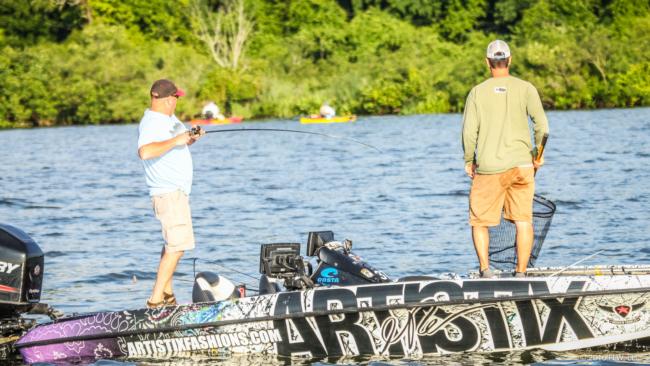 His biggest fish, which went about 4 pounds, bit during the first hour of the incoming tide.

“Either the last hour of the outgoing or the first hour of the incoming is best for the frog because the grass is laid over,” he said. “You just make long casts and keep winding it in. The ones that ate it were pretty aggressive.”