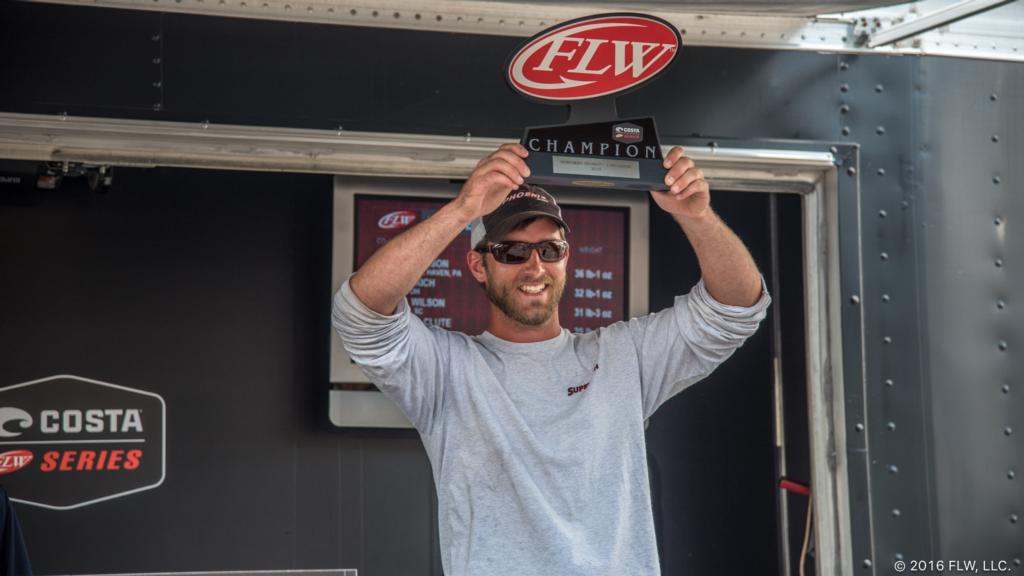 The 1000 Islands is a great place to take a vacation, especially if you are from the south and want to escape the heat. That is exactly what co-angler Joe Thompson of Clayton, Ga., did and wound up capturing the top spot in the co-angler division bringing home a Ranger Z117 with a 90 hp motor.

Thompson fished the Southeastern Division of the Costa Series as a pro this year, but decided a little relaxation was in order so he came north.

“I love to fish for smallmouth, but I just don’t get to do it that often,” says Thompson. “I wanted a vacation and to get away from the heat in Georgia so I came up here with a buddy and figured I might as well fish as a co-angler while I’m here.”

Day one Thompson got to put a drop-shot in his hand and go to work. He caught 15 pounds in five minutes and realized that he had a pretty special bait. After loaning a few to his boater who promptly caught 17 pounds, he knew it was the deal.

High winds on day two limited the field to the St. Lawrence River and Thompson was paired with someone targeting largemouth.

“The second day was tough switching over to largemouth,” Thompson recalls. “I didn’t have a fish at 1 o’clock and my pro finally gave in and asked if I had anything I wanted to do. I asked if we could go out to the river channel and I caught five fish in 30 minutes and lost a big one right at the end of the day. I thought that was going to hurt me.”

Thompson settled with 10-11 on day two, but it was enough to push him through to the final round.

Today he was paired with Cory Johnston and once again got to tangle with smallmouths. 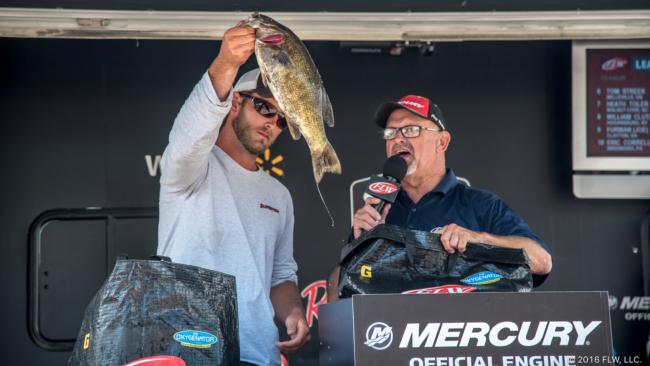 “I knew the only chance I had to win was going out offshore in the lake to target smallmouth,” Thompson says. “I got some really good draws this week and being with Cory was definitely one of them.”

The bait of choice that helped Thompson catch all of his fish and big bag on day three (17-12) was a Berkley PowerBait Twitchtail Minnow rigged on a drop-shot with a 1/4-ounce weight. He notes the lighter weight was a big help in getting bites behind the pros.

“I’ve never had everything line up where I get the right combination of boat draw and bait.

“This is the best vacation I have ever had. I wasn’t up here to make money and now I’m coming home with a boat.”