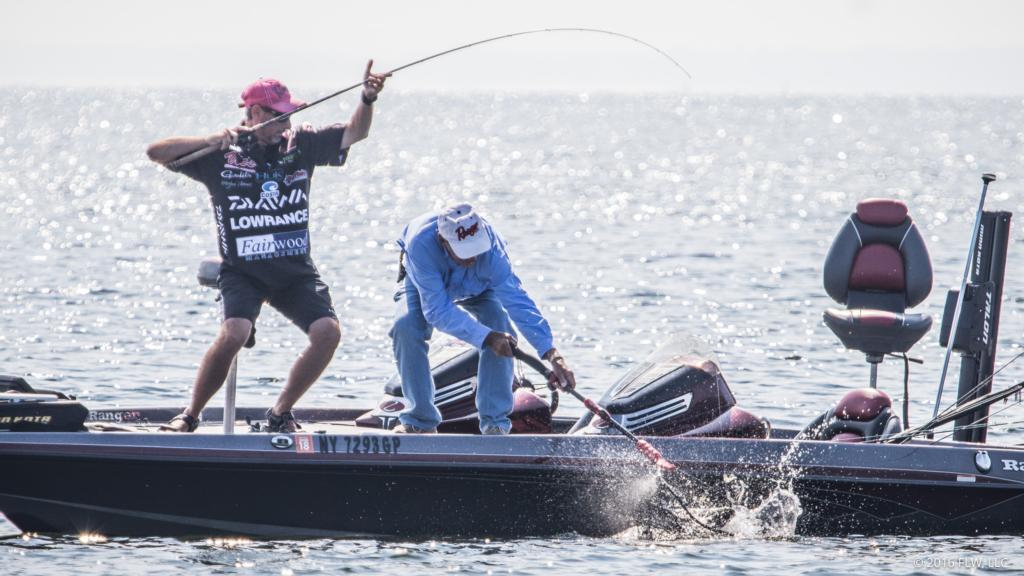 After weigh-in on day one, all the pros in the top 10 of the Costa FLW Series Northern Division event presented by Ranger Boats on Oneida were tightly packed. After day two, Cory Johnston managed to separate himself from the field by 2 pounds, 8 ounces. Though Johnston’s lead seems sizeable compared to the horserace that was day one, tomorrow is another day and any of the pros in the top 10 could challenge for the win on Saturday. 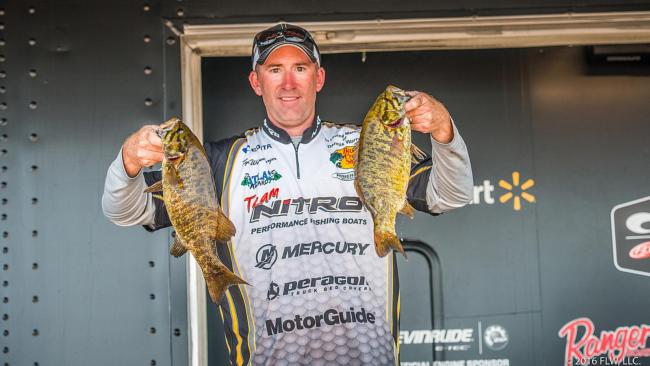 Of the top five after day one, only Johnston and Weisenburger managed to stay in it, though Weisenburger brought in a slightly smaller limit worth 16 pounds, 6 ounces the second day, he still managed to improve from fourth place.

“I went back to my primary area where I caught most of my fish yesterday and I thought I’d just leave it all out there today,” says Weisenburger.

Though his spot didn’t produce numbers, it certainly had enough. After hammering it until 11 a.m., Weisenburger left his juice with a limit. He says he returned later in the afternoon and culled once, but that the later hours of the day were essentially dead for him.

“I’ve got some fish that I found on top of a shoal in 1- to 3-feet of water,” says Weisenburger. “Off the shoal a ways there’s a little hump that’s not necessarily on the map with a little grass growing up and I’m just kind of going around and around that. I think the fish there have each seen my bait 50 times by now.

“Tomorrow, if I get a chance, I’ll hit the primary area, but I won’t stick it out there, I’ll run some new water if I have to.” 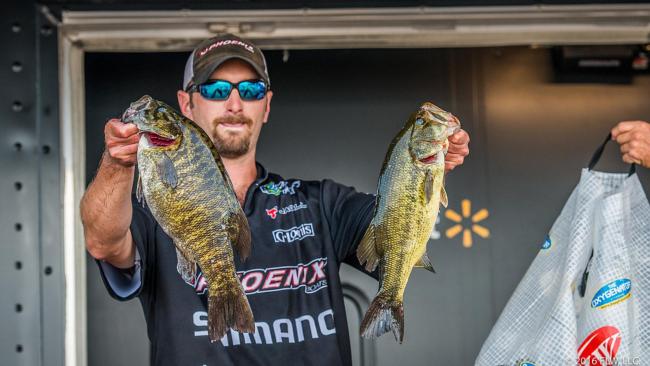 Ian Renfrew’s record on Oneida is exemplary, so it’s no surprise to see him battling it out into the weekend.

Unlike many, Renfrew is deliberately targeting largemouths for at least part of the day.

“I don’t know what’s gonna happen tomorrow,” says Renfrew. “I’m only getting about two good bites out of my largemouth area, but I’m getting about eight bites out of there in the first half hour. I had bites there this morning, but the quality there was awful, I had maybe 13 pounds when I left there. One was a pretty good one and I culled every other one.”

Renfrew reports that his morning largemouth spot is about the size of two boats – simply a rocky patch bordered by two grass beds that the fish roam around in the morning.

In addition to the largemouth spot, Renfrew has one smallmouth spot to go with it, and that’s what paved his way into the top 10 today. Overall, he says he caught about 10 bass on the day. 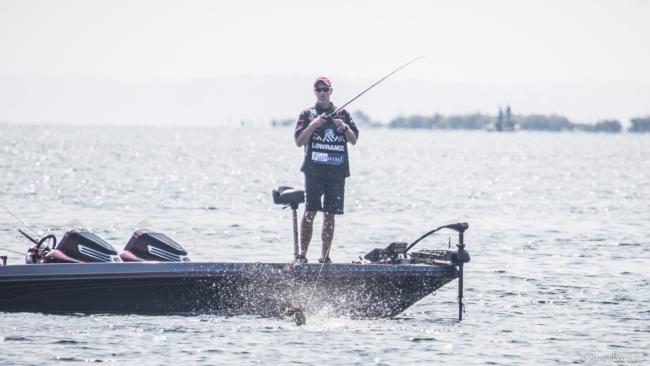 Moving from 19th to fourth, Lawrence Mazur’s 17-12 bag of smallmouths might have been the talk of weigh-in were it not for Johnston.

“I’ve got two main spots,” says Mazur, who won a Costa FLW Series event on Lake Erie in 2011. “I went to my primary spot first thing and I was culling by 8:45. At my second spot I caught a bunch of fish and then left. I stayed at my primary spot longer today, yesterday I only stayed there a little while because I didn’t want to burn them.”

Mazur says that he’s predominantly fishing just one bait and is hopeful that less competition will let him fish a bit more effectively on the final day.

“I had a lot of company come in on me today, that’s just fishing,” says Mazur. “I’m gonna hit my main spot first, and I shouldn’t have any company tomorrow.” 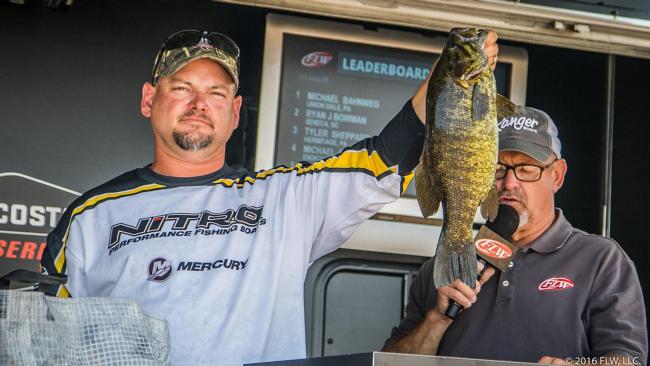 One of the most consistent in the top 10, Jason Shipton is fully on the smallmouth plan.

After catching six bass on the first day and losing seven, Shipton’s numbers went down, but his percentage went way up, as he hooked and caught exactly six fish on day two. Fishing offshore with a drop-shot, he says he’s around a fair number of other anglers, but to this point he’s been able to adapt and keep catching bass.

“I’m playing it by the weather,” says Shipton. “I’m going shallow in the morning and deep in the afternoon, but I lay off them. I don’t want to spook them too much or it messes them up. If somebody comes in I move elsewhere.”