Fisher in Front at Table Rock 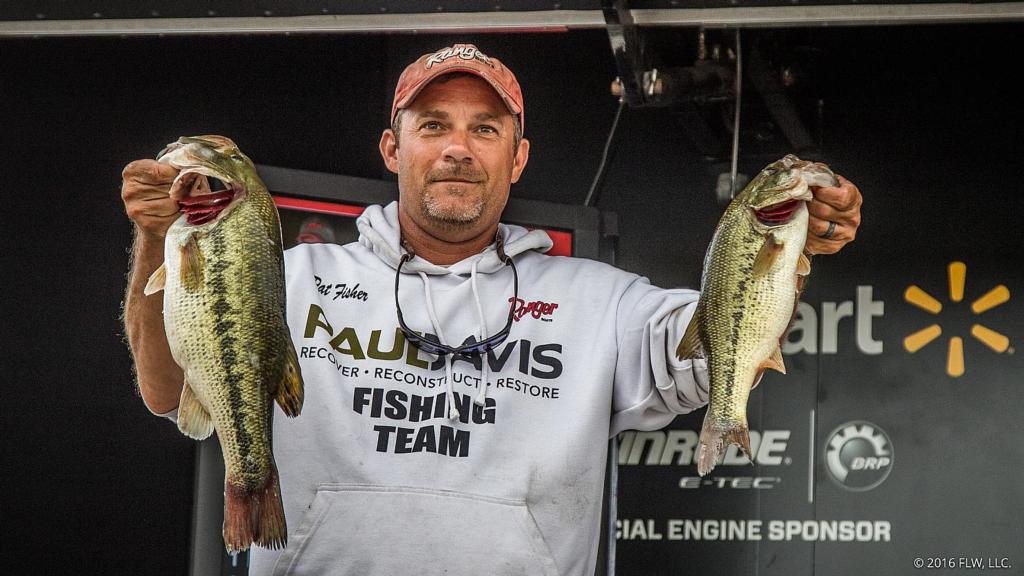 After four tough days of practice, most anglers figured that the fishing would be a real struggle at the 2016 Costa FLW Series Championship on Table Rock. Though the weights after day one certainly aren’t up to the lofty standards that Table Rock sets when the weather is cold, every pro in the top 10 brought in at least 13 pounds on day one. At the head of the pack, Pat Fisher of Colbert, Ga., wrangled up 15 pounds, 3 ounces for a slim margin over second-place pro Bradford Beavers of Ridgeville, S.C., who weighed 14-13.

“It’s a surprise. It’s a very good surprise,” says Fisher of his day. “I made a long run, a lot of fish got beat up in there in practice, up where I was. But, I was the only one in there today, and I just stuck with it.”

Though Fisher weighed quality throughout and landed nine keepers, a big kicker really keyed his day.

“That big fish was my third fish,” says Fisher. “There was a little stretch there when they were feeding, and that really set the tone for the day. I haven’t seen a fish that big all week.”

Well away from the ramp and way in the back of a creek, Fisher adapted perfectly to the calm and overcast conditions that loomed over the field all morning.

“I’d been catching them on a shaky head in the bright sun and the clear water,” says Fisher, “but this morning with the overcast they came up and ate topwater. I had a pretty consistent day, just catching them all day long on a topwater bait. When I wanted to catch one, I picked up a shaky head, but they weren’t the size I was looking for.”

Though the area he’s fishing isn’t huge, Fisher seems fairly confident that it has enough juice for at least another day. He doesn’t think he leaned on them too hard, and he says that he only saw one other boat back in that general area today. 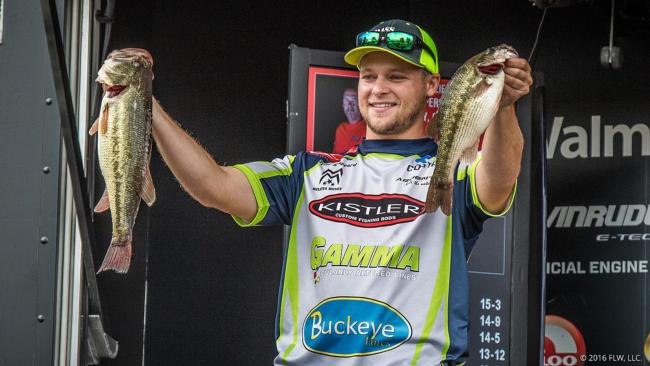 Sheppard sets the pace among co-anglers

After winning the Co-angler of the Year title in the Northern Division, Tyler Sheppard got off to a roaring start at the championship. Weighing 12-10 on day one, the Hermitage, Pa., co-angler leads by more than 3 pounds over second-place co-angler Robert Myers of Broken Arrow, Okla.

“Neither of us had a keeper until like 12:30,” says Sheppard, who fished behind David Mansue on day one. “Then we just kind of junk-fished into them with jigs and swimbaits.

“I got the right bites, but it always helps when you catch one over 5,” says Sheppard. “It’s unusually tough. I culled twice today, but it’s tough to come by 15-inchers.”

The luck of the draw is a big factor on the co-angler side, but going into the second day, Sheppard seems to have figured out at least a few things.