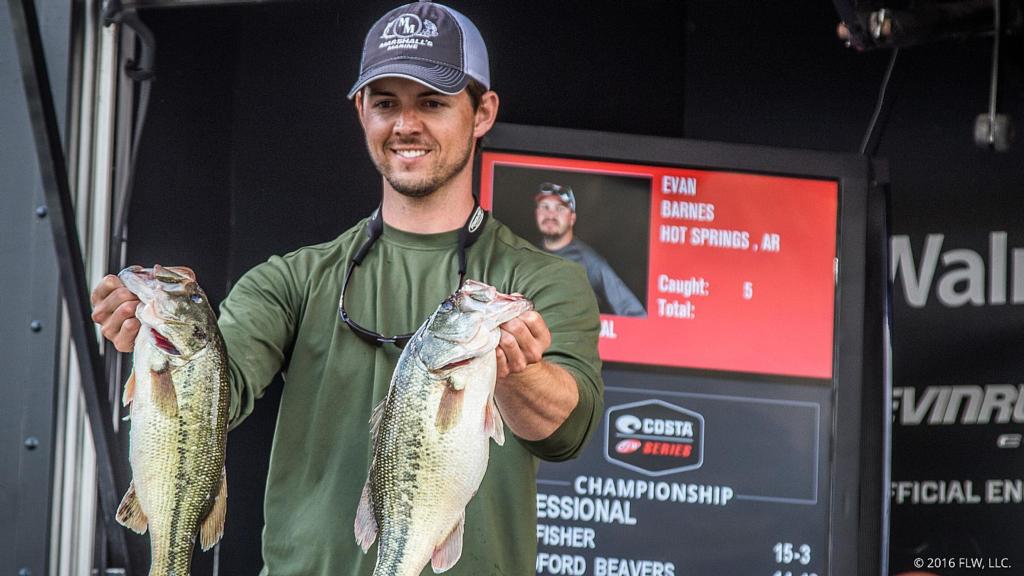 It’s extraordinarily tight at the top of the standings after day one of the Costa FLW Series Championship on Table Rock Lake. Just 8 ounces separate second place and a pair of pros tied for fourth, and sixth place is just an ounce behind that. Table Rock isn’t giving them up easy, as evidenced by a ton of pros shy of a limit, yet the competition is still very fierce.

Lower temps are called for later in the week, but day one was warm, overcast and slick for most of the morning before giving way to scattered clouds and a brisk wind in the afternoon. Typically, wind is a boon on Table Rock, but the pros who caught them well adapted to the lack of wind today, and they aren’t likely to get much more wind as the week goes on. If the weather forecast holds, day two will be a classic crisp and cool post-frontal day with little breeze and a chance for some morning fog.

Here’s how the four pros chasing leader Pat Fisher got it done on day one.

Coming out of the Southeastern Division and with a top-10 finish at Wheeler Lake, Bradford Beavers is looking to put the finishing touches on his best year to date.

“I caught ’em early in the morning. After 10:30 I struggled,” says Beavers. “I caught seven keepers today, and the first five were the ones I weighed in.”

Beavers says he’s throwing reactions baits and fishing middepth stuff, and notably not going to the same extreme as other pros.

“For the area I caught ’em, I have six areas like it, but it seems like only two of them are really holding any quality,” says Beavers. “I hit everything I knew to hit today, so I didn’t leave a whole lot. We’ll find out what happens tomorrow. This is the only thing I know to do.” 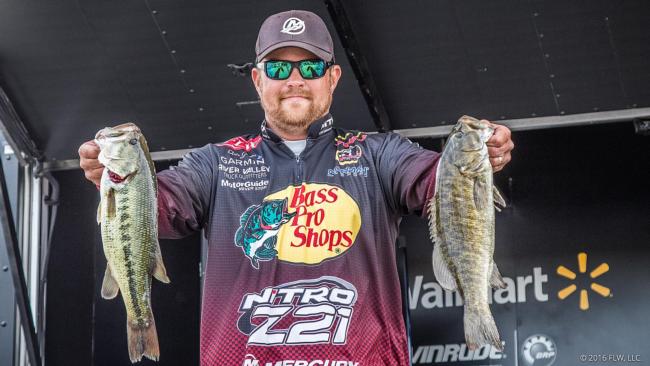 Christopher Jones got an assist from Zack Birge on day one. After getting to his first spot, Jones lost his lower unit. With the promise of a ride back in at the end of the day from Birge, he was able to stick with his best area and weigh his fish to get on the board before figuring out how to get his boat to the service trailers.

“I got to where I wanted to fish,” says Jones. “So, it’s one of them deals. I didn’t hit anything. I don’t know if the bolts vibrated loose or what; it [his lower unit] just came off. There are enough fish in there to make it for tomorrow. I just have to get my boat fixed.”

Jones says he’s fishing the back of a pocket with a lot of shallow wood, and caught all his fish very shallow.

“I think I caught nine or 10 keepers,” says Jones. “I haven’t got much of an area. I just hope it holds up. I’ve been able to replicate it around the lake, but it’s about the only place I’ve found that has that kind of quality.” 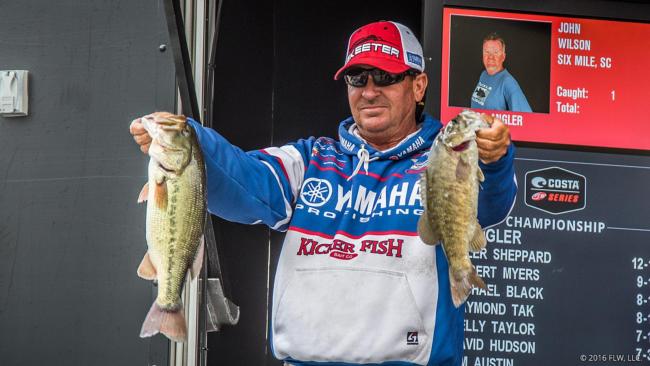 Tied for fourth with Brad Cook, Cody Bird came into day one feeling pretty good and is going into day two feeling about the same.

“It was pretty good,” says Bird of day one. “I caught maybe seven or eight keepers, just one every hour or so, nothing real furious.” 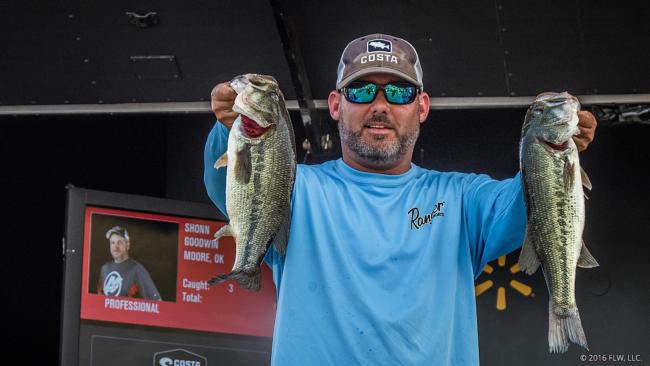 Brad Cook seems to have rationed his fish more than anyone else in the top five.

Cook says he caught about eight keepers on the day and only used two rods. Fishing from takeoff to the mid-lake area, Cook weighed all largemouths and says he’s targeting more middepth water than anything super shallow or deep.

“I live at Grand Lake, and it’s very similar right now to what would be going on there in late September or October,” says Cook. “It’s funky and tough, and you can be a hero or a zero. I’m hopeful. If it’s God’s will it will happen this week.”