Jigs were the go-to lures in Southeastern Division finale 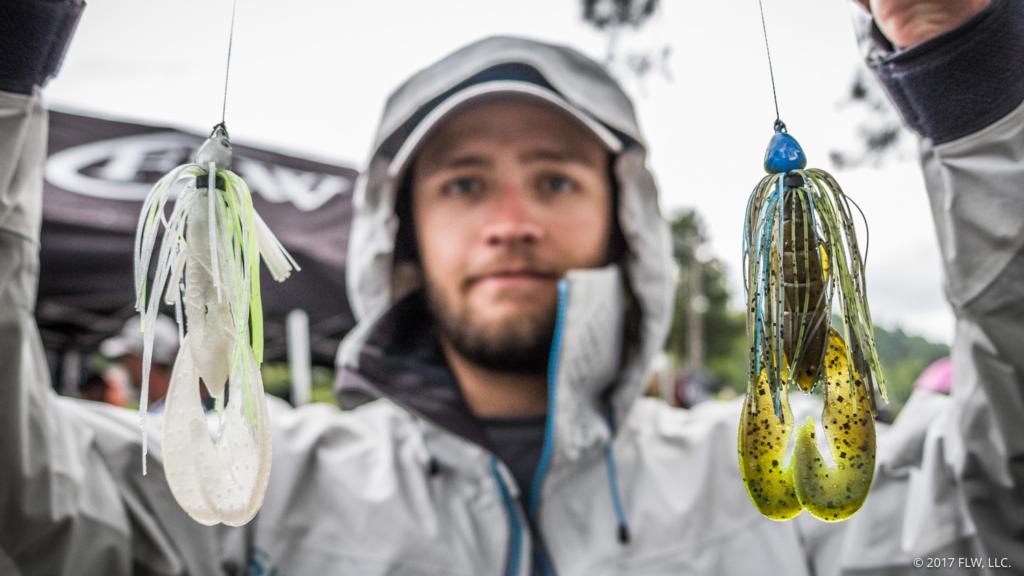 With only a couple of exceptions, jigs of some variety were the go-to lures for the top 10 anglers in the Costa FLW Series Southeastern Division finale on Lake Chickamauga presented by Lowrance. But some anglers were giving their lures a little extra personal "tweak" that they felt paid off with a check. 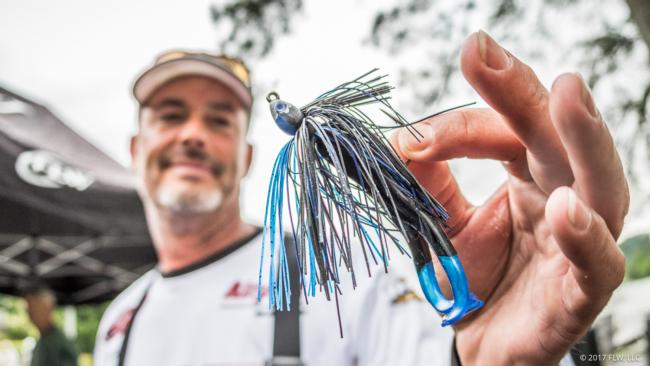 1. To win his $48,000 check, William Weidler’s go-to bait was a 1/2-ounce Dirty Jigs No-Jack Swim Jig with an H&H Swamp Frog trailer. But there's a catch. Weidler says the feet on the frog only come in white, so he dyes them blue one-by-one to match the jig. 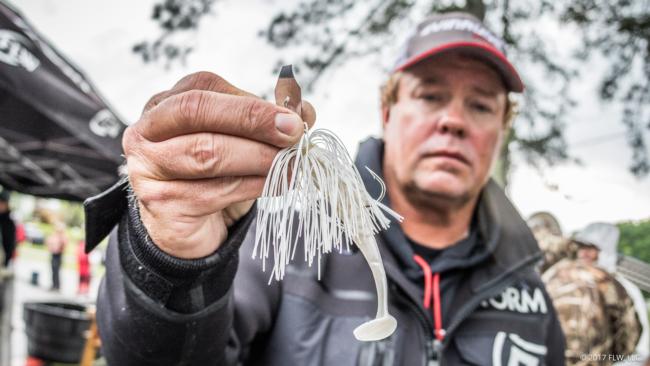 2. Barry Wilson shows off his tournament favorite – a 1/2-ounce Strike King Pure Poison vibrating jig with 5-inch YUM Pulse Swimbait. "I bite a little bit off my trailer,” Wilson says. “The thing about it is, it rotates and the tail will wiggle as well, so it's going to give you incredible action." 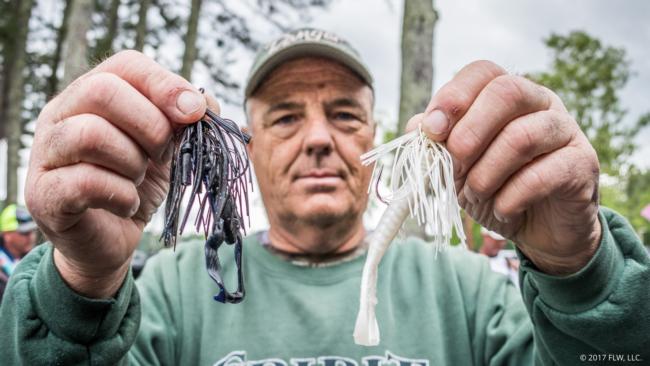 3. Brian Merriman relied mostly on a 1/2-ounce Tight Line Jigs Wood Thumper Jig designed by Charles Clemons. He tipped it with a YUM Mighty Craw. The key was feeling through rocky areas on the bottom, and over the two days of fishing he caught four 4-pounders off of one rock with the jig. 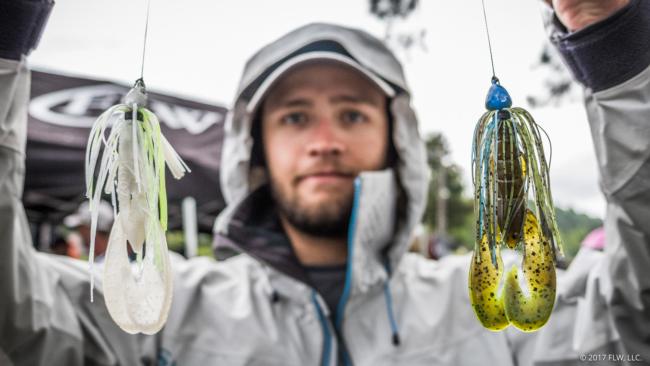 4. Like Weidler, Taylor Ashley depended heavily on Dirty Jigs No-Jack Swim Jigs. He says he especially likes them because they’ve "got a big hook." He trailered them with Zoom Super Speed Craws in matching colors and fished them on 65-pound-test PowerPro braid. Ashley used the same jigs to win the Costa FLW Series Southeastern Division opener in January on Lake Okeechobee. 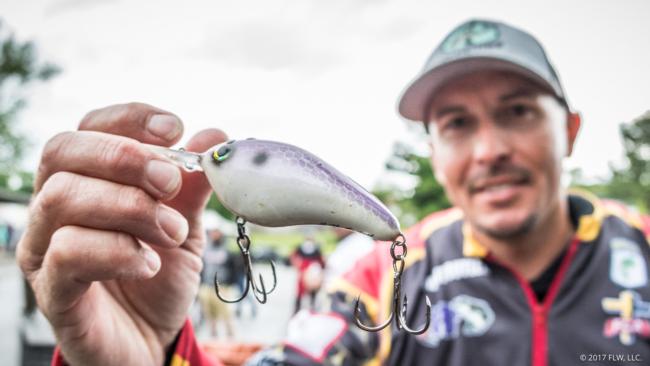 5. The only top-10 angler who relied largely on a crankbait, Brent Butler caught his biggest fish on Strike King 6XD, with a twist. Butler has his crankbaits custom-painted by Bushwhacker Custom Baits in Madisonville, Tenn. "He's an unbelievable plug painter. I've got a box full of them,” Butler says. 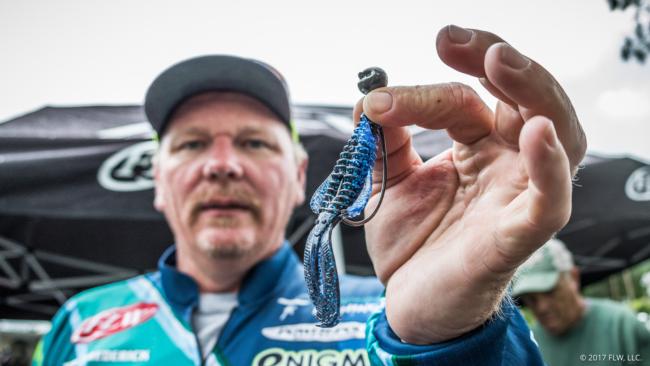 6. Tim Frederick admits he is a new fan of the Strike King Rage Bug on a Strike King Jointed Structure Head. “It's the first event where I've thrown one, and I'm a fan now,” he says. “It's just got good action on this jointed head. I was just throwing it out there and working it back like a crankbait, just slow-rolling it." 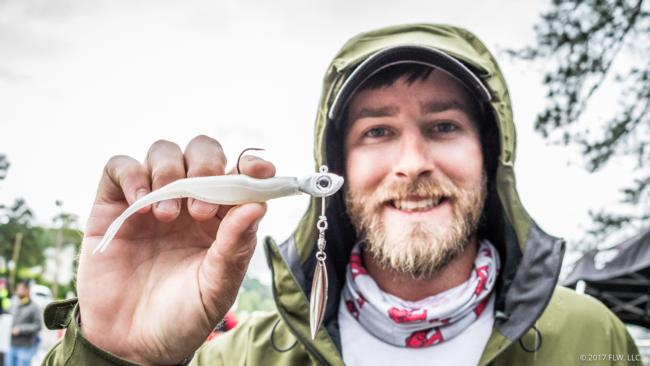 7. Joe Thompson went a little different route from most. He mostly threw an under-spin jig, specifically a 1/2-ounce SuperFish SuperSpin outfitted with a Zoom Super Fluke. "It's a herring spawn bait," he says. "I brought it from Georgia, but the shad are spawning here so it works good. I had a blast. I wore out 30 of them today." 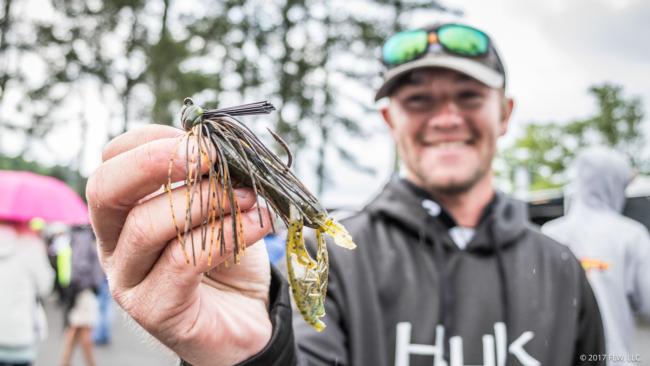 8. Wes Logan is yet another fan of Dirty Jigs. His choice was the 3/8-ounce Scott Canterbury Flippin’ Jig with a NetBait Baby Paca Craw in green pumpkin. "It's made real well, got a good hook in it and a stiff weedguard. They make a real good jig," says Logan. 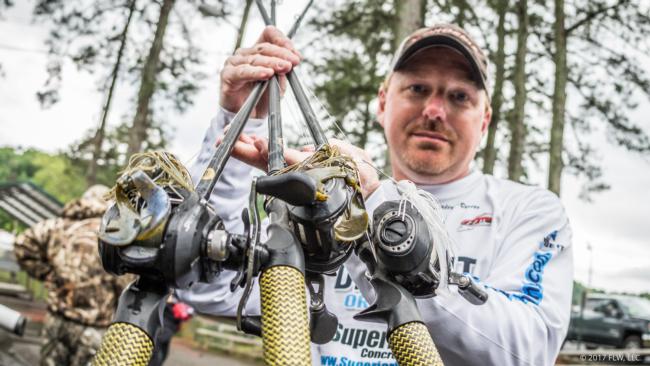 9. Hensley Powell threw a Stan Sloan’s Zorro Bait Co. Booza Brush Bug and Aggravator Spinnerbait.  "I was throwing a 1-ounce to a 5/8-ounce spinnerbait, and I put one big willow leaf on it trying to keep it down. With the dirtier water that was the only thing I could get them to fire on really." 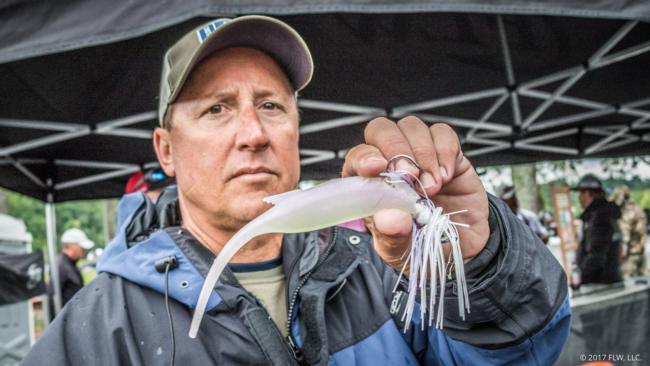 10. Anthony Ford found what turned out to be his favorite vibrating jig locally at Soddy Custom Bait and Tackle in Soddy Daisy, Tenn. “I believe they make them themselves,” says Ford. “They had some special tails. I don't know if that had anything to do with it or not, but they worked good."