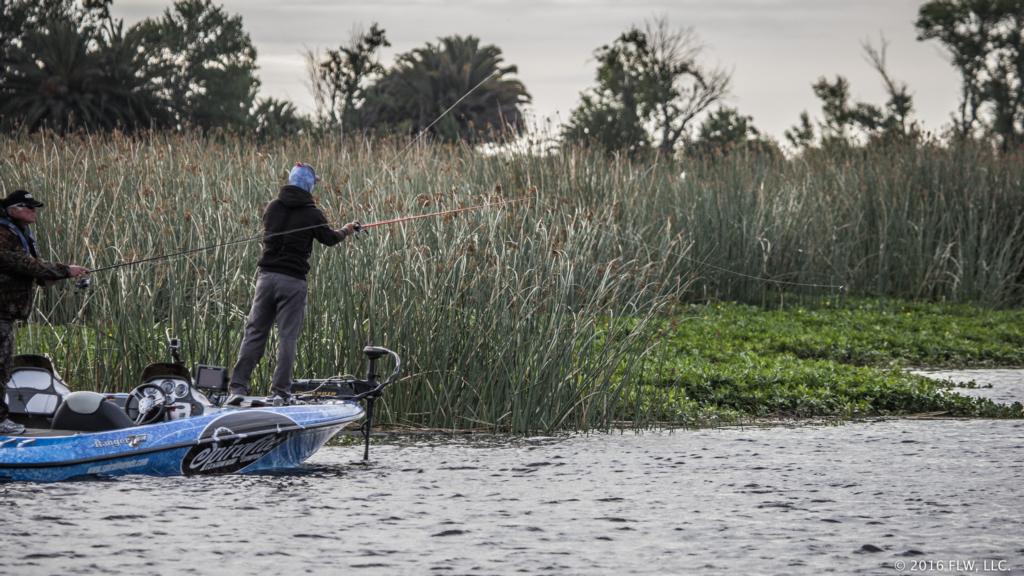 With the weather finally stabilizing, the bass should be getting back on track
May 10, 2017 • David A. Brown • Toyota Series

Ken Mah knows the California Delta well, but the pro from Elk Grove, Calif., says he’s expecting a different look than what May usually brings when the second Costa FLW Series Western Division begins Thursday, in an event presented by Power-Pole and hosted by Russo’s Marina and Sugar Barge RV Resort and Marina. Water influx plus unstable weather, he says, have stirred the pot – literally and figuratively.

Massive water influx from heavy rains of the first quarter have mixed with seasonal Sierra Nevada snowpack melt-off to flood parts of the Delta and prompt boating closures, mostly in the southern end. On top of that, Mah says, water temperatures have lowered, and air temperatures have ridden the roller coaster of late.

The last week of April presented the first consistent stretch of weather with overnight lows in the mid- to high 60s and the daytime highs in the mid- to upper 80s. Last week saw temperatures in the 90s for several days.

“So, the large volume of snow that will continue to melt through June, coupled with the unstable weather conditions have made the water colder and more off-color than a typical May,” says Mah. “About a week before the tournament, water temperatures were 54 to 56 degrees in the morning and up to 69 degrees by the afternoon. Typically in May, it’s already stable with mornings in the mid- to high 60s.” 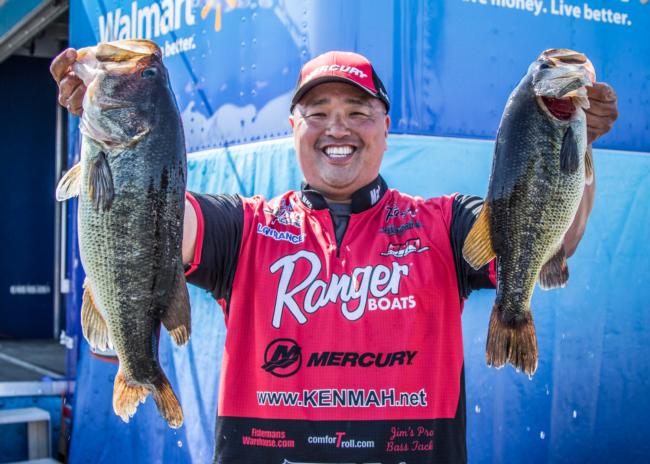 Keeping tabs on the local tournament scene, Mah has seen lower-than-normal weights and a distinct scarcity of big fish. That’s not to say that tournament week won’t see floodgates fly open, but he’s suggesting an open-minded approach with balanced measures of ambition and reality.

“I think the fish will eat the things we typically throw in May, and I’m hoping that the stable weather we just had will push them off the edge,” Mah says. “I think you’ll be able to catch fish on the Delta a multitude of ways, but people are going to have to adjust what they think is a good weight. That’s the mental adjustments.”

Mah thinks 17 to 18 pounds a day will make Saturday’s top-10 cut. He’s predicting a winning weight in upper 50s or low 60s for three days, but more would not surprise him in this Western monster lab.

Addressing the remaining southern Delta closures, Mah says, “The good thing about the Delta is that you can win anywhere, so unless you’re from that area and that’s where you like to fish, you have a lot of other areas.” 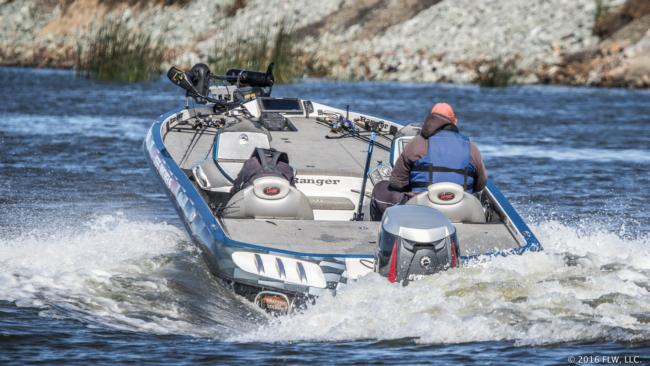 “With the cold water and all the unstable weather, we still have yet to see a really big wave of spawning fish,” he says. “From a fishing perspective, I think the Delta is at least a month behind.”

Mah fully expects to find fish in all three phases of the spawn, but he notes an atypical breakdown. A typical May sees 40 percent of the fish in postspawn, 20 percent spawning and then 40 percent prespawn.

“I think this year, there will probably be 20 percent postspawn, 20 percent spawning and then the bulk will be coming,” Mah says.

Now, with what Mah calls unseasonably warm weather last week, the big females could be advancing their plans.

“I’m confident that there will be a large wave of fish going during the tournament,” Mah says.

Mah says those prespawn fish will eat a mix of vibrating jigs, square-bills, spinnerbaits, frogs and topwater plugs. Slipping drop-shots next to tules is another Delta favorite, and swimbaits will always have a place in Western fishing. For bedding bass, jigs, Texas-rigged craws or creature baits, and even drop-shots will earn the bites. 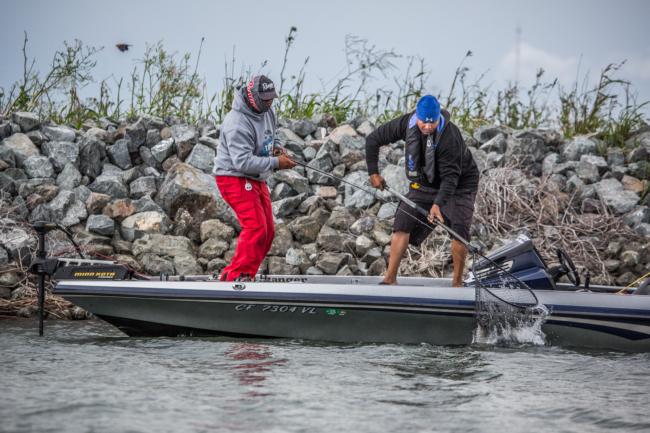 The good thing about the Delta’s tidal nature is that the daily rise and fall will push and pull water through abundant shallow vegetation, which filters turbidity from the recent influx and windy conditions. That means cleaner water is available for those who seek it.

The drawback of daily ebb and flow is the complicating movement of fish and forage, which tends to create brief windows of opportunity and forces the question, “Do I stay, or do I go?”

Specifically, that means deciding between a localized effort or “running the tide” – moving up or down the tidal plain to stay with a specific stage of water movement.

“It depends on what you find, but for me, because I know the water, I tend to want to run the tides,” Mah says. “But for people who aren’t from the area, if they find good fish somewhere, it might be more conducive for them to camp out on those fish and find different ways to catch those fish.”

Click here for a map of closed Delta waters.