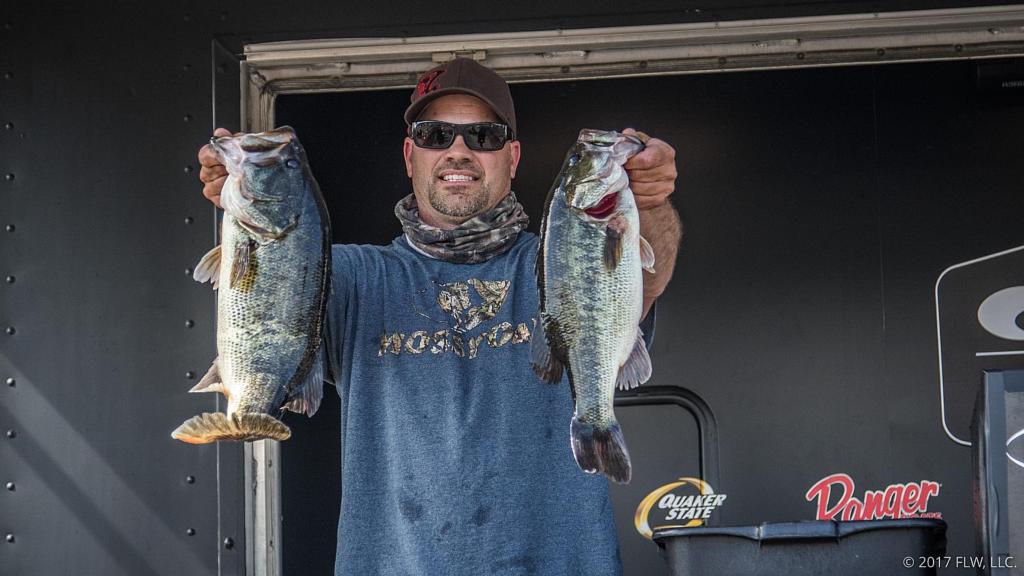 In terms of water level, more was definitely better for Beau Joudrey, who caught a five-fish limit that weighed 22 pounds to earn the lead on day one of the Costa FLW Series Western Division event on the California Delta, which is presented by Power-Pole and hosted by Russo’s Marina and Sugar Barge RV Resort and Marina.

The pro from Oakley, Calif., took advantage of the day’s tidal schedule, which saw a high tide early and then an outgoing cycle for most of the fishing day. While a high tide challenges sight-fishing efforts by obscuring visibility, for Joudrey it meant more cooperative quarry.

“The high water made the fish comfortable,” he says. “They were bed fish; they were just in deeper water. They were really relaxed, and I was able to slow down and pick apart the areas.”

“I mainly fished tules, and you had to have some hard bottom mixed with grass pockets,” he says. “Everything had to go really slow and methodically. You’d Power-Pole down every 6 to 8 feet and pick apart the cover.”

Joudrey found that leeward shorelines were an absolute must.

“I picked areas where I knew if it was windy, it wouldn’t matter, so I fished out of the wind for the most part,” he says. “Most of my fish came early, and then I scrambled around, but if I was in the wind, I couldn’t get bit.

“About 11 o’clock, I culled one time with maybe a 4-pounder, and then that was it. That one was a bed fish, so I sight-fished one bass.”

Joudrey fished the middle to south Delta, largely by default – a decision that bore out its wisdom with big results.

“I live out here, and I didn’t get to pre-fish at all during the week, so I just ran old stuff,” he says. 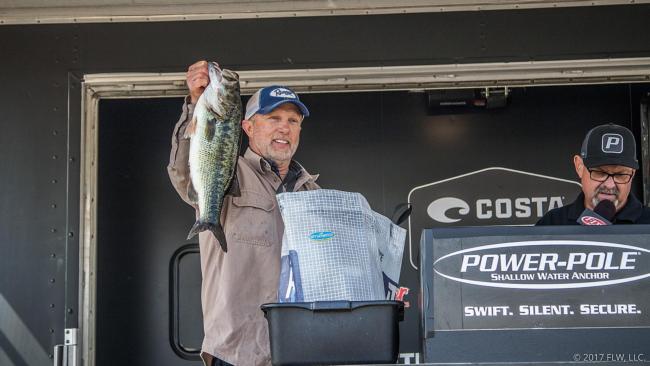 Neil Sterud II of Antioch, Calif., caught a limit of 15 pounds, 11 ounces to lead the co-angler division. Edging out second-place angler Carl Limbrick Jr. by an ounce, Sterud says fishing the right water was key, and that meant leeward edges free of the soupy green algae draping a lot of the Delta grass.

“We got in behind the wind and looked for water that wasn’t so slimy,” he says.

Sterud caught his fish on a wacky-rigged Yamamoto Senko.

“We [he and pro partner Marco Valdez] fished tule pockets,” Sterud says. “We did good before noon, but we struggled after 12 o’clock. The higher outgoing tide was more productive because the fish moved off the bank, dropped out and then they were more accessible to us.”