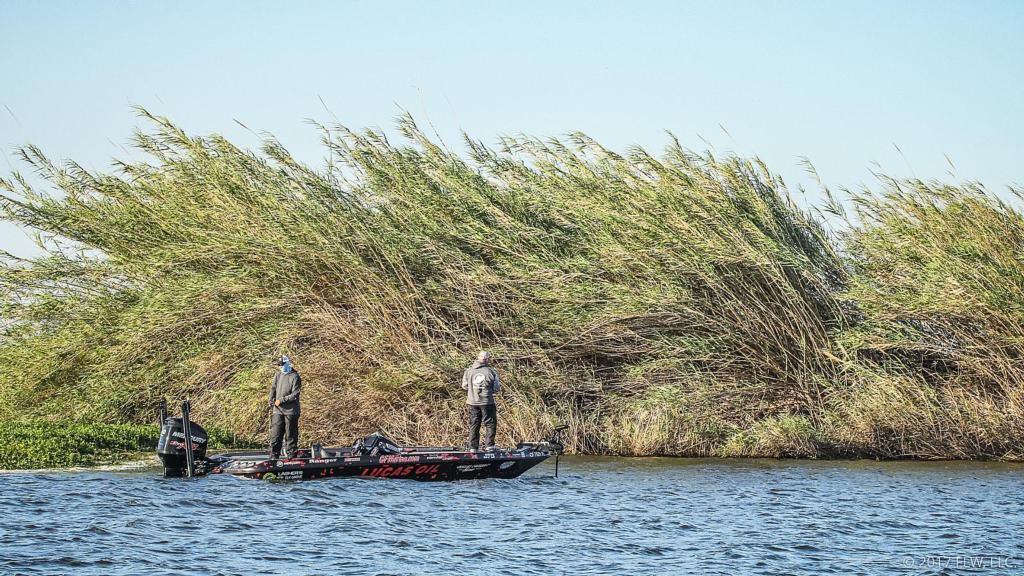 Mix of prespawn, spawn and postspawn fish make up the day's biggest limits
May 11, 2017 • David A. Brown • Toyota Series

California pro Beau Joudrey took advantage of the morning’s high tide to sack up 22 pounds and take the lead on day one of the Costa FLW Series Western Division event on the California Delta, which is presented by Power-Pole and hosted by Russo’s Marina and Sugar Barge RV Resort and Marina.

Joudrey fished for bedding bass in areas protected from the wind and caught his fish with flipping, finesse and frog presentations. 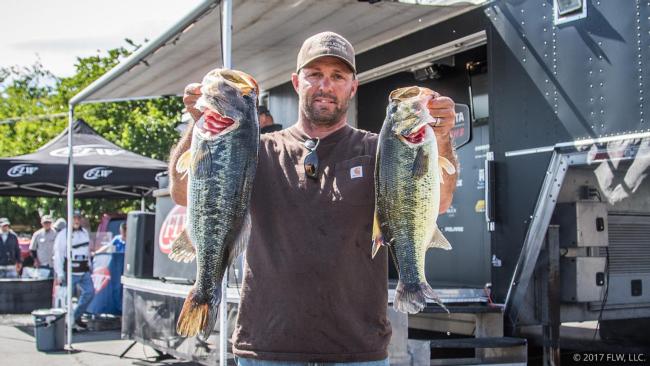 With a cold front possibly stalling the spawning movement that was seemingly about to go down following last week’s warming trend, second-place pro Robert Lee elected to target the fish that were leaving the beds. His strategy paid off with a second-place limit that weighed 21 pounds, 1 ounce.

“I wasn’t fishing bedding fish; I was fishing postspawners,” he says. “I only had one area that had any bed fish on it. There was probably a 30-pound limit in this one little area. But by the time I got there this morning there were already two boats there.”

The keys to a productive spot, Lee says, were deeper water and a little current. The latter was especially important in keeping his areas swept clean of the green moss tormenting anglers in many shallow areas.

“The postspawn fish were biting funny, and you had to catch them very early or very late,” Lee says. “I had just caught a 5-pounder and a 3, and we had to come in.

“This morning, I was fishing extremely shallow on the high tide in places you cannot fish any other time except for high tide. When the tide got out, I started fishing points with current. I just kept trying to find fresh postspawners.” 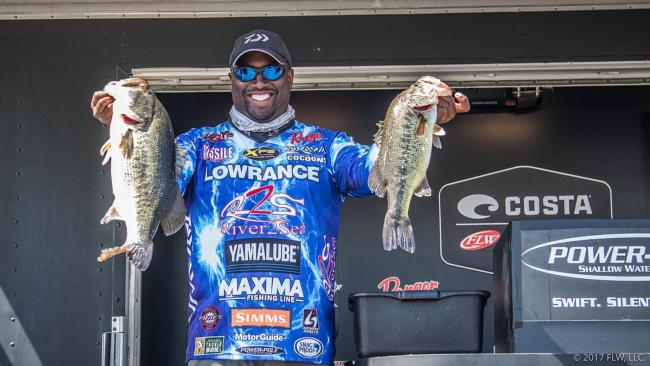 Western stick Ish Monroe came in knowing that he was going to do what he’s famous for, which is throw a frog, and he did just that to the tune of 20 pounds, 6 ounces. While he added some flipping and sight-fishing effort, Monroe says he wasn’t surprised to see the topwater game provide most of his weight.

“I came to this event expecting to throw a frog because I know what a frog does; when you’re throwing a frog on the Delta, you’re fishing to win,” he says.

Fishing the prototype for his new River2Sea Phat Mac Daddy Frog, Monroe targeted grassy habitat and leveraged the bait’s ability to twitch in one place with minimal forward motion.

“There are a lot of fish still out there bedding, so being able to keep the frog in one general area allows the fish to come up and get it,” he says. “I was fishing for prespawn, postspawn, spawners, fry guarders – a frog catches all of those fish.” 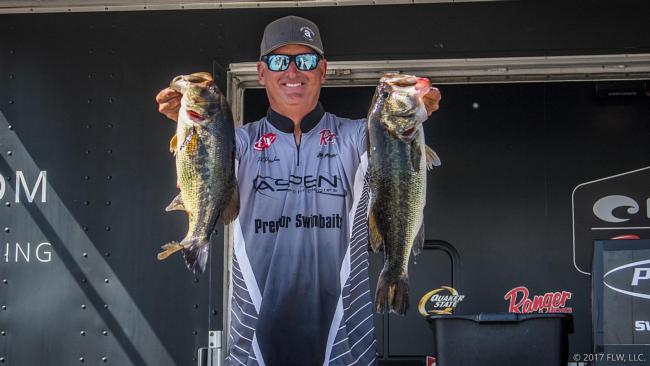 Knowing that he’d likely encounter fish in all phases of the spawn, Patrick Whitaker pursued a diverse game plan and took fourth place with a limit of 20 pounds, 1 ounce.

“You just have to have several rods on the deck and fish with the tide and hope that they bite,” Whitaker says.

Bite they did, as Whitaker caught more than 40 fish on a mix of reaction baits and soft plastics. 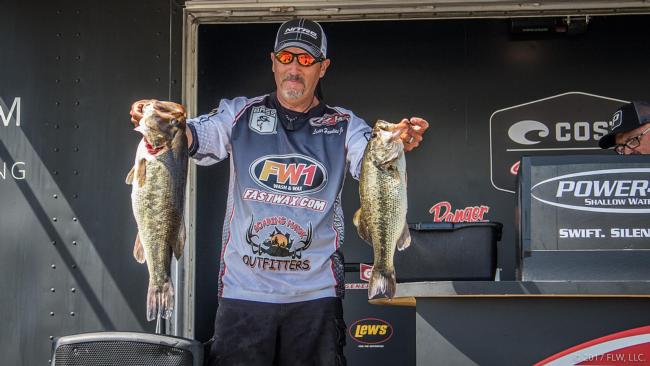 The latter part of the day brought the best action for Lester Hawkins, who found his keepers around tules during the outgoing tide late in the day. Making the most of this period, he sacked up 19 pounds, 15 ounces for fifth place.

Hawkins did most of his damage with a single bait fished in tule lines off the bank. A moderated approach made all the difference.

“The key was going slow and covering every hole in the tules because you never know which hole could hold a bass,” he says.