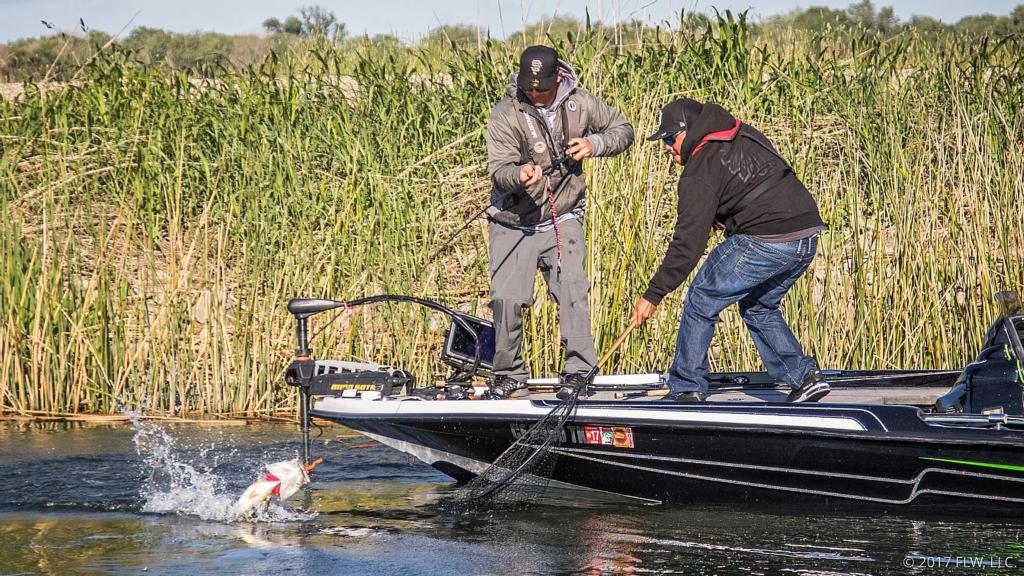 Robert Lee sacked up 19 pounds, 14 ounces and jumped out to nearly a 6-pound lead on day two of the Costa FLW Series Western Division event on the California Delta, presented by Power-Pole and hosted by Russo’s Marina and Sugar Barge RV Resort and Marina. 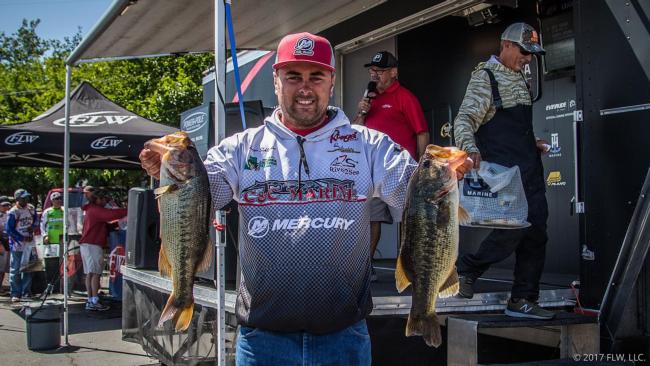 Gaining four notches from a sixth-place day-one effort, Hunter Schlander added 16 pounds, 1 ounce to the 19-3 he weighed yesterday and moved into second place with 35-4. The pro from Modesto, Calif., says he expected today’s blustery conditions to favor his reaction bite plan, but that didn’t immediately pan out, and Schlander fished until 9 o’clock before boating a keeper.

“It’s kind of random; I thought the wind was going to help me today, but it didn’t, so I had to run around and scramble,” he says. “I got lucky and caught a couple of fish in the middle of the day. From about 10:30 to 12, I didn’t catch any fish yesterday, but today that seemed to be the bite.”

The day-two outgoing tide cycle was about an hour later than yesterday, and Schlander thinks the change hurt him. He says his fish just needed to feel that current movement.

“My reaction bites started later in the morning,” he says. “Once that tide started going out, that made a big difference. Most of the water I’m fishing is pretty murky, so they just needed a little water movement.”

He caught most of his fish on a drop-shot. 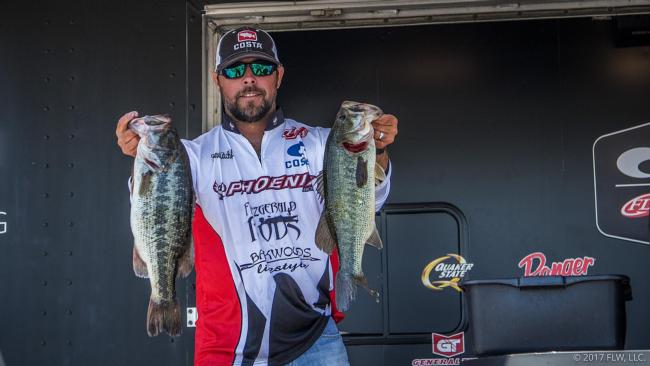 Coming all the way from the Lone Star State, Dane Mitchell made a big Texas-sized jump from 31st to third after posting a limit catch of 18 pounds, 9 ounces today. This, plus his 14-8 from day one, gave him a total of 33-1.

“When the water is really clear, small fish will be up shallow roaming around, and about all you’ll catch is ‘rats.’ I didn’t get the wind yesterday, but it was a little better today.”

Mitchell caught his fish by casting a square-bill crankbait and flipping a Missile Baits D Bomb. 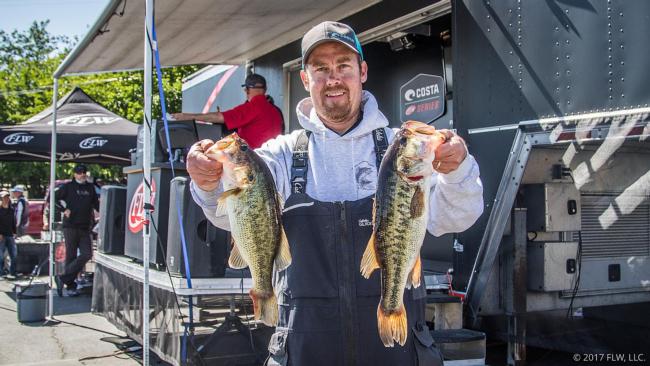 At the end of day one, Andy Scholz experienced engine trouble, which kept him from getting his boat on pad. But despite this limitation, he still made a good run on day two, limped through the Delta, added 13 pounds, 10 ounces to his 18-15 from day one and rose three spots to fourth with a total of 32-9.

“I wasn’t able to run as far as I wanted to, so I junk-fished and was able to catch what I needed,” Scholz says. “I made a 20-mile run and just inched my way back.”

When the reaction bite he was seeking fizzled, Scholz slowed down and fished methodically with finesse baits – a drop-shot with a Roboworm (margarita mutilator) and a wacky-rigged Yamamoto Senko.

“I threw them in isolated pockets,” Scholz says. “The Senko I threw next to clumps of tules, and I threw the drop-shot in the elodea.”

Scholz caught several fish, but he had to pick through a lot of undersized bass to find keepers. 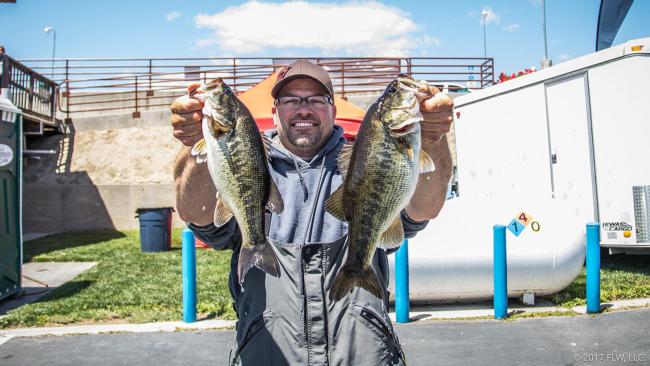 Day-one leader Beau Joudrey struggled on day two, as the reaction bite he was hoping for never materialized. The local pro ended up catching a modest limit of 10 pounds, 8 ounces to go with his day-one limit of 22 pounds – the heaviest bag caught during the first two days of competition.

“It was really tough today. I ran some new water but struck out and had a 5-pound bed fish bite pretty easily, but she came off at the boat,” Joudrey says. “It was hard to find keepers today.”

Joudrey caught his fish on finesse rigs. He tried to work bed fish from noon until about 2, but only managed a small keeper.