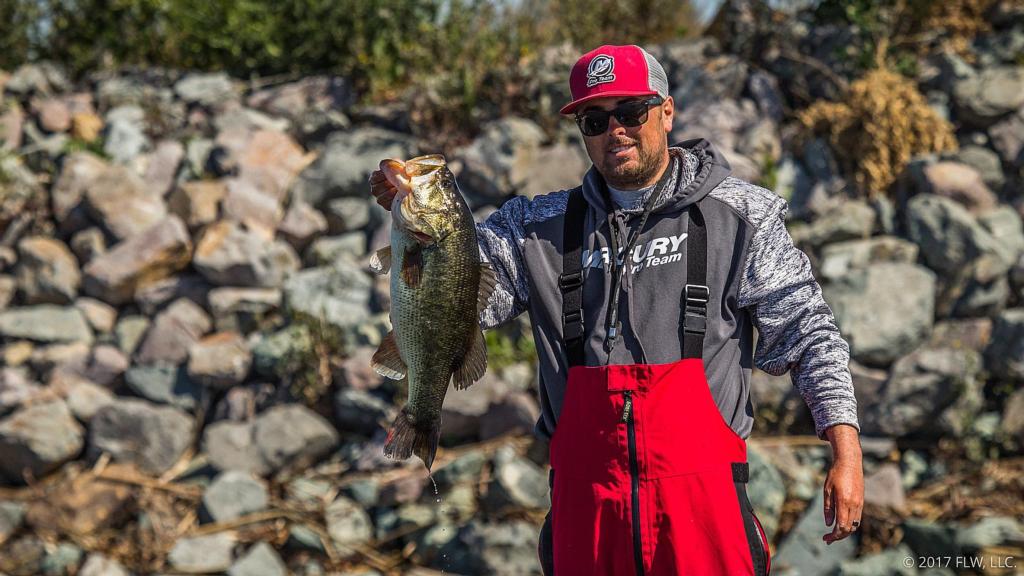 Hunter Schlander Photo by David A. Brown.
Things are shaking up on the final day on the Delta
May 13, 2017 • David A. Brown • Toyota Series

Chilly, breezy conditions with lots of sunshine and bluebird skies marked the final day of competition at the Costa FLW Series Western Division event presented by Power-Pole and hosted by Russo’s Marina and Sugar Barge RV Resort and Marina.

We visited the top-5 anglers on the water and it looks like the afternoon weigh-in set for 2 p.m. will see plenty of drama, with tales of triumph and heartbreak. Day-two leader Robert Lee had a slow morning and seemed to be scrambling to regain the momentum he’s carried for two days.

Hunter Schlander got off to a fast start with his first keeper smacking a crankbait just as the sun peaked over the riprap bank. He put together a limit by about 7:30 and then upgraded with a solid 6-pounder and another quality fish. Look for the young pro from Modest, California to make this an interesting afternoon.

Third-place pro Dane Mitchell also finished a limit by mid-morning, but he experienced an excruciating string of frustration, with three big fish shaking off close to the boat. The Texas pro said the fish were biting funny — just mouthing the bait and not getting firmly hooked.

Andy Scholz, who started the day in fourth place also reported losing a couple good fish. By late morning, he had a small limit.

Day-one leader Beau Joudrey entered the final round in fifth place. He reported having at least one good fish by late morning, but we’re thinking he might make an upward move this afternoon.