Lambert appears to be in the driver's seat 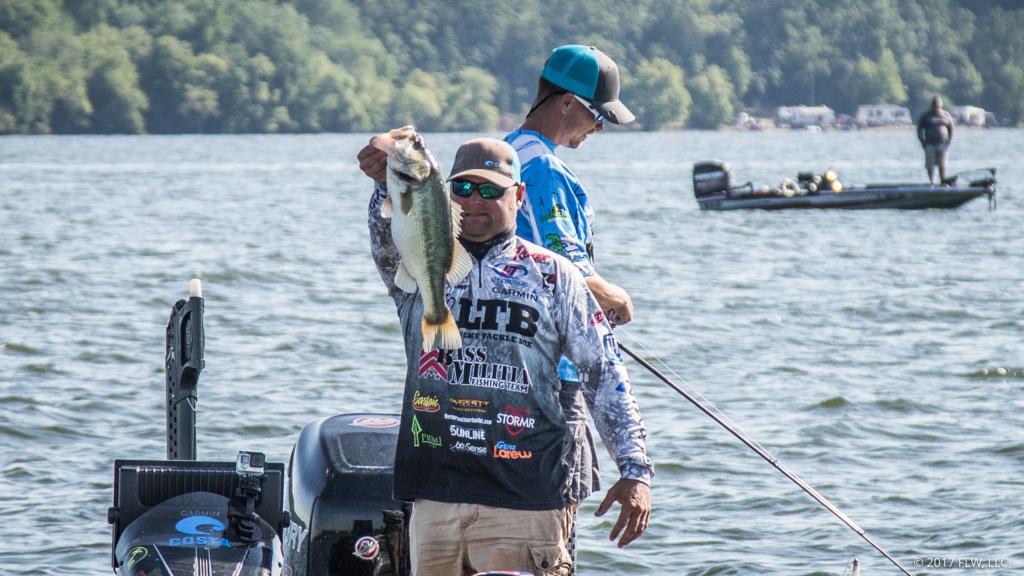 The final round of the Costa FLW Series Central Division event presented by Lowrance on Kentucky and Barkley lakes brought increased levels of three things; two of which the top-10 pros and co-anglers probably appreciated, and the other, not so much.

Increasing winds on day three seemed to stimulate reaction bites more so than day two’s calmer conditions, while increasing clouds indicated the end of the high pressure that followed a mild cold front that arrived right before the tournament. These two positive increases likely contributed to the action we saw on the water this morning.

On the downside, Saturdays typically bring more boat traffic, and today was no exception. Not only were the pontoon boats, big cruisers and personal watercraft out in force, there were considerably more local bass boats plying Kentucky Lake’s bountiful waters. Everyone has a right to fish, but the additional pressure did impact several competitors. 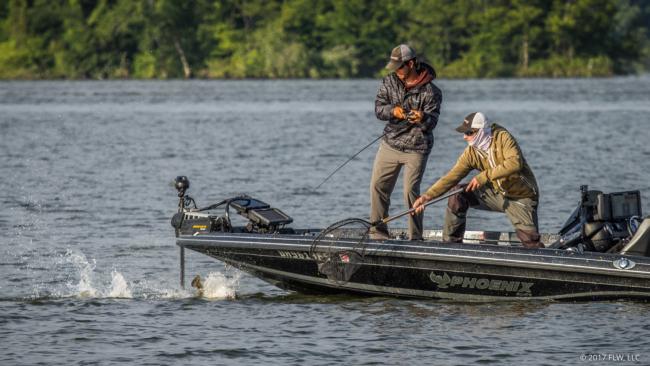 Cole Floyd entered day three in second place after running an hour south of the takeoff at Kentucky Dam State Park and sacking up 24 pounds, 7 ounces and 24-9. He returned to his area this morning and found local boats already hammering the key spot. He had to visit a couple more spots before securing a limit of about 15 pounds by 8:45. 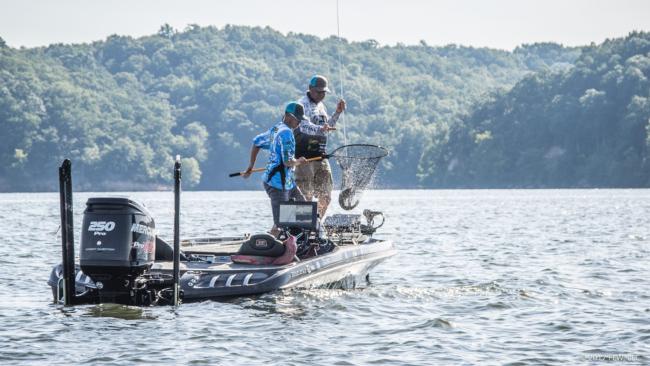 Local stick Jason Lambert, who has led the event since day one, also faced the local pressure. His morning probably didn’t start as productively as he would have preferred, but once he got the engine running he caught a 20-pound limit that included a 6-pound kicker.

Lambert had this weight by about 9 a.m., so that gives him the rest of the day to go hog hunting. We’re looking for him to bring in a heavy sack of Kentucky Lake bass.

We also saw fourth-place pro Tom Redington with a good limit of about 18 pounds by mid-morning, while Brandon Hunter had a 15-pound limit when we saw him around 9:45. Third-place pro Micah Frazier, who caught the event’s biggest bag — 27-9 — on day two, had about 15 pounds by late morning.