Plenty of folks are in the teens, but it’s a little stingy so far 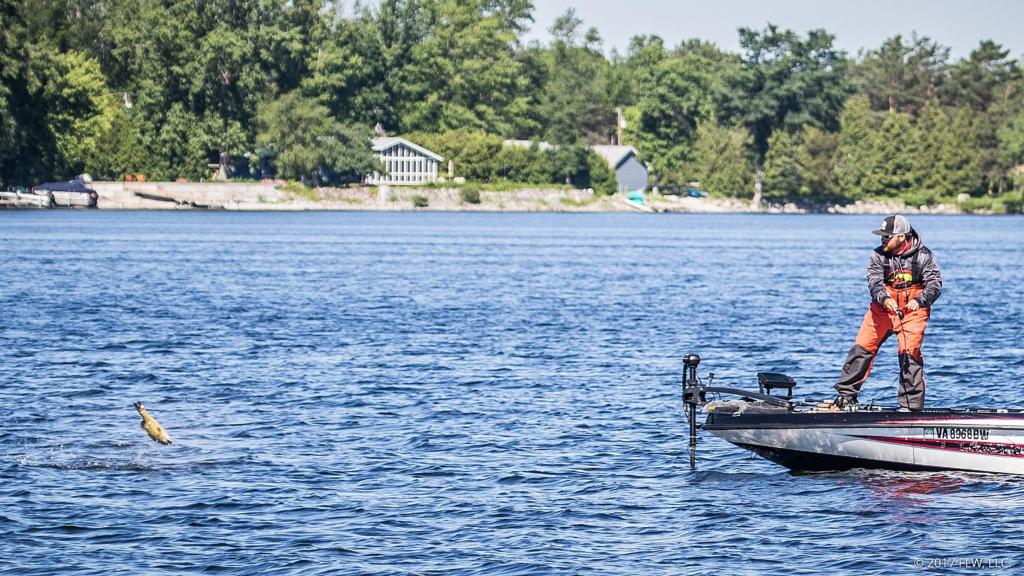 Day one of the Costa FLW Series event presented by Power-Pole on Lake Champlain has featured some truly lovely weather. It’s been in the 60s and 70s for most of the day, the sun is bright, and the wind in the morning wasn’t actually too bad. Now, it’s still a pristine and clear Northern day, but the wind has begun to get up in earnest, and 2- and 3-footers are rolling steadily north past Cumberland Head.

The fishing has been a little mixed, and early returns seem to back up the tough practice that left many anglers a little worried going into the tournament. Chris Johnston and Ron Nelson both started on bedding fish and came away disappointed. Johnston because he couldn’t see the fish anymore and Nelson because he broke one off while swinging it into the boat. That said, sight-fishing seems to be important, but it's not the primary way anglers are catching their fish. There is some frogging going on, some more offshore smallmouth fishing and plenty of “just fishing” in shallower areas. 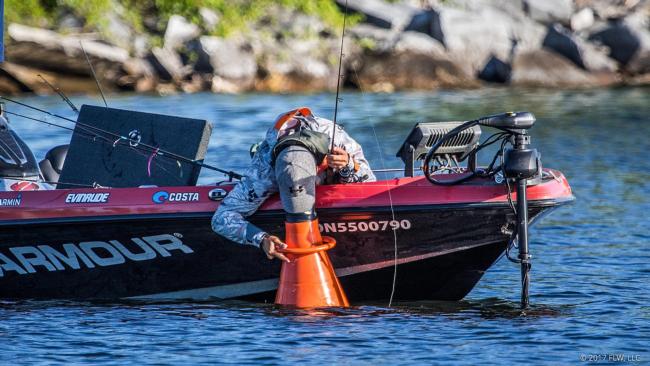 We elected not to cover the south end on day one, so the folks that ran down toward Ti are a mystery, but we did run into quite a few anglers up north. Cory Johnston had about 15 pounds at around 11:30 a.m. Carlton Thompkins and co-angler Bryan New each had one dink early. Ryan Ingalls reported a limit for about 12 pounds with one good one around 10 a.m. Brett Carnright reports a limit of smallmouths for about 16 pounds, and he was flipping for a kicker largemouth when we found him. Nick Radtke has a 12-pound limit, and John Vanore has the same – one with a kicker largemouth and one with a kicker smallmouth. Craig Livesay says he’s got about 12 pounds as well, and that seems to be the most common mark, as opposed to those great days on Champlain when everyone has 14 or more.

Elsewhere, Ryan Smith started early with more than 16 pounds. Cole Chantler began his day with three 2-pounders. Jason Lambert had an easy 14 pounds in the box early. Casey Smith, last year’s runner-up for Angler of the Year in the Northern Division, had 16 pounds when we found him. Finally, after complaining about the fishing at registration, Dylan Hays has boxed up 16 pounds to get his derby started.