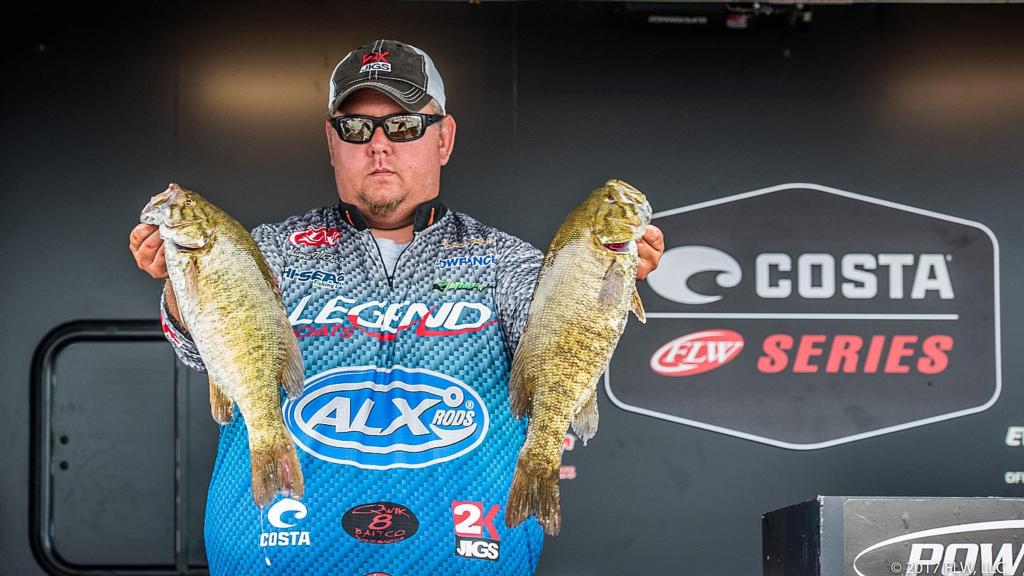 Shayne McFarlin plopped 19 pounds on the scale on day one of the Costa FLW Series event presented by Power-Pole on Lake Champlain, and he followed it up with 17 pounds, 3 ounces on day two for a total of 36-10. In second, Chris Adams of Shrewsbury, Vt., is a mere 2 ounces off the lead with 36-8. Through the tournament, both the leaders have weighed solely smallmouths.

Starting in the Inland Sea and fishing semi-close to Plattsburgh for the most part, McFarlin has put together two excellent bags of spawning smallmouths through the first two days.

Despite battling weather that was very contrary to sight-fishing for most of the morning, McFarlin says he’s still run through a lot of his fish.

“Numbers aren’t the problem; it’s the weight of them,” says the Georgia angler. “I think I can run down one stretch tomorrow and catch a limit pretty quick. I didn’t think I could do 17 [pounds] today, and it happened. I think there’s some fish coming to me, but I can’t say for sure.” 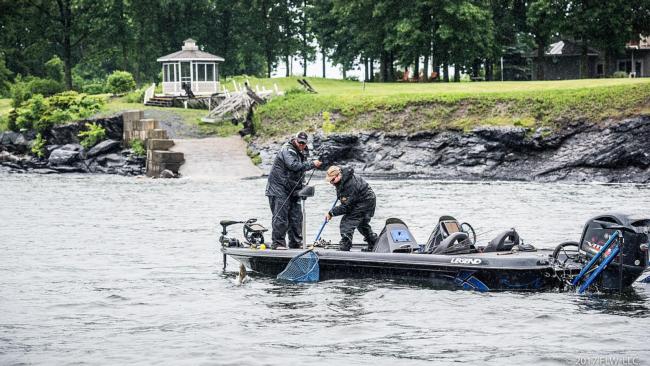 Champlain is a long way from Georgia, but McFarlin has learned from one of the best smallmouth chasers in the game.

“There’s a certain type of bank that I’m looking for,” says McFarlin. “[FLW Tour pro] Austin Felix is a good friend of mine, and he’s a heck of a smallmouth fisherman, and he’s told me a lot. When I came up here I kind of had that in mind, and I based it off that. I generalized that they’re on this one type of bank with a certain degree water, but the water is getting warmer every day.”

McFarlin says he’s committed to sticking it out on the smallmouths. He won’t be looking for green ones on the final day unless things go very well or very poorly. 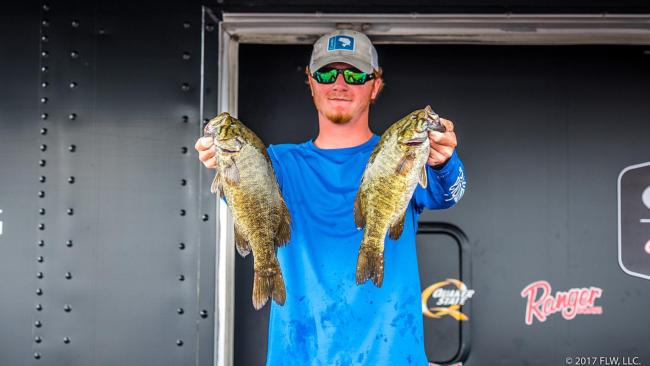 Weaver stays ahead in co-angler competition

Also from Georgia, Daniel Weaver put up 14 pounds, 1 ounce to retain the lead on the co-angler side. Stacked together with his big day one, the Macon product has a total of 32-8.

“We ran only about 20 minutes,” says Weaver, who fished with Josh Milligan on day two. “It started out real slow for me this morning, but we just kept running. We went shallow for largemouth, and I ended up getting a pretty decent limit by about 10:30 a.m., and then we went and looked for some big smallmouth, and I ended up culling twice in the last 10 minutes. It was really clutch.”

Weaver leads by more than 2 pounds over second-place co-angler Bill Spence, who is from St. Albans, Vt., and thus has whatever local advantage a co-angler can have heading into the final day.