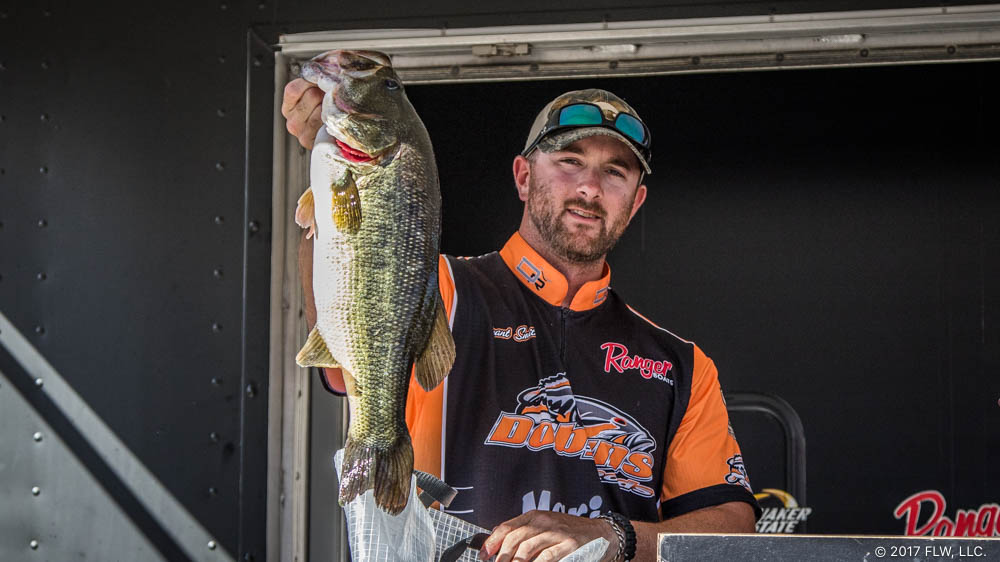 We knew going in that 20-pound bags would be scarce on a most uncharacteristically stingy Clear Lake. Well, we’ve seen two so far and the fact that Bryant Smith of Castro Valley, Calf., caught ‘em both definitively explains why he’s still leading the Costa FLW Series Western Division event presented by Evinrude.

Smith started his day flipping docks in the Redbud arm. He got his limit fairly quickly and was culling by 8:40. Despite the good start, Smith says his overall productivity was less than yesterday.

“I didn’t catch nearly as many fish as I did yesterday; it was much more of a grind today,” Smith says. “I was fortunate enough to get one good bite (a 6-7) at 10 o’clock and another good bite (5-pounder) about 1:30. I’m just playing a numbers game.” 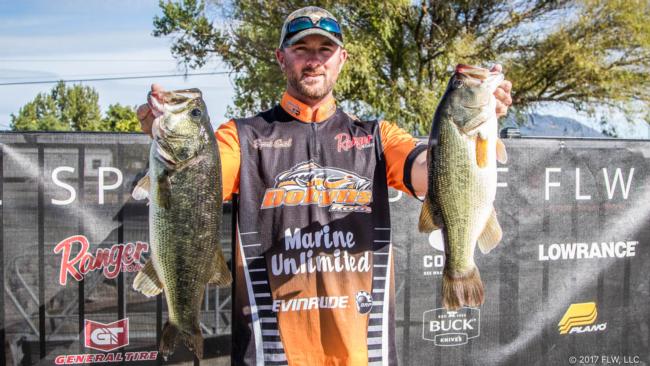 A key element of Smith’s game plan was to fish each dock efficiently. One part of that was making rapid presentations to nearly every piling. We watched Smith during the early hours and noticed how precise and prompt he was with each pitch.

“I’m just trying to put my bait in front of as many fish as I can,” he says. “I never know when my next bite’s going to be, so I just try to be as efficient as possible.” 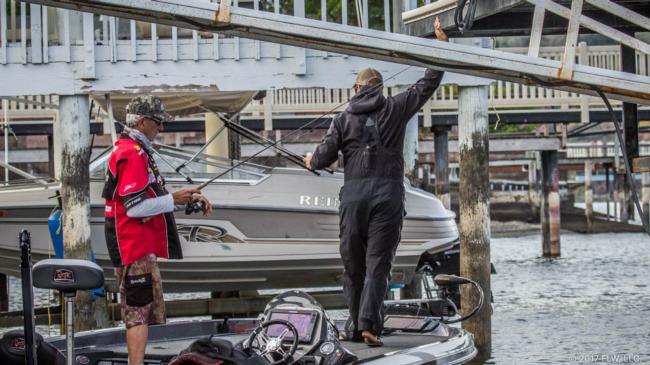 The other part of this presentation was an up-close-and-personal approach. Low-profile docks got a thorough peppering, but the higher structures saw Smith meandering into and under the structures. Squeezing between pilings, gripping overhead beams — he truly missed no opportunity to go where the fish live.

“I gotta do what I gotta do,” he says of his commando style. “As tough as it is right now, it’s about getting bit — that’s all I’m trying to do. There are enough big fish on this lake right now that if you put it in front of one enough times, one of them is going to eat it.

“If it’s a bigger dock, I like to go inside so I can flip both sides and be a little more efficient.”

Having hit every angle imaginable on the docks he fished, Smith says he never established any consistency of fish preference.

“The biggest one I caught today was in 2 feet of water and the other one was in 8 feet of water,” he says. “I got another decent one that was in 15 feet of water. I’m just making as many throws as I can.

Smith says he’s fished both ends of Clear Lake today. He caught his biggest fish in Redbud and added the second big on in the lake’s north end.

“I’m just fishing stretches I’d normally fish this time of year, I’m just fishing it differently,” he says of his rapid-fire finesse approach. “They’ve been biting a little better up north in the afternoon. I stayed down south a little longer today because I wasn’t impressed with what I saw up north yesterday.” 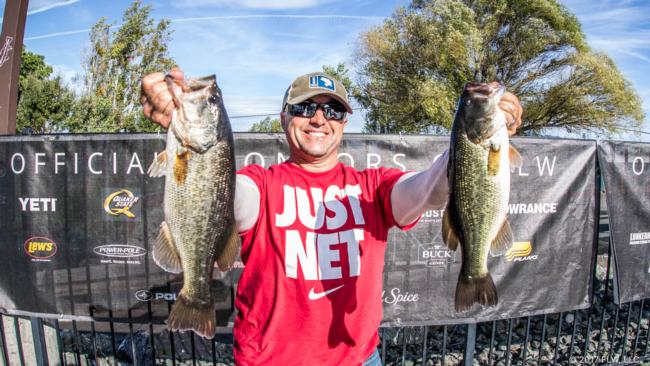 The day certainly did not begin as promising as he would have liked, but day-one leader Jack Farage made a key decision, which helped him get back on track, sack up a good limit of 11-13 and keep himself in the top spot with 30-6 overall.

“I tried to do some of the stuff I did yesterday, but it didn’t work and at 11 o’clock, I didn’t have any of the good size fish I had yesterday,” Farage says. “I kind of panicked, so I started digging through my box and dug out some creature baits. I immediately started catching fish. It was a bigger profile for the darker color water I was fishing today.”

Texas-rigging his bait with a 3/16-ounce weight, Farage pitched to rocky bottom in 1-6 feet.

Farage’s two-day weight matched that of second-place Jeff Hardin. Ties are broken by the heaviest single-day stringer, which Farage owns thanks to his 18-9 limit Thursday.