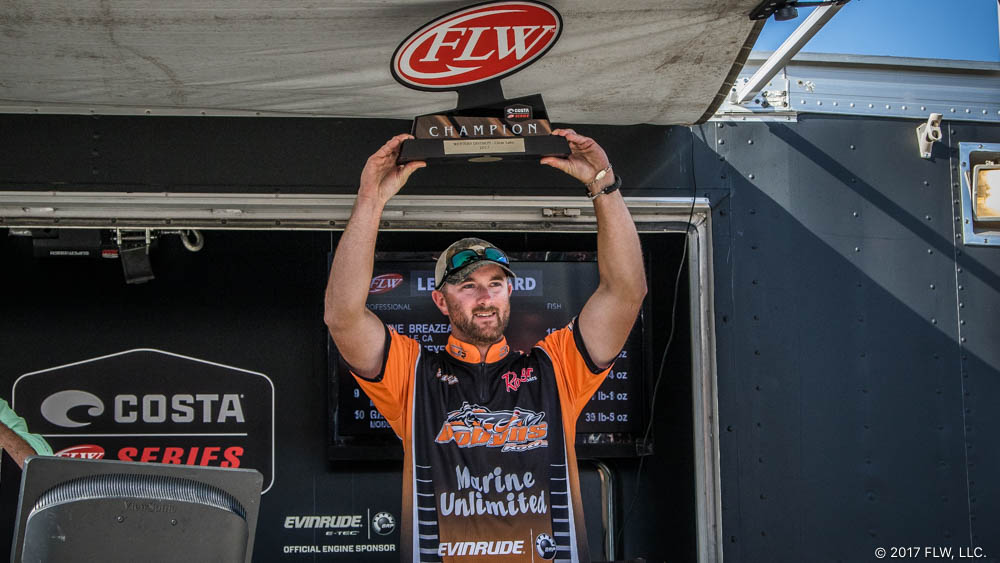 Bryant Smith had finally had his fill of getting beat because of the way he likes to fish and decided to do something about it.  That “something” was a key bait change that led the Castro Valley, Calif., resident to his first pro victory with a three-day total of 53 pounds, 15 ounces in the Costa FLW Series Western Division event presented by Evinrude.

First, the relevant background: The Clear Lake we saw this week was a far cry from the Clear Lake of years past. Aggressive herbicide efforts have left this gem of Northern California nearly devoid of the hydrilla that would normally flourish throughout the lake. Without the water filtration and oxygen emissions that subaquatic vegetation provides, Clear Lake is presently in a slump.

There’s plenty of bait and several quality fish were caught; however, the massive sacks that fall tournaments usually produce were largely absent. Smith knew this would be the case, and while he’s stubbornly endured tough events unwilling to let go of his aggressive preference, he wisely shifted gears and played a different game this time; one that left him with an 8-6 margin of victory. 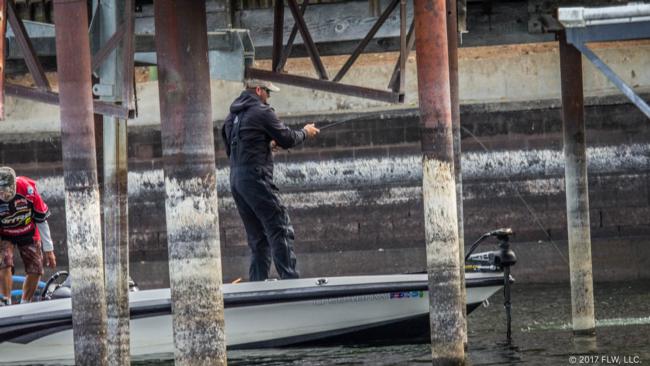 “I’m usually the guy who throws reaction baits a lot — I’ll throw squarebills, I’ll throw ChatterBaits, I’ll flip,” Smith says. “I’ve gotten my butt kicked so many times by guys slowing down and throwing Senkos. I put that one rod in my hand and pitched to every dock piling that was in front of me.”

Indeed, Smith wacky rigged a 5-inch green pumpkin/watermelon Yamamoto Senko on a 3/0 Decoy Big Bite Finesse Worm20 hook, stuck a 3/32-ounce nail weight in the tail and spent the entire tournament flinging that Neko rig around docks of every size.

“It was very specific; you had to hit the pilings with the bait,” Smith says.

Smith spent at least half of each day in the Redbud arm on the lake’s lower end. Later in the day, he’d transition to docks in the Lakeport area at the upper end. In both regions, he worked areas where massive bait aggregations typically prompt the bass’ fall transitions.

Inconsistent weather has that autumn move delayed, but Smith says he felt confident he could pick off enough fish if he kept moving and fished each dock efficiently. The plan paid off with a day-one limit of 20-15 to have him leading the pack. Smith followed with 20-8 and retained the top spot on day two. A slim final round yielded only 12-8, but those first two days provided a numeric advantage more than sufficient to seal the deal. 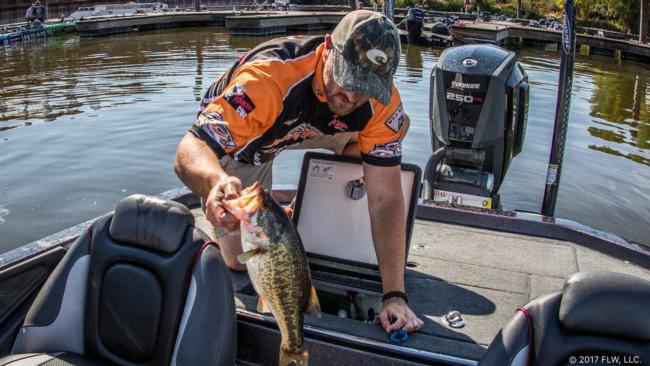 “That was crucial; having that lead helped me relax and just fish today,” Smith says.

Statistics often help paint the picture, so here are a few that help frame Smith’s accomplishment:

This is Smith’s second FLW win (his first came when he topped the co-angler division in the 2011 Western Division event on Lake Shasta) and seventh top-10 finish. His career winnings have now been bumped to over $137,000 thanks to his combined winnings of over $76,000 this week.

Smith now looks to carry this momentum into the Costa FLW Series Championship in a month on Kentucky Lake where he will be making his third appearance to the big show. 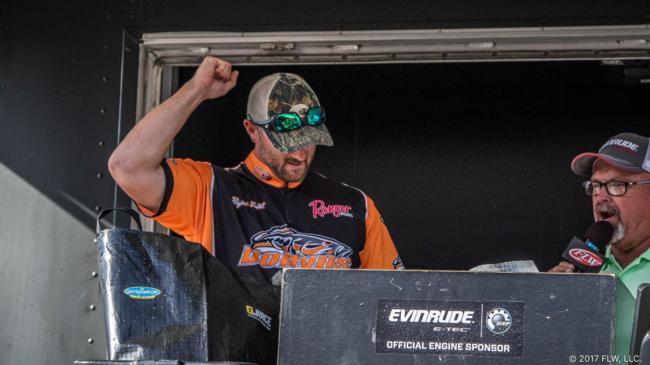