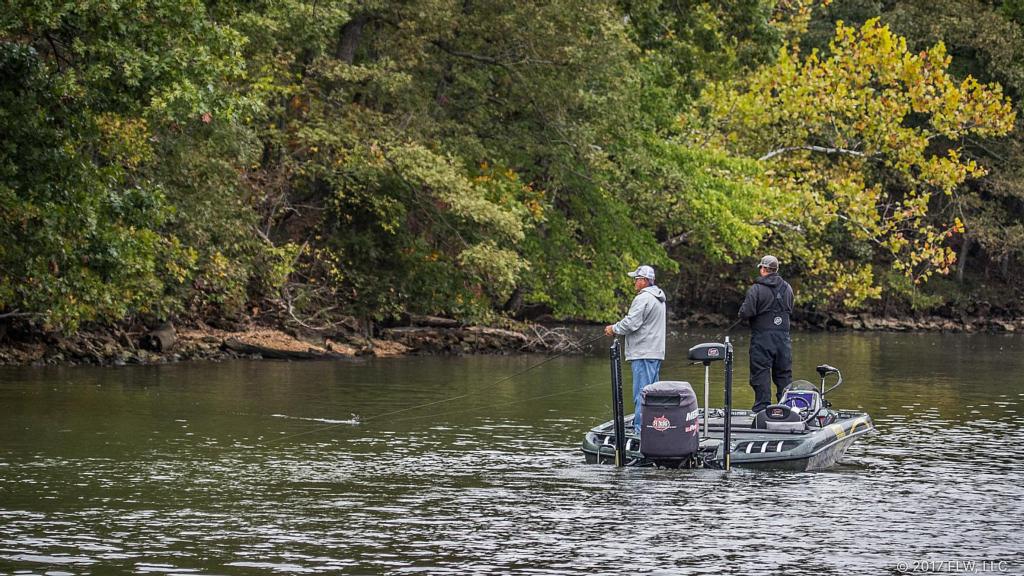 Shawn Kowal targeted brush and docks to take the lead on day one of the Costa FLW Series presented by Evinrude on Lake of the Ozarks, and the rest of the top five is hot on his heels. Kowal weighed 19 pounds, 9 ounces to start things off, but 18 anglers weighed 15 pounds or more and everyone in the top five weighed better than 17 pounds. In short – Lake of the Ozarks showed out yet again, despite the prevailing patterns being closer to summer than fall. 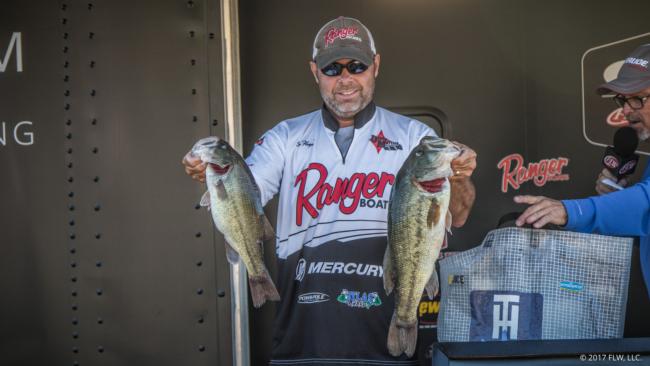 One of only two pros in the top 10 hailing from outside of Missouri, Floyd turned around a terrible practice in a big way.

“I ran about 15 miles and I was flippin’ boat docks like everybody else,” says Floyd, who won the Costa FLW Series event on Kentucky Lake in 2016. “I just had a good day flipping shallow. Later in the day I ended up catching some on some deeper docks, but they bit all day. I think I caught 10 keepers and broke two off and lost a couple other real good ones that just come undone.”

Floyd says that he started out hot on the backs of the docks, but as the day wore on he did better on the front side.

“I fished a lot of water,” says Floyd. ‘I probably fished 50 different cuts, and a lot of them I had never been to. I was just trying to cover as much water as I could.” 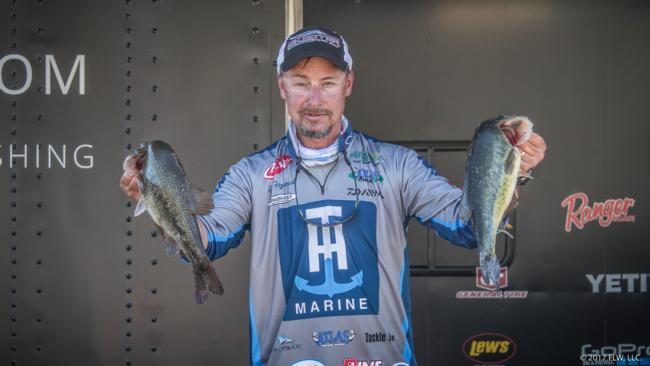 With three T-H Marine Bass Fishing League (BFL) wins on Lake of the Ozarks, Roger Fitzpatrick is unquestionably one of the premier locals in the field. On the hunt for his first win above the BFL level, he wasn’t eager to share too much of his pattern.

“I’m fishing around gizzard shad, that’s what I’m looking for,” says Fitzpatrick. “I think I can do it tomorrow, I saved some spots, so we’ll just wait and see. I’ve fished here all my life, and things are changing right now, it’s getting better, the shad are moving up and it’s better today than my practice days were.”

Fitzpatrick says he caught about 15 keepers on day one and had to toss back a number of 3-pounders. If he can replicate that level of success he’ll be very dangerous the next few days. 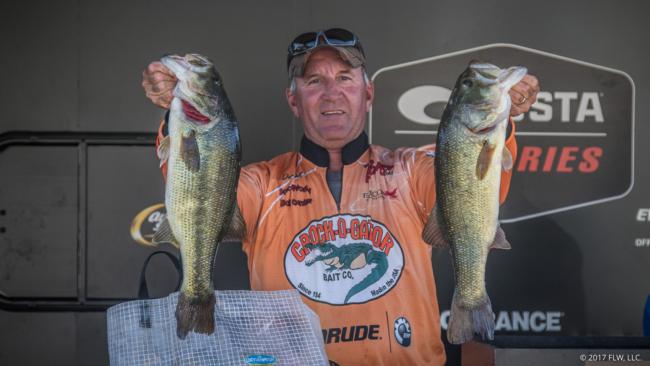 James Dill already has a 2010 Costa FLW Series win on Lake of the Ozarks, and now he’s looking for his second. Like Fitzpatrick, Dill is keying on places with gizzard shad.

“With the clouds this morning we ran topwater early and picked up a couple early,” says Dill. “Then the sun peeked out and I went to some shallow docks and we were able to catch a few other good ones. Then when the sun went down some I started running some shadows and was able to cull one more time.”

Dill says he’s flipping shallow docks in the backs of pockets and throwing a topwater on the main lake. On the day, he says he caught about 10 keepers with a few real squeakers to get the day going. 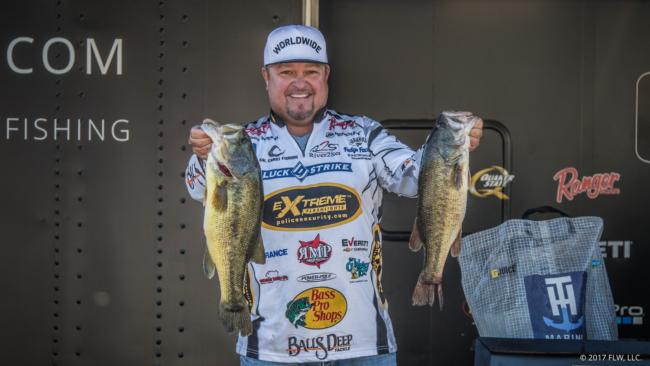 Proving yet again that you should always fish as long as you can, Watson caught a 5-pounder on one of his final casts to cull a 12-incher and go from somewhere down in the standings to the top five.

“It was a rough, rough day until the very end,” says Watson, who had a limited practice and is just back from earning a silver medal with Team USA in the Black Bass World Championships in South Africa. “This is my time of the year, it’s no secret what I throw, it just took all day long to do it.”

Watson is one of the most dangerous anglers in the country in the fall, and his combo of a buzzbait and a Whopper Plopper has earned him plenty of money. That said, he only caught six keepers all day, and isn’t looking forward to the warmer weather on Friday – he might be hard-pressed to keep up his success.