Topwaters and jigs did a lot of the work 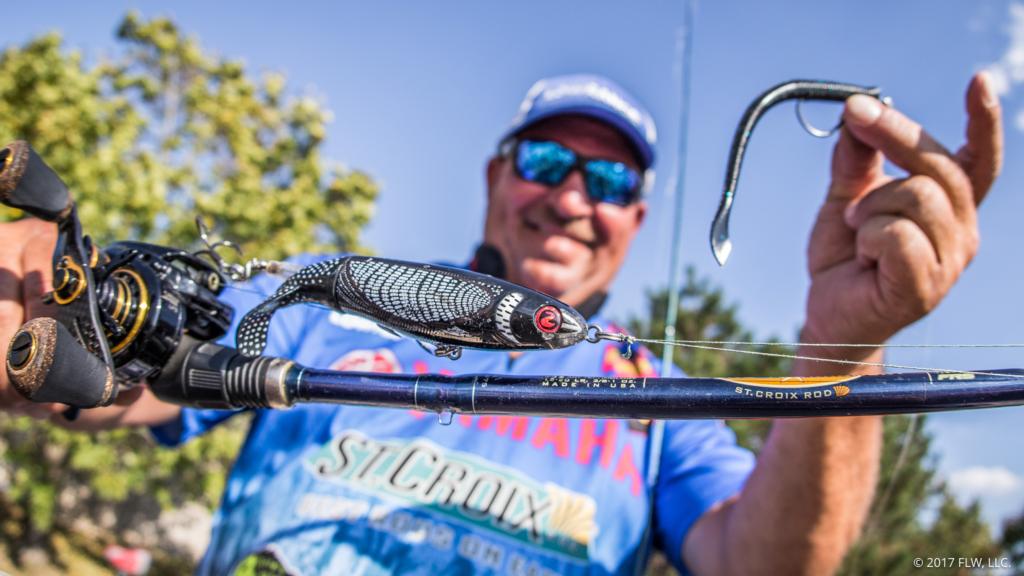 Through the first two days of the Costa FLW Series presented by Evinrude on Lake of the Ozarks it looked like topwater baits might carry the day. That changed on the final day, as warming weather and increased boat traffic combined to stifle the topwater game for the leaders. With the topwater bite a little off, the dock bite propelled plenty of pros up the leaderboard and Andre Dickneite to the win. 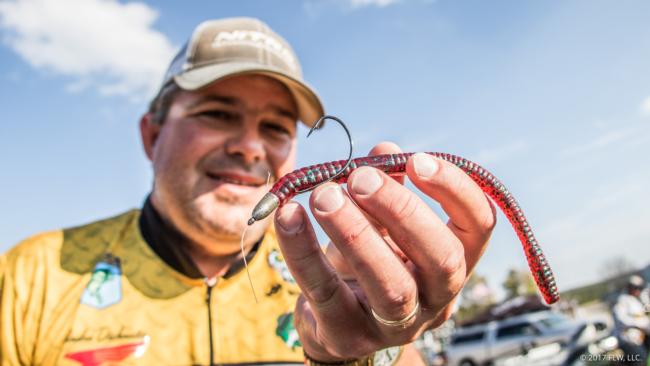 1. Andre Dickneite kept it simple, targeting docks with a black and blue V&M Adrenaline Flippin Jig trailered with a Strike King Rage Craw. On the final day, Dickneite added in a red bug-colored Zoom Magnum Trick Worm on a ¼-ounce Texas rig for a different look as he re-fished his areas. 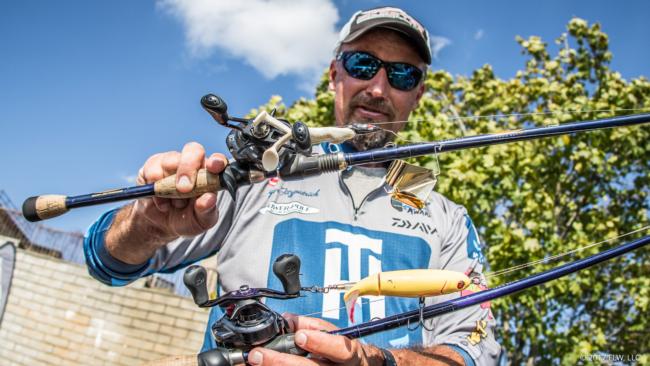 2. Roger Fitzpatrick rode the topwater game to the lead on day two and mostly tossed either a black or white River2Sea Whopper Plopper or an Omega Alpha Shad Buzzbait trailered with a white Stanley Ribbit. When he went offshore a little on the final day he threw a June bug-colored Zoom Magnum Trick Worm on a 5/8-ounce wobble head. 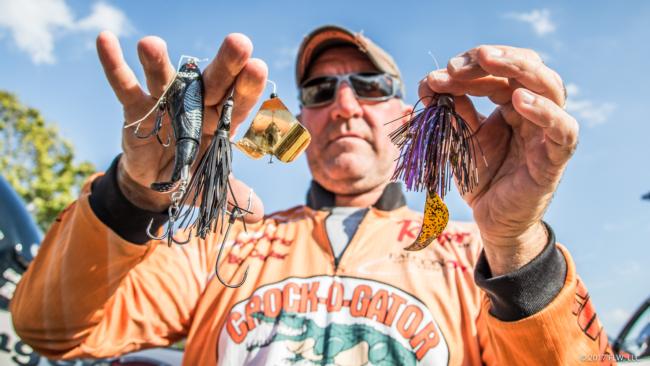 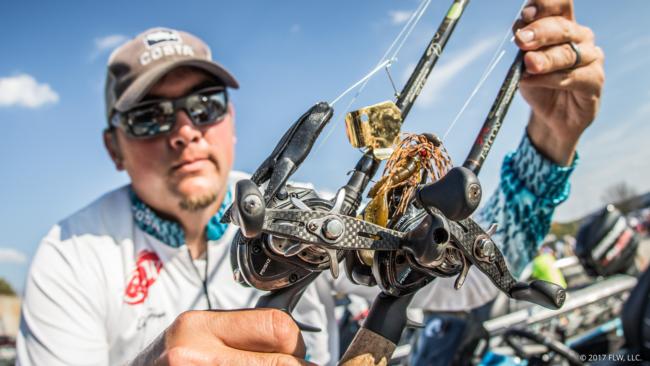 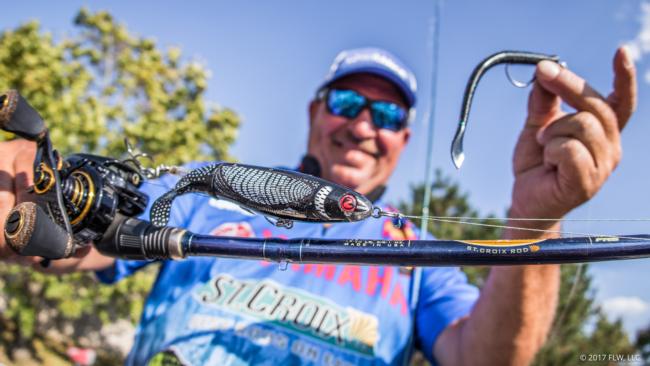 5. Dennis “Big D” Berhorst is a living legend on Lake of the Ozarks and fished days two and three almost perfectly. For those days, he primarily relied on a black River2Sea Whopper Plopper and a 6.5-inch black and blue Yamamoto Kut Tail Worm on a 5/16-ounce Texas rig. 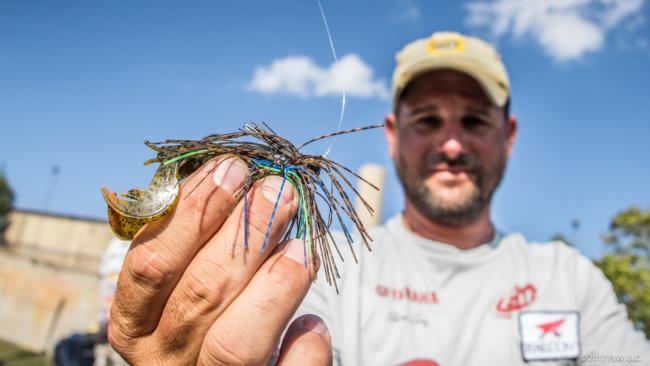 6. Shane Long flipped his way up the leaderboard with a 3/8-ounce JaKKed Baits DoKK RoKK trailered with a Strike King Rage Chunk. 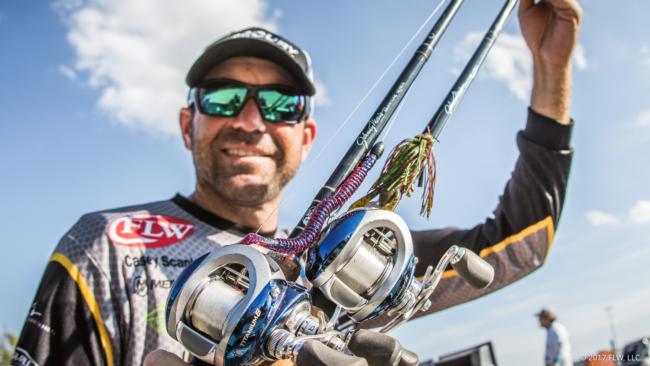 7. Casey Scanlon chased the topwater bite with minimal success and instead caught most of his fish deeper on a 5/8-ounce Trophy Bass Company Trophy Pro Jig and a 10-inch Luck-E-Strike Dead Ringer worm on a ½-ounce Texas rig. 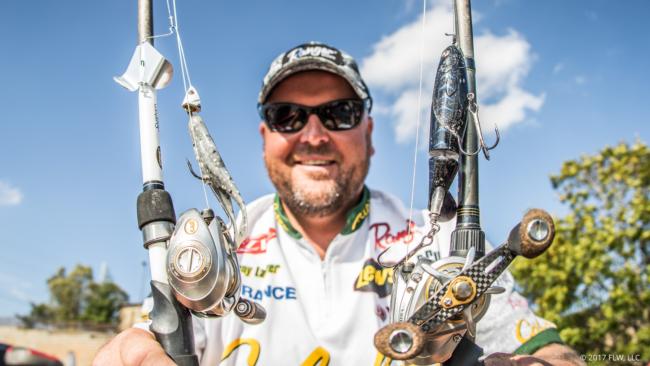 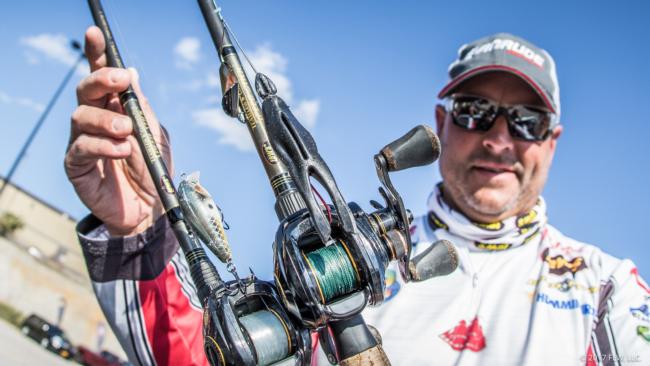 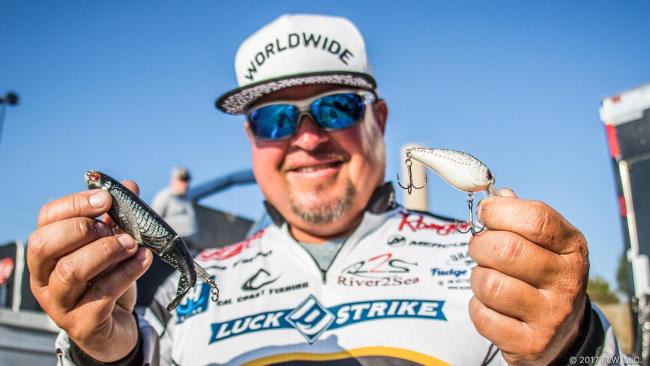 10. It’s no shock that James Watson went all-in with a River2Sea Whopper Plopper, but he also caught a fish or two on a Luck-E-Strike RC Squarebill.