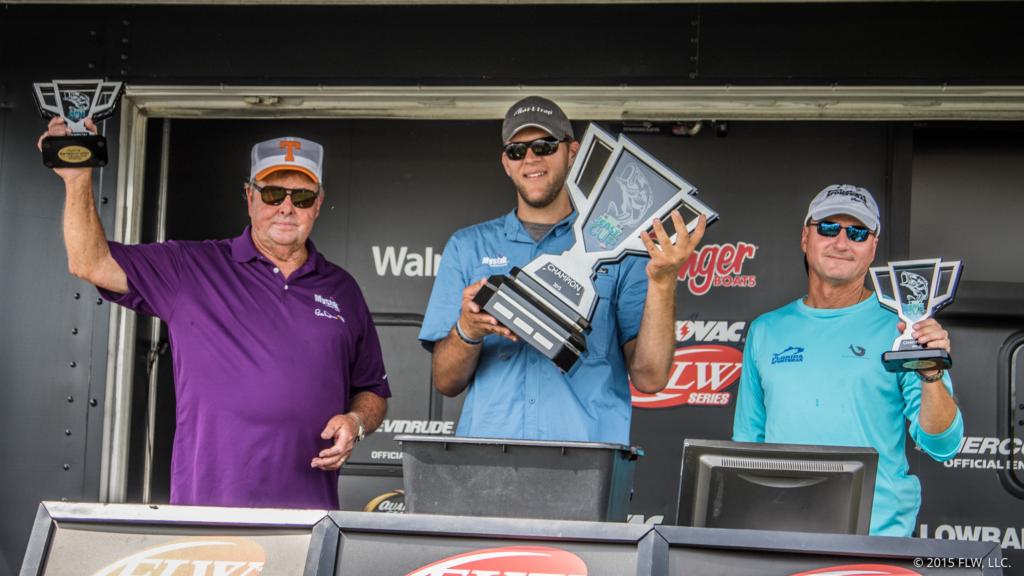 The inaugural ICAST Cup dawned hot and humid – three hours later, when media, anglers and industry reps were off the water, everyone was thankful for the short hours and a chance to beat the heat. The tournament that partnered anglers with a member of the media and an industry representative kicked off what is sure to be a great week for the fishing industry in Orlando. Weighing in midway through the 48-boat field, Bill Dance, Cody Detweiler, and Dave East repped Mystik Lubricants brought a five-bass limit for 17 pounds, 1 ounce to the scale for the win.

The winning team focused on two shallow, grassy areas within sight of Big Toho Marina for the entirety of the event and caught about 10 bass and culled twice before 8 a.m.

“It was definitely an early morning bite, because it died real quick,” says Detweiler. “Bill (Dance) broke the ice with about a 3-pounder and then we started catching them pretty good.”

“I’ve said many times that you’re only as good as the people you fish with and Cody (Detweiler) certainly knew what he was doing,” adds Dance. “Cody knew right where to go and really had it set well. We had a super time.”

The team said they caught the majority of their fish on a white and red Bass Pro Shops XPS Buzzbait and also landed a couple on a watermelon red-colored frog.