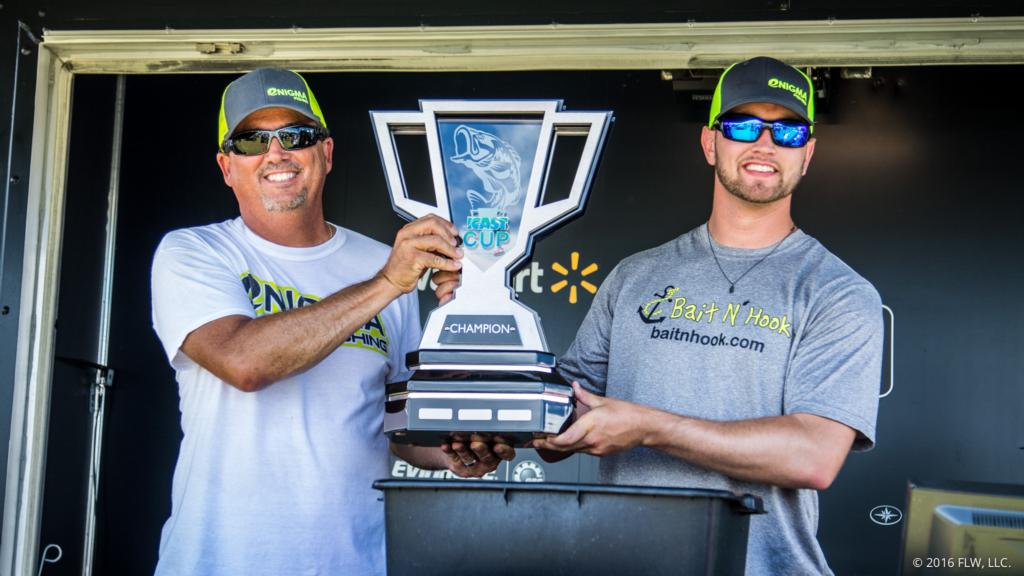 If everyone who’s everyone in the fishing industry is going to get together in Orlando, Fla., you might as well hold a bass derby, right?

That’s kind of the theory behind today’s ICAST Cup, an annual charity bass tournament presented by FLW on Lake Toho on the opening day of the 2016 ICAST trade show. Now in its second year, the tournament partners up tackle industry folks with professional anglers and outdoor media for a low-pressure four-hour competition, with entry fees going to support Keep America Fishing.

Team Enigma anglers Jesse Tacoronte and Adam Santanoff took first prize out of 62 registered teams with a limit of 17 pounds, 2 ounces. Their limit was anchored by a 5-13 fish that earned the Costa Big Bass award. 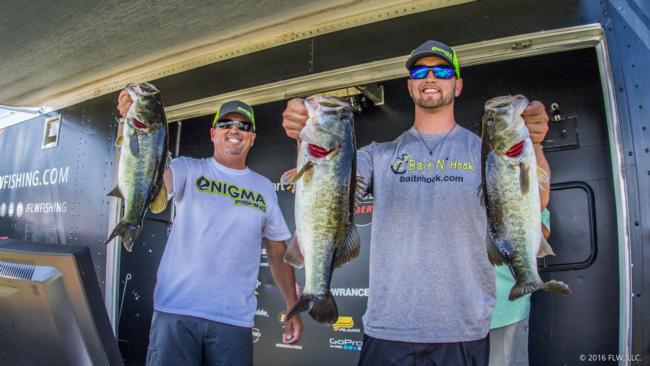 “I think we were the first boat in the fleet to catch a fish,” says Tacoronte. “Within a minute and a half we had a fish in the boat – a 4-pounder. Twenty minutes later we had that one that was almost 6 [pounds] in the boat. We were using an Enigma 7-3, medium-heavy Phenom Series to fish outside grass edges.”

Swimming a Zoom Magnum Speed Worm with a 1/4-ounce weight was the key to the Enigma team’s victory.

“That thing imitates a needlefish,” Tacoronte adds. “That’s why the big ones eat it. That’s the primary forage out here for big fish. You won’t get many bites, but you’ll get big ones.”

Tacoronte and Santanoff focused on four key grass beds that Tacoronte says he fished about a month ago when he won a previous bass tournament on Toho. The grass has matured since then, so the anglers backed off to slightly deeper water and worked the worm with a steady retrieve in the middle of the water column for fish suspended up in the grass.

The Enigma anglers each won a pair of Costa sunglasses and two Costa T-shirts for the tournament victory.

In addition to the main event, Lowrance also hosted the GoFree Hooked Challenge via the company’s GoFree Hooked fishing app. Anglers in the tournament were able to use the app to log their catches by weight and length, with prizes going to the individual with the longest total catch and shortest total catch. FLW pro Chris Neau won first prize and took home a Lowrance HDS 12 Gen 3 unit. Roger Metz, who had the smallest catch, took home a Lowrance unit as well.