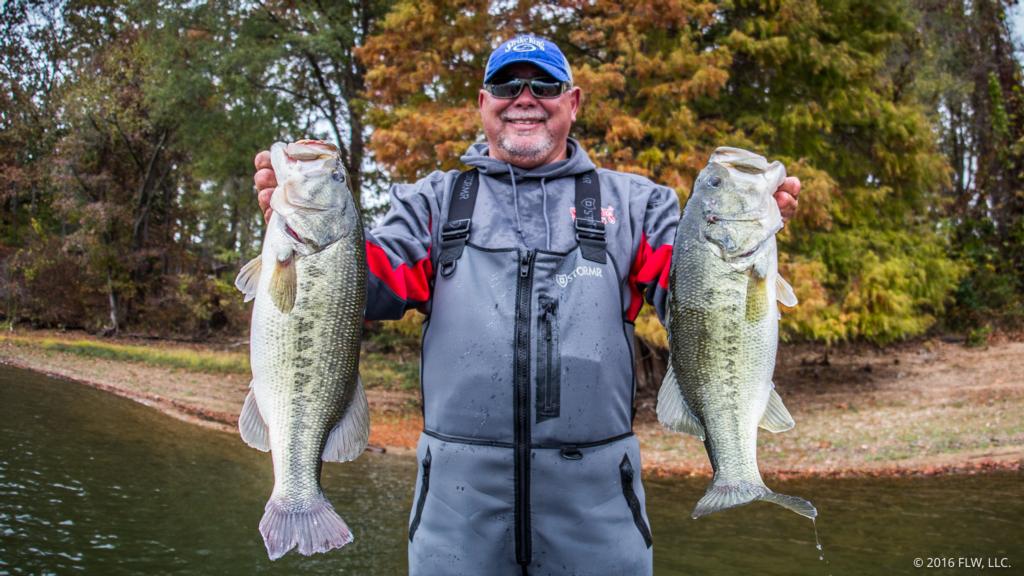 One of the most successful fishermen Kentucky Lake has ever seen, Sam Lashlee makes a living guiding and teaching on the Tennessee River reservoir. From time to time, he also fishes a tournament or two, and when he does, it usually goes well. One of the key patterns that Lashlee relies on for the fall of the year is fishing main-lake bars, or drops, with a topwater. This is how he does it.

The biggest key to putting together a bar pattern is finding the right type of bar. For Lashlee, that starts with the bottom composition.

Shells can be picked out on sonar when the water is higher in the summer, or you might simply see the telltale white dots from overturned and broken up shells on a gravel bar if the water is clear enough.

“That’s the start of the food chain on this lake,” says Lashlee of shells. “After that, I like following those gizzard shad, and wherever the gizzard shad are is where the big largemouths are going to be.” 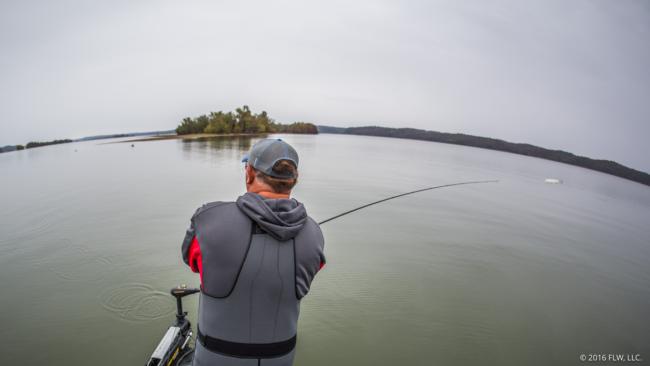 Location is the next step, and Lashlee likes to stay on the main lake because of the current.

“I’m not going into the bays,” says Lashlee. “A lot of people catch them in the bays, but personally I really don’t do it unless the wind dictates that I have to. I like staying in a place where, if they do pull current, I’m going to be in the current.”

Aside from staying away from the bays, he’s not too picky on where the bar is located. It might be on the head or tail of an island or near a secondary channel. Lashlee says that, at times, he’s fished in 2 or 3 feet of water with his boat in the main river in 30 feet.

Even so, in the fall particularly, it is almost impossible to go too shallow.

One additional plus of staying on the main lake is the wind. Lashlee says he’s caught them on top in 3-footers, but his ideal wind is a light ripple, and that’s nearly always present on the main lake. 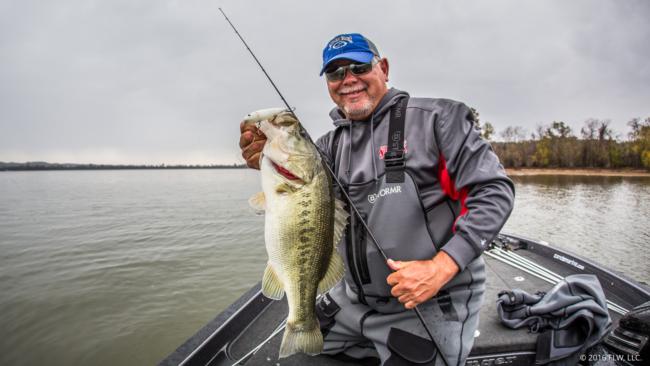 When to fish the bars

For Lashlee, looking for big, tournament-winning bass up shallow is a year-round deal, but the sweet spot is from late summer through the winter.

“This year, I started fishing those bars in July, and they were there,” explains Lashlee. “I had a 38-pound bag, and the water was 87 degrees about a month and a half ago [late September], and they were in a foot of water or less. I always believe they are there, and I usually can catch them there.”

Though Lashlee looks to shallow bars earlier and longer than many, history on Kentucky Lake says that the bar pattern really shines in the fall, and is maybe at its peak from September on through October.

One adjustment that Lashlee makes as winter gets closer is that he begins to key a little on cover and not totally on bait. 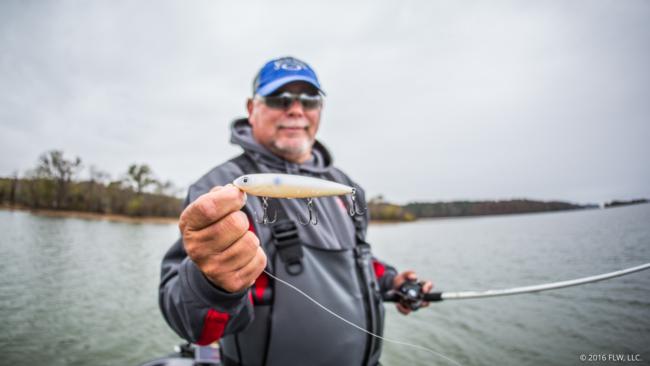 Lashlee says that since August, about 90 percent of his casts have been made with one bait: a Strike King Sexy Dawg.

In his opinion, the Sexy Dawg stands out from the rest of the crowd of topwater baits, and that for some reason it has a knack for enticing big fish. He usually throws the regular size (4 1/2 inches) rather than the Jr. (3 3/4 inches) on 17-pound-test mono and likes to change his hooks out to No. 2 Gamakatsu Round Bend hooks. Typically, Lashlee starts with bone as a standby color, but he’s got black, sexy shad, chrome and a few others in his box just in case.

Only if he knows fish have been in the area and they won’t bite will Lashlee make a bait change.

“There are days that they don’t want the Sexy Dawg, and I’ll go to a Strike King KVD Splash,” says Lashlee. “It’s like a Pop-R type bait, but I like it better and it’s a little bit bigger. There are days where they won’t hit the Sexy Dawg for whatever reason, and I can go to that Splash and just barely move it and get them to eat.”

Lashlee’s preference is for the Sexy Dawg, but there are many other walking baits that have a good reputation on Kentucky Lake. In particular, a pile of money has been won on the good ol’ Heddon Super Spook.

Whatever bait you choose, be prepared for some big bites if you get things dialed in. Brent Anderson has practically made a living winning FLW Bass Fishing League events on topwater in the fall on the Tennessee River, and Lashlee says that the bar pattern is the most common path to victory for much of the fall on Kentucky Lake.