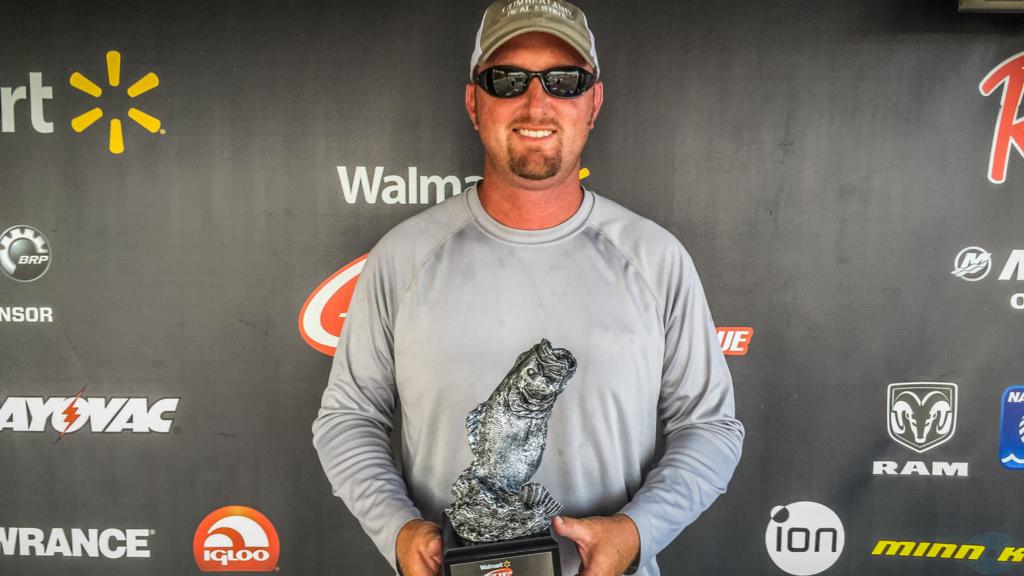 “I’m very familiar with the lake so I immediately targeted the areas where I’ve been catching them,” said Boggs who earned his second career win and 23rd top-10 finish in FLW competition. “There were a lot of boats around me and everyone was catching fish.”

Boggs said he targeted the backs of two creek arms near the middle section of the lake.

“I had a rough start to day one,” said Boggs. “I was losing fish early but still ended up with 13 pounds. I pitched a green-pumpkin-colored tube to wood and rocks and flipped a black and blue-colored jig to some docks. My pattern was unique because I was using a homemade lead weight on my plastics. It’s pretty innovative and has been a factor in my tournament performances.

“Day two I caught them the same way but was able to get a little more weight,” continued Boggs. “I was executing well and putting fish in the boat. The bite was tougher and the weights being brought in reflected that. It really came down to who had more experience on the water.”

Boggs said he caught approximately 22 keepers during the two-day competition.

“I had good-sized fish both days – they were all 2½ to 3-pounders,” said Boggs. “I didn’t really have any kickers but it ended up working out.”

Fox caught the biggest bass of the tournament in the pro division, a fish weighing 5 pounds even and earned the day’s Big Bass award of $472. 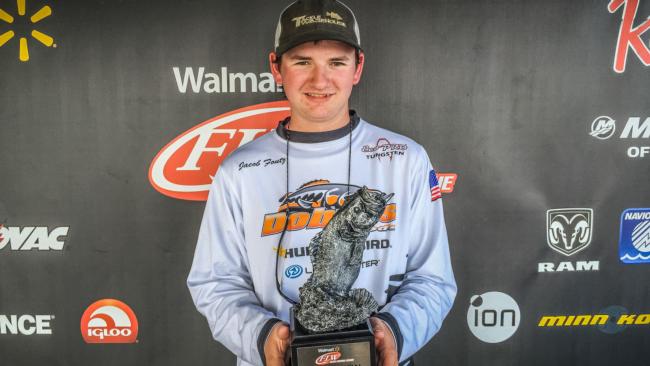 Jacob Foutz of Cleveland, Tennessee, won the co-angler division and $2,129 with a two-day total of eight bass weighing 14 pounds, 14 ounces.

Jason McCanless of Lebanon, Tennessee, caught the biggest bass of the tournament in the co-angler division and earned the day’s Big Bass award of $236.