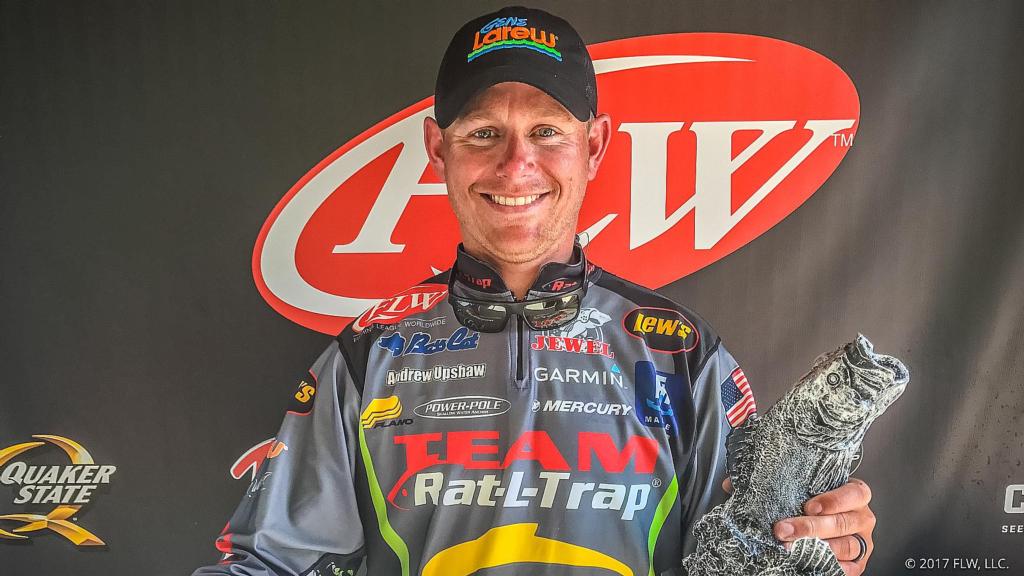 “I was fishing deep, in 20 to 24 feet of water, in areas near Three Mile Bridge,” says Upshaw, a former FLW College Fishing standout who is a six-year veteran of the FLW Tour. “I targeted stump rows using an 8-inch (Gene Larew) Tattletail Worm with a (Gene Larew) 7/16-ounce Hardhead.

“I’d find four or five stumps in a row along a breakline,” Upshaw explains. “The best stumps were right where it dropped from 20 to 24 feet. Once you find them relating to a specific depth on Toledo Bend that’s where they will be all over the lake.”

“I’d hit the Hardhead against the stump, and then let it sit there with a tight line,” says Upshaw. “Then the line would go slack or you would feel a bite. Most of the time it would go slack because they’d swim off with it.”

Upshaw said he caught most of his fish throughout the event on the Tattletail worm.

“I cranked one, but 90-percent of what I caught came on the worm,” says Upshaw. “With the dead-slick calm conditions, it was the perfect day for worm fishing.”

Hortman caught a gigantic bass weighing 10 pounds, 12 ounces – the heaviest of the event in the Boater Division – which earned him the day’s Boater Big Bass award of $780. 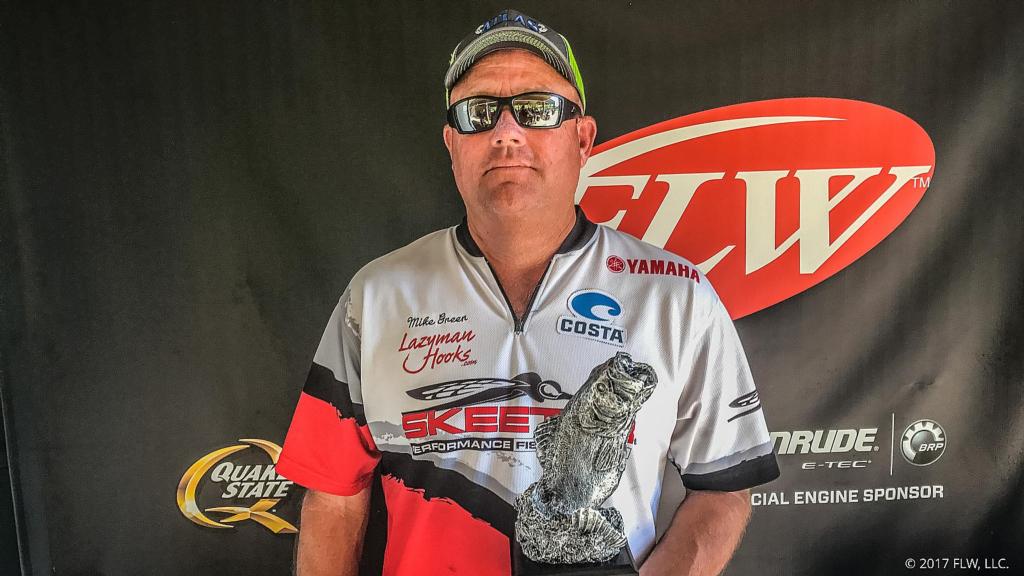 Michael Greer Jr. of DeRidder, Louisiana, won the Co-angler Division and $2,728 Saturday after bringing a five-bass limit totaling 16 pounds, 9 ounces to the scale.