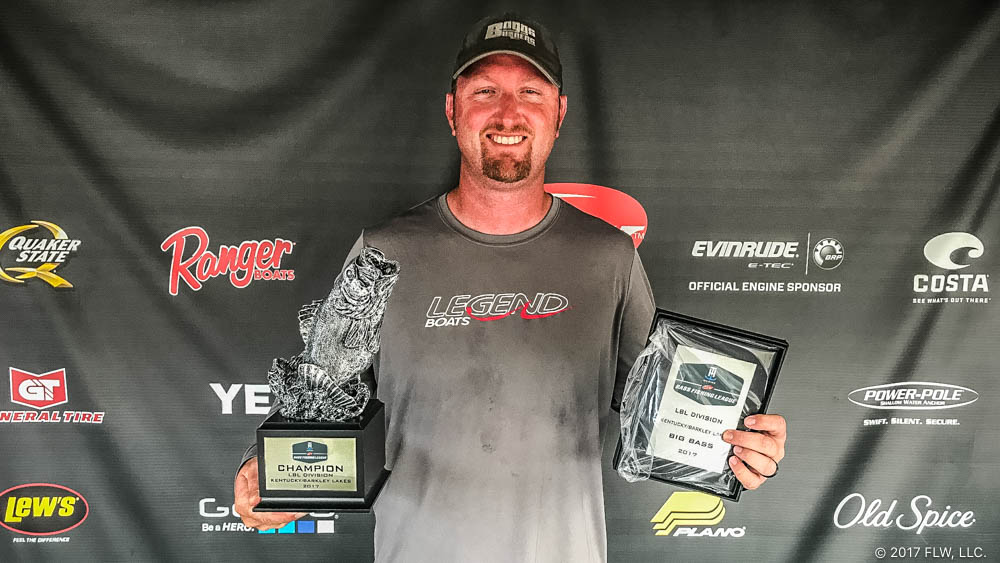 “Saturday was a special day on the water,” says Boggs, who earned his fifth career-victory in BFL competition. “I fished the same pattern recently in another tournament held on Kentucky Lake, but didn’t catch them like I did this weekend. I can’t tell you what made the difference. It was just a great day.”

Boggs spent his entire day fishing south of Paris Landing. He says he delivered a one-two punch of fishing ledges out deep and flipping wood up shallow to craft his limit.

“My two biggest bass came from the ledges on a prototype jig from Jenko Fishing,” says Boggs. “Around 9:30 (a.m.) I headed to main-lake shallows and flipped trees, laydowns and bushes to round out my limit.”

Boggs sat in 2 to 3 feet of water and threw a Tilapia-colored Big Bite Baits Craw Tube with a Jenko Creature Weight.

“I’d hop it up right under the surface and then let it fall freely,” said Boggs. “I put 20 good keepers in the boat just flipping the tube – it was nuts.”

Boggs’ largest bass weighed 7 pounds, 1 ounce and was the heaviest caught in the Boater Division. The catch also earned him the day’s Boater Big Bass award of $535. 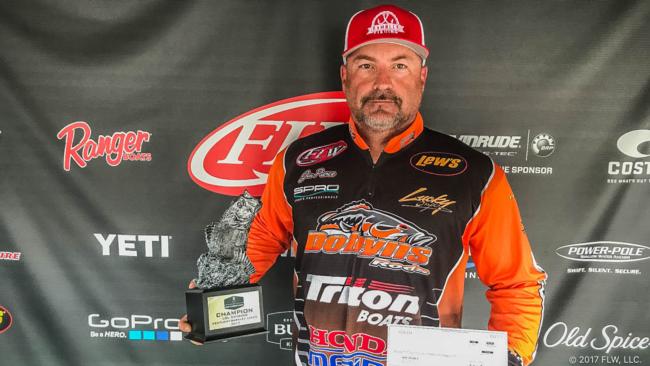