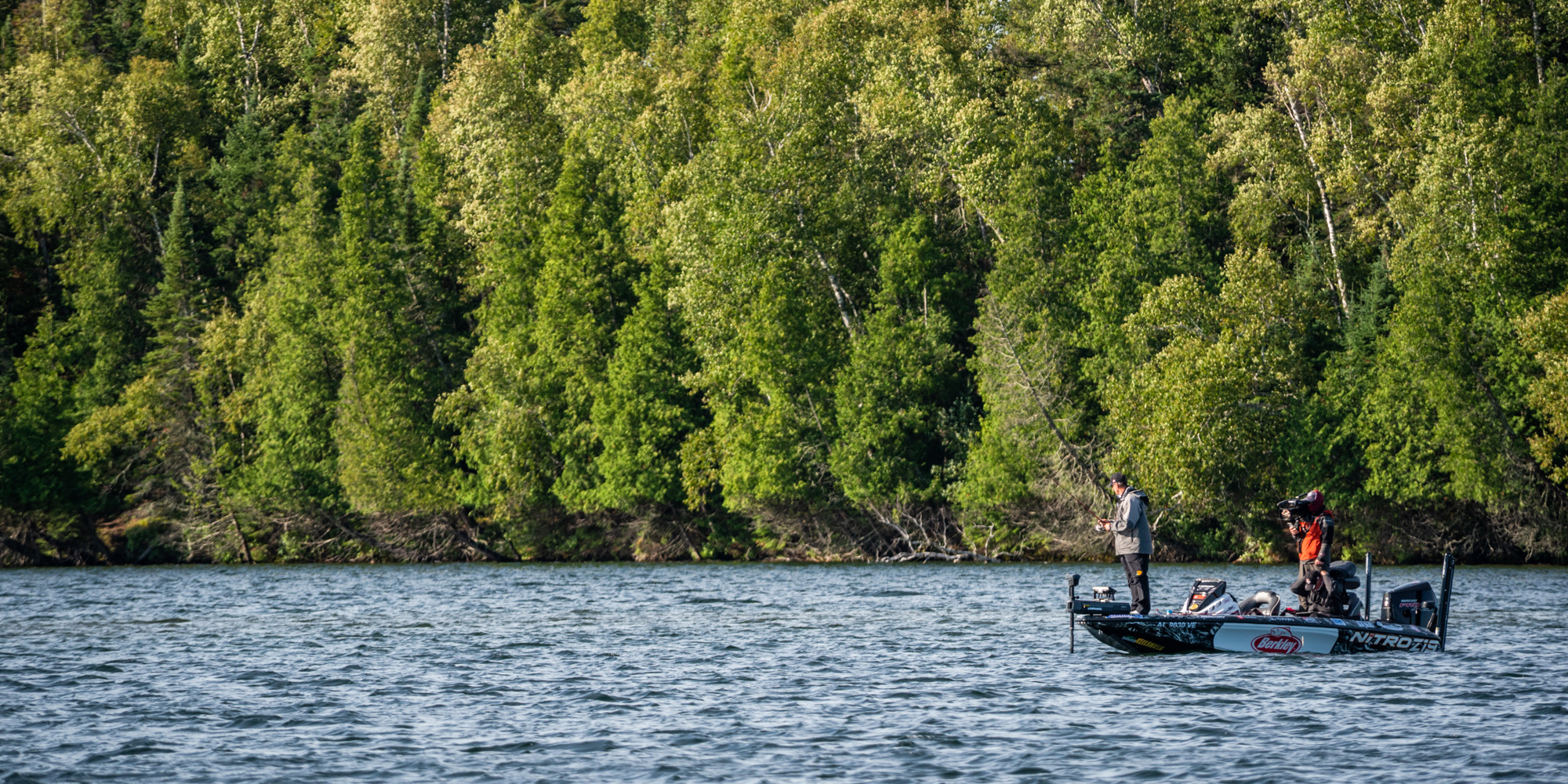 Of the seven MLF pros competing in Elimination Round 2, only the top three will continue on to the General Tire World Championship Presented by Bass Pro Shops Sudden Death Round. Photo by Garrick Dixon

GRAND RAPIDS, Minn. – Episode 4 of the 2020 General Tire World Championship Presented by Bass Pro Shops is set to premiere this weekend, Saturday, October 31, at 7 a.m. ET/PT on Discovery. The episode will showcase Elimination Round 2, which features the remaining seven anglers from Shotgun Round 2, competing on Wabana Lake.

MLF pro Cody Meyer was the winner of the Shotgun Round 2 and has advanced directly into the Sudden Death Round. The remaining seven pros from that round will compete in their Elimination Round Saturday on Discovery. The Elimination Rounds feature the remaining seven starting with their day one total and trying to add to it, to catch the largest total two-day cumulative weight. Only the top three will advance into the Sudden Death Round.

“In our Shotgun Round on Lake Pokegama, I caught a scorable bass on 15 or 16 consecutive casts, and at the end of the flurry, I asked my official what place I was in. When he told me that I was in seventh place, I started arguing with him. This fishing in this area is just nuts,” said Oklahoma pro Edwin Evers. “I’m sitting in fifth place coming into the Elimination Round and I know I’ve got my work cut out for me. My plan is to reassess the situation and just put as many fish as I can on the SCORETRACKER®. I know I’m really going to have to land on them.”

“My plan is to go smallmouth fishing, because it’s the only chance that I’ve got to overcome this 30+ pound deficit that I am in,” said pro Michael Neal of Dayton, Tennessee. “In our Shotgun Round I tried to largemouth fish and was actually leading into the second period, but the guys started to land on them and blew me out of the water quickly. I’m bringing everything with me, but I expect that I’ll be drop-shotting and looking for the big schools. If you can find the big school of smallmouth, you can light it up quick.”

The seven anglers competing this Saturday on Discovery will start the day in:

The 2020 General Tire World Championship Presented by Bass Pro Shops is a six-episode, two-hour series that features 16 MLF pro anglers visiting Northern Minnesota to compete on four different fisheries across the region, including Pokegama Lake, Wabana Lake, Turtle Lake, and Spider Lake. The fisheries are unknown to the anglers – they don’t learn where they are competing until they arrive to the launch ramp each morning of competition.

The General Tire World Championship, hosted by Visit Grand Rapids, will air on the Discovery Channel as six, two-hour original episodes each Saturday morning debuting on October 10, 2020, and running through November 14, airing from 7 to 9 a.m. EDT. The full television schedule can be found at MajorLeagueFishing.com/tv-schedule.