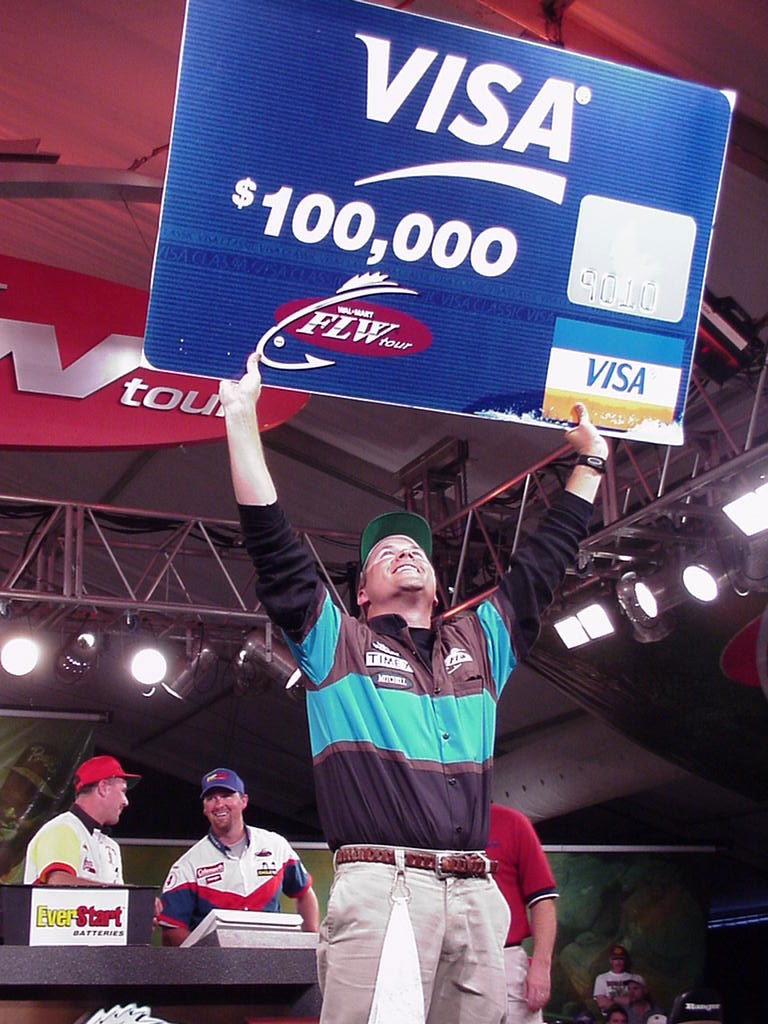 Martin caught his bass near Mobile, Ala., about 100 miles from the tourney’s takeoff location at Indian Point on the Pascagoula River using a crankbait near a mud flat in 12 feet of water.

“This is unbelievable,” said Martin, who qualified for the FLW Tour pro division by winning the Spiderwire Co-Angler of the Year title in 1999. “When I caught my biggest fish, I was freaking out. I thought it was a red fish until I got it to the boat. It showed its mouth, and I just about fell overboard.

“I have been dreaming about this moment my whole life, but I didn’t think it would come this soon.”

By winning the lucrative tournament, Martin automatically qualifies for the Wal-Mart FLW Tour Championship presented by CITGO Sept. 13-16, 2000, in Shreveport, La. There, he will fish against 49 of the world’s top bass anglers for $250,000 – the richest first place cash prize in bass fishing series history.

Rob Kilby of Hot Springs, Ark., placed third and collected $20,000 for an 8-1 catch from the CITGO boat. Gerald Swindle of Warrior, Ala., finished fourth and earned $16,000 for a 6-4 stringer followed Kim Carver of Milledgville, Ga., who weighed in a 2-9 catch to win $14,000. Swindle and Carver fished from the Coleman and EverStart boats respectively.

Rob Kilby of Hot Springs, Ark., earned the Energizer “Keeps On Going” award for the greatest comeback during the event. Kilby fought back from 49 th place after day one to make it into the final round.

Boasting a $4.4 million dollar purse, the 2000 Wal-Mart FLW Tour is the most lucrative bass fishing series in history. The next stop on the seven-event tour is March 15-18 on Lake Murray in Lexington, S.C.

EverStart Batteries presented the Biloxi tournament, which will air on ESPN at noon April 1.