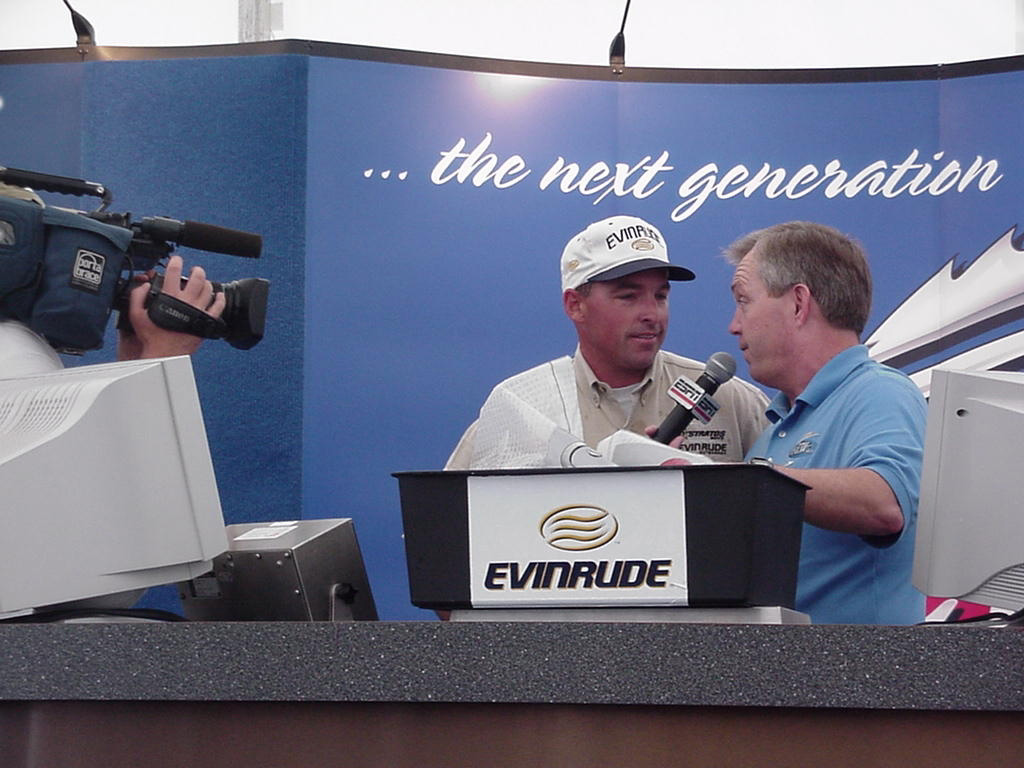 “It feels great,” Wendlandt said about leading the tournament with a two-day total of 10 bass weighing 41-12. “But I wish I hadn’t caught quite so many fish today. I just didn’t know what it was going to take to make the cut.”

Wendlandt also is leading the Land O’Lakes Angler of the Year race with 195 points after bumping Marty Stone of Fayetteville, N.C., out of the top spot. Randy Howell of Trussville, Ala., and Gerald Swindle of Warrior, Ala., trail Wendlandt with 163 and 154 points respectively. Stone dropped to eighth place with 140 points.

The winner of the Land O’Lakes Angler title will receive $25,000 and an Evinrude-powered Ranger 518 VX bass boat. The winner also will be featured on a special series of Kellogg’s cereal boxes.

In the Co-Angler Division, Mary Ann Martin of Clewiston, Fla., the mother of rising FLW Tour star Scott Martin, slid out of contention after a fifth place showing on opening day. Mary Parnell of Casselberry, Fla., however, made the cut in seventh place with a two day total of six bass weighing 12-15. Parnell was in third after day one.

David Hudson of Jasper, Ala., climbed the co-angler ranks with a 13-pound 11-ounce catch to take the lead with a two-day total of eight fish weighing 22-0. Hudson will lead the 10 remaining co-anglers into the second round for a shot at the division’s $15,000 top prize.

The biggest bass of the day, worth $500, was an 8-pound 4-ounce largemouth caught by co-angler Doug Caldwell of Kane, Pa. Co-Angler Quinton Stacy of Bassett, Va., however, won the Coca-Cola Big Bass award of $1,000 for the heaviest bass caught during round one, an 8-pound, 10-ounce behemoth that he landed on opening day. At the end of the season, Coca-Cola will award $5,000 to the pro or co-angler who catches the biggest bass of the year. Stacy is leading that race.

Anglers competing in the Pro Division will start over Friday and fish for one day to secure one of five slots in Saturday’s final round. Co-angler competition ends Friday.

Competition continues at 8 a.m. Friday at Lighthouse Marina located at 1925 Johnson’s Marina Road in Chapin, S.C. Friday’s weigh-in begins at 5 p.m. at the Wal-Mart Supercenter located at 5556 Sunset Blvd. in Lexington. Saturday’s action begins at 6:30 a.m. at Lighthouse Marina and the final weigh-in, which will be broadcast live to Wal-Mart stores nationwide, begins at 3:30 p.m. at Wal-Mart. The weigh-in also will air at 1 p.m. EST on May 6 as part of the Wal-Mart FLW Tour series on ESPN.