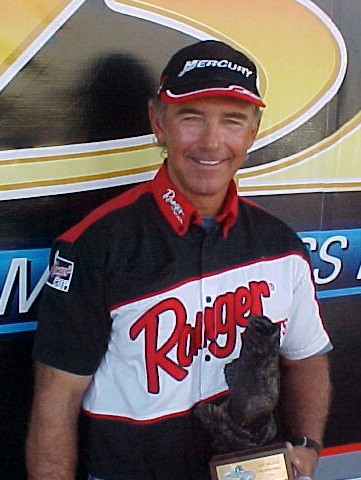 After qualifying for the final round of the two-day Super Tournament in fifth place with an opening day catch of five bass weighing 13 pounds, 4 ounces, Monsoor out fished runner up Jim Kowal of Onalaska, Wis., by 8 ounces to take the win. Monsoor, who also earned a $1,000 bonus from Ranger Boats as the highest finishing participant in the Ranger Cup incentive program and another $1,000 from GARMIN for using one of the company’s fixed-mount sonar products, caught his bass on homemade jigs in pools 7, 8 and 9.

Kowal qualified for the final round in third place with five bass weighing 13 pounds, 15 ounces and finished up with a 14-pound, 2-ounce catch to win $3,144.

Curtis Samo of Creston, Ill., won the boater Big Bass Award and collected $920 with a 4-pound, 12-ounce bass that he caught on shad-colored crankbait.

First place in the Co-Angler Division and $3,013 went to Rudy Wozney of Arcadia, Wis., who topped more than 100 competitors with a final round catch of five bass weighing 12 pounds, 7 ounces. Wozney also won the co-angler Big Bass Award of $430 with a 4-pound, 2-ounce bass that he caught on a green lizard while fishing sandy points.

The top 30 boaters and top 30 co-anglers in the Great Lakes Division will advance to regional competition Oct. 16-20 on the Ohio River near Paducah, Ky., where they will go up against top competitors from the LBL, Plains and Hoosier divisions for a shot at qualifying for the BFL All-American, which features an estimated purse of $345,000 and ranks as one of the most lucrative post-season tournaments in competitive angling. The top two boaters and co-anglers may also qualify for the Ranger M1 tournament in Mobile, Ala., Feb. 27-March 2, 2002, where they can win up to $1 million in the world’s richest freshwater tournament.