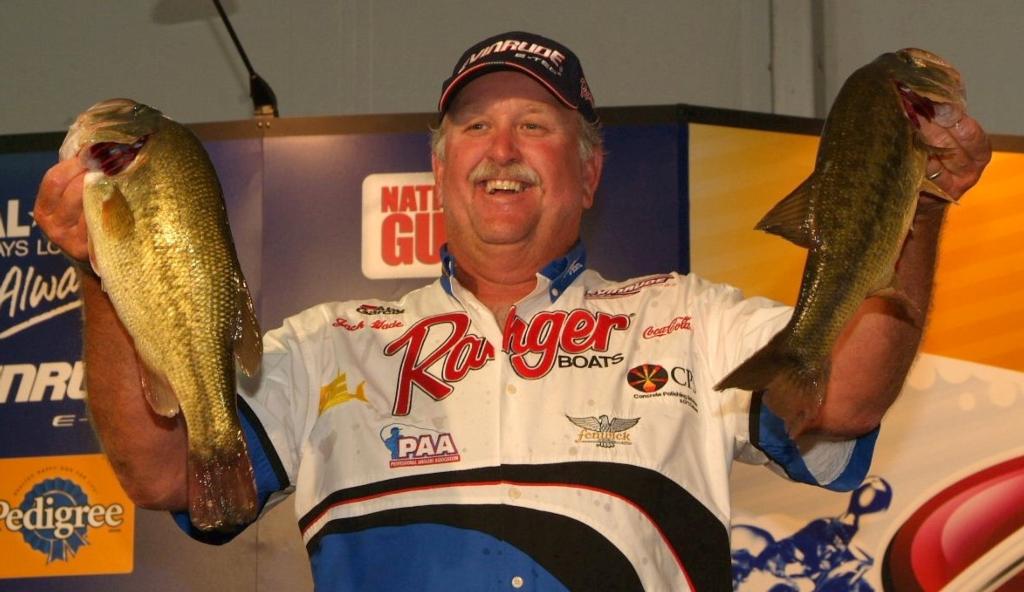 Jack Wade of Knoxville, Tenn., leads all pros out of the opening round at the Potomac River with a two-day weight of 37-13. Photo by Jeff Schroeder. Angler: Jack Wade.
July 23, 2007 • MLF • Press Releases

MINNEAPOLIS – Tune in Sunday, July 29, to “FLW Outdoors” on FSN for complete coverage of the Wal-Mart FLW Tour event on the Potomac River near Washington, D.C. The $1 million tournament, which was presented by Snickers, awarded the winning bass pro a cash prize of $125,000.

The one-hour show is the first of a two-part series covering stop No. 5 on the $9.5 million FLW Tour. The Potomac River is famous for its prolific grass fishing and this event has been no exception. The two-day opening round was cloudy and unseasonably cool, allowing fishermen to capitalize on a strong topwater bite. Knoxville, Tenn., pro Jack Wade leads all competitors with a two-day total of 10 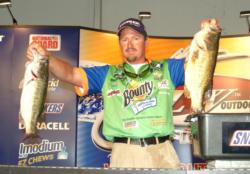 bass weighing 37 pounds, 13 ounces. Wade has had an unbelievable practice, averaging over 18 pounds per day for five fish. He is using a combination of jigs, plastics and topwaters.

Also in contention is Bounty pro Ken Wick of Star, Idaho. A former fly fisherman, Wick is now thriving against the bass anglers in the world. At the conclusion of the opening round, Wick is sixth with a two-day total of 34 pounds, 14 ounces. He’s catching his fish on a topwater toad and on a 3/4-ounce jig. Wick is tipping the jig with a Berkley Chigger Craw, targeting both grass and wood.

In addition to the $125,000 first-place purse, valuable points are at stake. This event is the second-to- 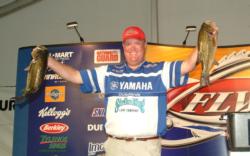 last qualifier of the season, meaning every cast counts. In the Land O’Lakes Angler of the Year update, viewers get a closer look at the five pros gunning for the most prestigious title in professional bass fishing: Jay Yelas, Shinichi Fukae, Mark Davis, David Dudley and Andy Morgan. Along with the title, the winner earns $65,000, including a fully-equipped Ranger boat and $25,000 cash.

In the Duracell Angler Spotlight, Dudley and his father James talk about their history fishing together. Both Dudley’s made the top-10 cutoff, David in the Pro Division and James in the Co-angler Division. 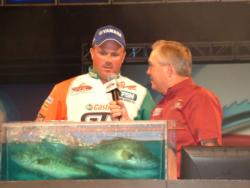 In addition, pro Curt Lytle of Zuni, Va., participates in this edition of Fishing 101. Lytle, who caught a limit on day one that weighed 16 pounds, 7 ounces, explains the importance of changing baits with the changing tides.