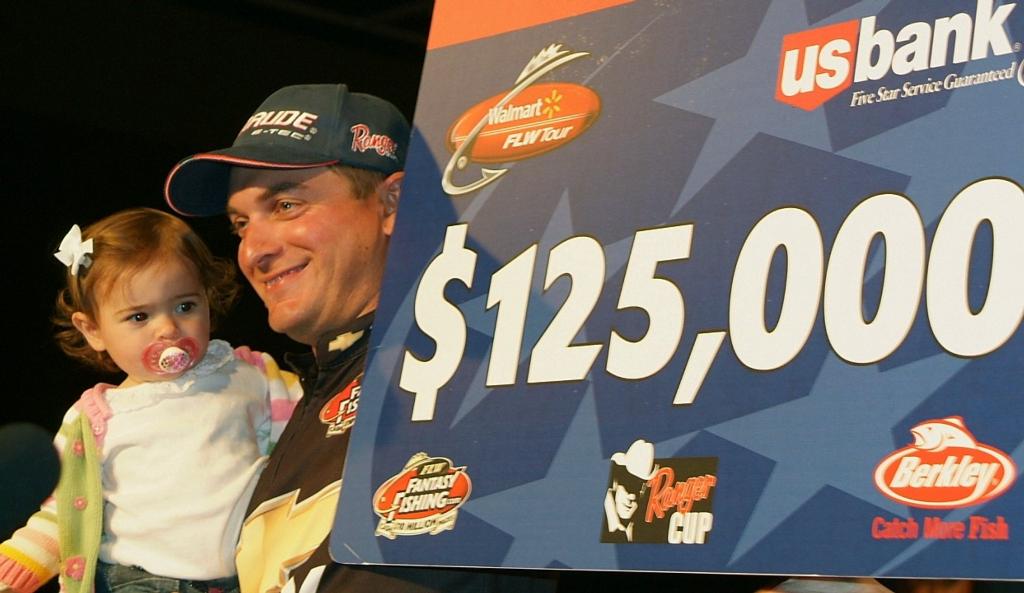 MINNEAPOLIS – In mid-March, the world’s best bass anglers converged in Branson, Mo., for the second Walmart FLW Tour event of the season on Table Rock Lake presented by Berkley. Complete coverage of the tournament, which saw record-breaking crowds, will air Sunday, April 19 from 12:30-1:30 p.m. ET on VERSUS as part of the weekly “FLW Outdoors” program. The first-place purse of $125,000 went to Chevy pro Anthony Gagliardi, but the title was up for grabs until the 2006 Angler of 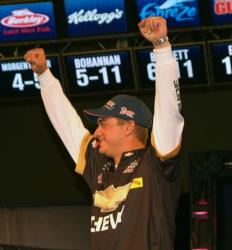 the Year made a key adjustment.

With just two keeper bass in his livewell at midday on day two, Gagliardi was in survival mode, hoping to scratch out enough weight to simply get a check. Then he moved his boat off the bank, picked up a deeper-diving jerkbait and began fishing where his boat had just been sitting. The move proved to be the correct one as Gagliardi filled his five-bass limit and made the top-10 cutoff in eighth place. Over the next two days, the Prosperity, S.C., native caught 28 pounds, 14 ounces and claimed the third FLW Tour title of his young career. 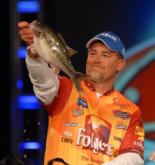 Eleven ounces behind Gagliardi was Folgers pro Scott Suggs of Bryant, Ark., who took home $50,000 as a consolation. While most anglers focused on largemouths, Suggs started each morning by working a 4-inch Berkley Hollow Belly swimbait through schools of suspended spotted bass over 130 feet of water. Once he attained his limit, Suggs would then attempt to upgrade by fishing with a 3/4-ounce jig in shallow water.

Scott Canterbury of Springville, Ala., finished third with a two-day total of 26 pounds, 3 ounces worth $40,000. Canterbury spent the week fishing steep banks with a Wiggle Wart crankbait. After two top- 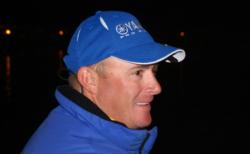 10s in the first two events of the season, the 2008 Rookie of the Year is now tied with David Walker for the Land O’Lakes Angler of the Year lead at 391 points.

“FLW Outdoors,” hosted by Jason Harper, is broadcast to approximately 500 million households worldwide, including internationally through agreements with WFN (World Fishing Network) and Matchroom Sport to such countries as Canada, Germany, China, South Africa, Australia, Malaysia, Russia, Hungary and the United Kingdom, making it the most widely distributed weekly outdoor-sports television show in the world.