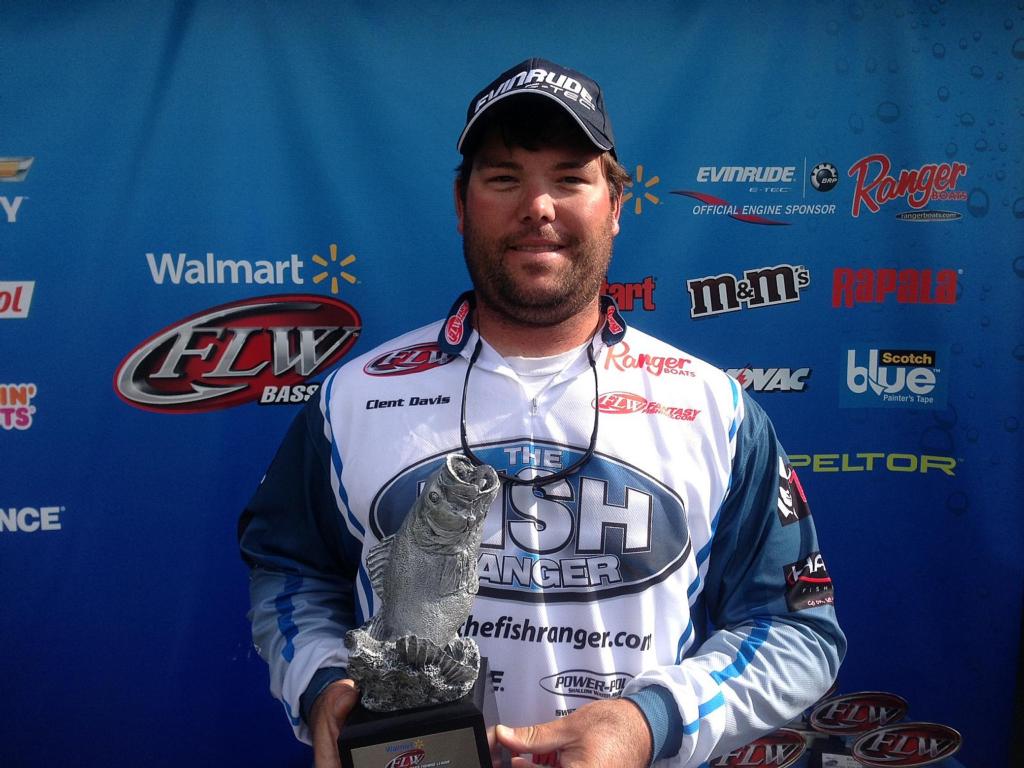 “I need to start fishing this lake more often,” said Davis with a smile after winning his second tournament of the year on Lay Lake. “This is my home lake, and I am pretty comfortable fishing here.

“Saturday was a miserable day,” Davis went on to say. “It rained all day. If anything, that probably helped the bite. I was fishing Lay Lake grass or bank grass staying about 2 feet deep. I was using a Dirty Jig Swim Jig, white, with a NetBait Kickin’ B on a 7’6″ heavy Halo Rod with a Halo reel. To fish the super thick grass that I was fishing you really need the right equipment to pull those bass out of the grass.”

Davis was running and gunning on Saturday, hitting about 30 to 40 spots and staying on each spot only as long as it took to fish the area. He indicated that there was a shad spawn going on and said he caught 30 to 40 fish that averaged about 2 pounds each.

Davis said the weights for the tournament were a little lower than he anticipated. “Lay Lake has been on fire the last two years. I guess it was post-spawn, so the weights were down from what I have seen lately.” 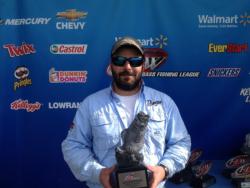