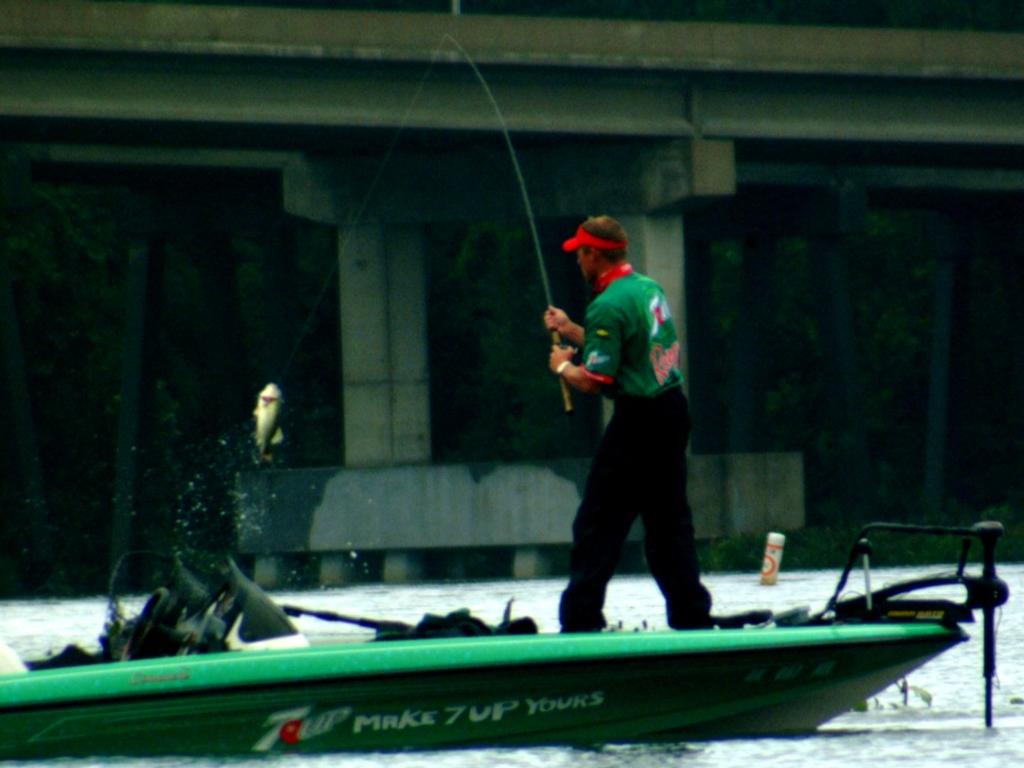 RICHMOND, Va. – To be sure, the 2003 FLW Championship has not been easy on the anglers. Battling the intense pressure of daily head-to-head duels, grappling with the mind-numbing task of deciphering the mysteries of the James River tidal system and enduring nearly every weather condition imaginable, the 12 surviving pros have clearly earned their place in the finals. However, if the field was looking for a break in today’s competition – perhaps a little bit of love and kindness from Mother Nature – they weren’t going to get it.

As the anglers departed Osborne Boat Landing shortly after 7 a.m. Saturday morning, they did so against the backdrop of generally miserable conditions. With steady rains expected to fall throughout the day and a healthy wind whipping down from the north, it was clear that the weather would test the mettle of some of the nation’s best professional bass anglers for the fourth consecutive day.

“The weather is not anything we really planned for or expected,” said VanDam, shortly before takeoff. “It’s really affected my pattern, and I’m going to have to go somewhere else and try something new today. But I’m going to go for it.”

Greg Hackney of Gonzales, La., who produced the biggest overall stringer in yesterday’s semifinals at 14 pounds, acknowledged that the past week has frayed a lot of nerves. 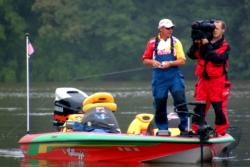 “It’s been a rollercoaster ride so far,” said Hackney. “I’ve had to adjust every day. But so far, everything has worked out. I’m just going to go fishing and see what happens.”

David Dudley of Manteo, N.C., said that while the pressure of fishing for $500,000 is palpable, he said the competitive spirit is really what drives him to succeed.

Although most of the anglers admitted that the weather and excessively high water have thrown a major kink in their plans, Cody Bird of Granbury, Texas, had the opposite view.

“Everyone’s complaining about the high water, but I really don’t mind it,” he said. “I think that it kind of works to my advantage.”

With the tension mounting, there was also an indication that the psychological war and steady stream of gamesmanship was taking its toll as well. 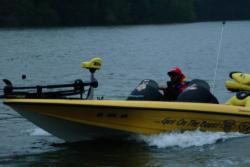 “(Larry) Nixon says he has a hand injury and now Kevin (VanDam) says he’s going to fish new water. It sounds like mind games to me,” said Alvin Shaw, the 48th-seeded angler who has defied the odds against higher-seeded opponents for three straight days to earn a berth in the finals. “But I’ll tell you what, it doesn’t get any better than this.”

The 2003 FLW Championship final weigh-in is scheduled to take place at 5 p.m. at the Greater Richmond Convention Center, located at 300 North 5th St. in Richmond, Va. In addition, visitors will be able to check out the outdoor sports and boat show at the same location beginning at 11 a.m. All events, including the weigh-in, are free of charge and open to the general public.

For fans outside the Richmond area, you can follow the drama of the head-to-head bracket weigh-ins live every day on FLWOutdoors.com. Complete with live, streaming audio and results, FLW Live is your fastest and most complete option for catching all the action from the 2003 Wal-Mart FLW Tour Championship. Transmission begins every day at 4 p.m. Central Daylight Time.