Showdown in the Bluegrass State 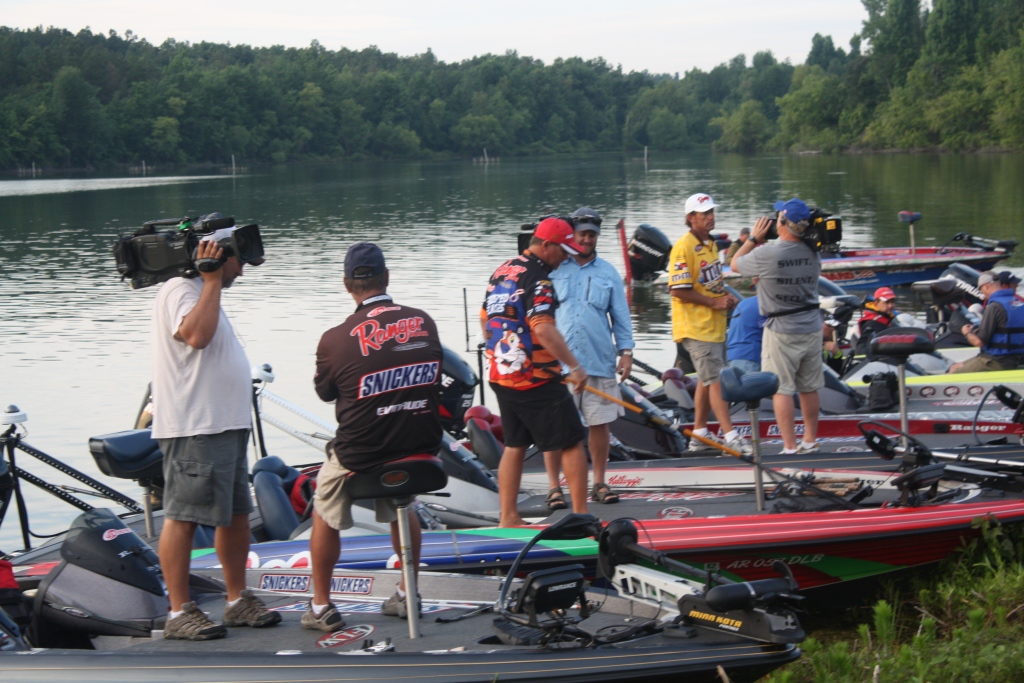 GILBERTSVILLE, Ky. – As the top-10 pro finalists at the Walmart FLW Tour event on Kentucky Lake suited up with cameras and arranged their gear for the final day of competition, eight of them had the same thing on their minds: how to get past Chris Baumgardner and Dave Lefebre.

Complicating matters is another change in forecast – while yesterday’s winds bedeviled competitors, today could bring rain and scattered thunderstorms. Baumgardner may have something figured out that is unaffected by the weather, which could be an advantage. He currently leads the tournament with 58 pounds, just 2 ounces better than Lefebre, who headed out this morning with a three-day weight of 57 pounds, 14 ounces.

Rain, sun or wind, this is still Kentucky Lake, and numbers don’t lie. Fish are everywhere, and if you can find the right school of fish and offer them the right kind of bait, bringing in 25 pounds is absolutely not out of the question. 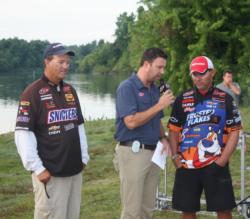 “On these ledges, you never know what can happen,” said Straight Talk pro J.T. Kenney, who is currently in fifth. “You can catch three 6-pounders back to back to back. When they get fired up, anything can happen.”

As for the leaders, both Baumgardner and Lefebre feel they have the fish to make it happen. Both have one Tour victory to their credit, and both would like to add a second.

“I feel pretty good this time,” Baumgardner said. “There’s a lot of big fish, and it’s my turn.”

“I used to watch Chris fish when I wanted to be a big-time fisherman,” Lefebre said. “It’s interesting. It’s going to be fun to shoot it out with him today.”

Lefebre shared the same sentiment as Kenney as far as the unpredictable nature of a competitive fishing tournament.

“It’s one of those scary things – you don’t know til the derby’s over if you made the right decisions or not,” he said.

Baumgardner, Lefebre and the rest of the top 10 will weigh in their final catches today at the CFSB Center at Murray State University located at 1401 State Route 121 North in Murray beginning at 4 p.m.

Fans who can’t make the final weigh-in in person can also tune into FLW Live on FLWOutdoors.com shortly before 4 p.m. Central Time to watch live streaming video and audio of today’s weigh-in.

Wind: from the southeast at 7 mph