Interesting facts and events from the Tour opener 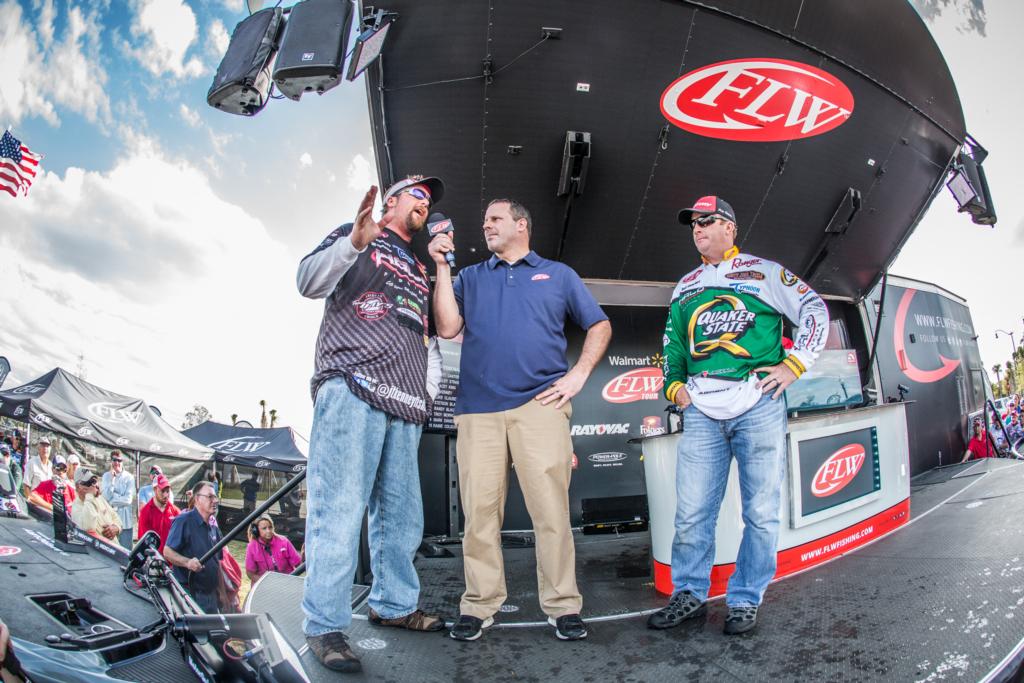 The Walmart FLW Tour event presented by Mercury on Lake Toho provided the 20th-anniversary season a proper sendoff. It was emblematic of the seasons that came before and had all of the hallmarks that FLW fishing fans have come to expect. A couple of strong 11th-hour charges for the title, environmental challenges in the form of dramatic weather and water changes, and a nail-biting finish were befitting of two decades of the Tour.

We wanted to break down a few of the more subtle storylines as well, in order to put this season’s opener into perspective. Here goes. 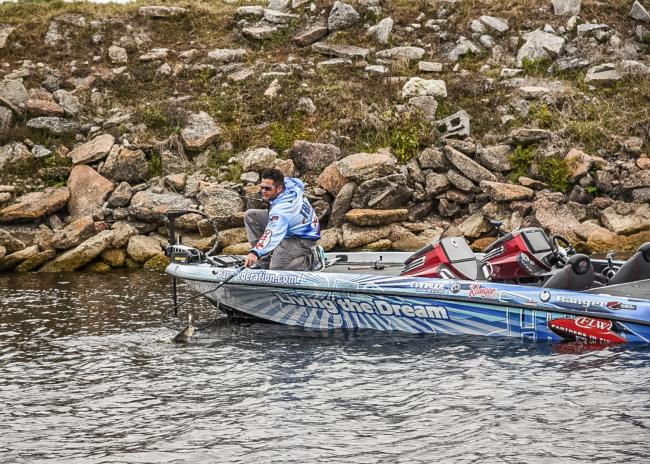 Troy Morrow (eighth), the 2010 Walmart Bass Fishing League All-American champion, represented his fishing roots well, and so did Shane LeHew (18th), The Bass Federation’s 2007 Junior National Champion in the 15- to 18-year-old age group. Two TBF national champions, James Biggs (11th) and Mark Daniels Jr. (ninth), took their shots at the title, and even FLW’s co-angler program put one of its former greats in the top 10. Stetson Blaylock, the 2008 Co-Angler of the Year, finished sixth. 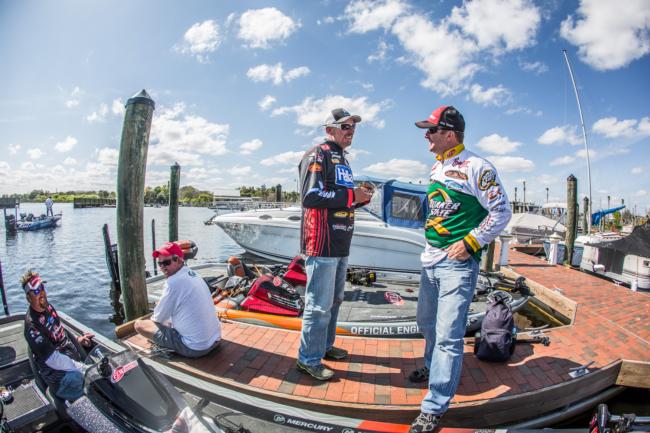 Sunday’s final weigh-in had the hundreds of fans in attendance on the edge of their seats. It seemed as if Tennessee pro Wesley Strader had the winning bag after enjoying a half-hour of non-stop fishing action that morning. Just before Strader went to the stage to be greeted by Weighmaster Chris Jones, Canterbury had weighed in a 21-pound, 10-ounce limit anchored by a fish that bumped 8 pounds. Then Strader weighed his limit, but it came up short by less than a pound. At that, the buzz seemed to favor Canterbury as being the champion only waiting for his crown, because the word was out that JT Kenney didn’t have any kickers that would keep him regain the lead.

Kenney needed more than 8 pounds to regain the lead and the title from Canterbury; he had 9-4. It ended an emotional roller coaster for the Florida pro, who, by mid-afternoon Sunday, realized that victory was apparently slipping from his grasp.

“Very worst case, I need 17 pounds today to make this happen, and right now I have about 8,” he said within earshot of FLW photographer Garrick Dixon. “I know I’m doing the right thing, and I’d be flabbergasted if I didn’t catch a good fish.”

He didn’t catch one, but it didn’t matter. 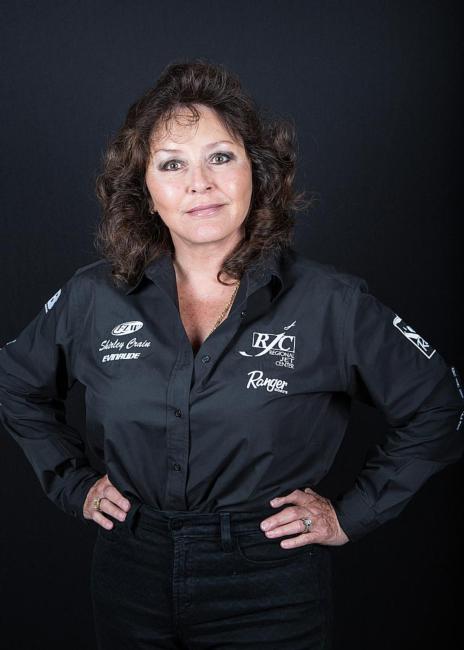 Everyone likes a trooper, and Arkansas pro Shirley Crain garnered new fans when she showed up for the tournament with a broken ankle. In fact, Crain broke her foot and tore tendons in her lower left leg due to an accident in her garage. She had extensive surgery and was ordered by the surgeon to stay off her foot for several weeks so it could mend. She took a shortcut to recovery and fished at Toho instead.

Crain attended the registration and rules meeting Wednesday evening in a wheelchair being pushed by Kentucky pro Charlie Evans. In fact, a helping hand was never far away from Crain.

“My co-anglers were extremely helpful and did everything for me except fish,” says Crain. “In the two preliminary rounds, however, she proved her toughness by catching limits of 11-11 and 6-15 to claim 101st place.

“The best therapy for me is to fish in tournaments,” says the only female pro on the Walmart FLW Tour. “I’ll be at Lewis Smith Lake in a few weeks, too.” 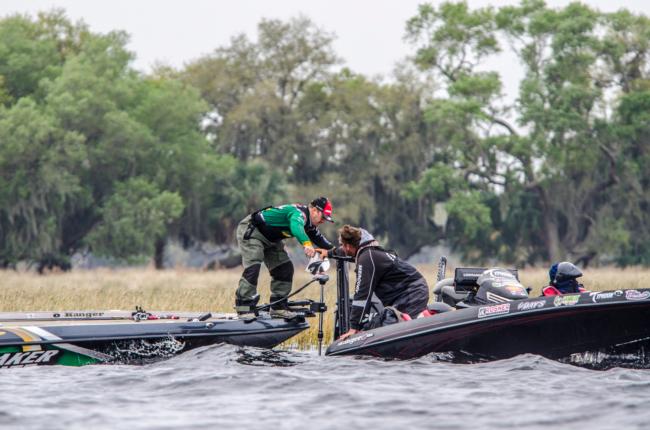 A Friend in Need …

Though Tour pros compete against each other with genuine determination, that doesn’t mean they can’t be friends. Kenney provided an example of the general friendship that competitors feel toward each other Friday when he loaned Canterbury a spare prop after the latter spun the hub on his.

Obviously, Canterbury went on to fish the entire tournament and came within a cat’s whisker of winning. 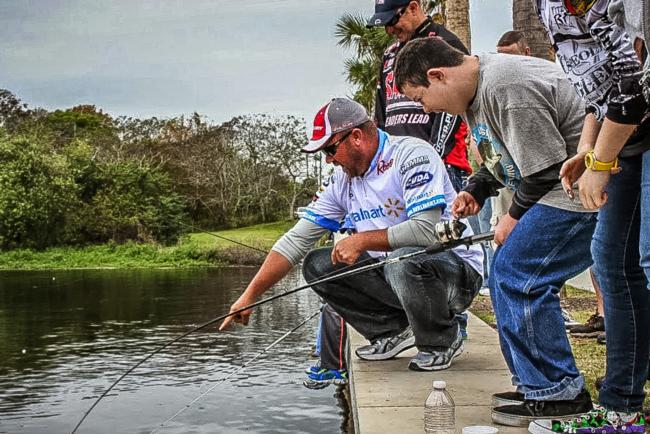 Reading, writing and arithmetic weren’t the only subjects taught when seven Walmart FLW Tour pro anglers hosted assemblies at Reedy Creek Elementary and the Osceola County YMCA as part of the Get Outdoors. Go Fish! program.

Reedy Creek Elementary was the first visit of the day. Approximately 300 4th- and 5th-grade students at Reedy Elementary gathered at the school’s outdoor pavilion and listened as the pros talked about the different aspects of school subjects and how they correlate to fishing. Topics ranged from science and biology to engineering and meteorology. During the second half of the visit, the students were divided up and paired with anglers who showed them their boats and tow vehicles while stressing various boating safety points.